COMMENTARY || Becoming Indigenous: The rise of Eastern Métis in Canada 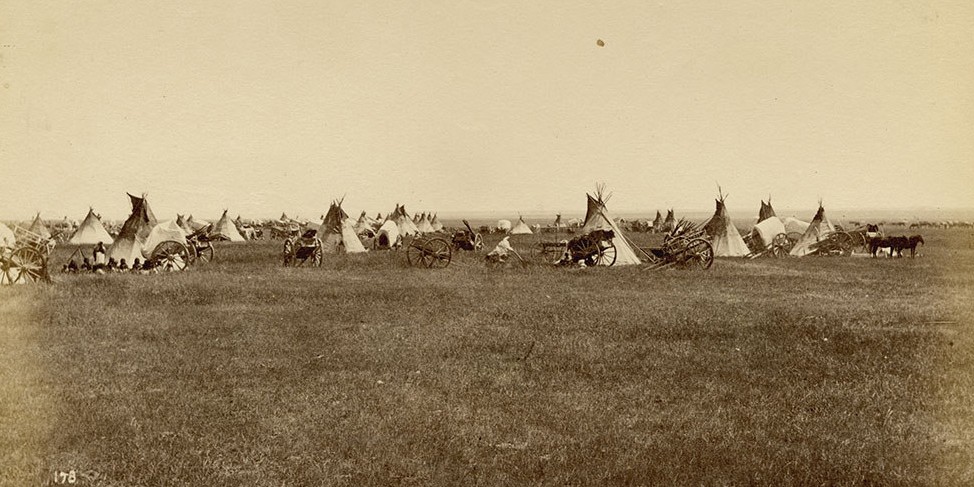 Métis experts contend respecting how Indigenous communities understood themselves historically and continue to identify in the present is of the utmost importance as a matter of Indigenous self-determination.

By ADAM GAUDRY and DARRYL LEROUX

Since the early 2000s, there has been a meteoric rise in the number of people self-identifying as Métis in Eastern Canada. New census data shows the highest increases in self-reported Métis people between 2006 and 2016 were in Québec (149.2 per cent increase) and in Nova Scotia (124.3 per cent). In Canada during the same period, the increase was less than 60 per cent.

Rather than a spike in birth rates, almost all of the increase is due to to white Franco-Québécois and Acadian settlers “becoming” Indigenous. To go along with these numbers, nearly 30 Métis organizations were founded in both provinces during roughly the same period. (For the purpose of this article, we use italics for those claiming to be Métis to differentiate them from those connected to the Métis Nation.) Newly established Métis communities are stylizing themselves as the authentic inheritors of Indigenous nationhood, claiming that for many generations their ancestors were “hidden in plain sight.”

These practices are associated with what we call settler self-Indigenization, or the tactical use of long-ago ancestors to reimagine a Métis identity. This practice disregards the development of Métis peoplehood out West. These new Métis often find legitimacy because of settler confusion over forms of Indigeneity based on kinship and belonging.

We recently analyzed two organizations that reflect French-specific claims to Indigeneity: the Bras d’Or Lake Métis Nation (BDLMN), based in Cape Breton, and the Métis Nation of the Rising Sun (MNRS), based in Gaspésie.

Together, these organizations claim to represent nearly 20,000 people and are currently involved in legal efforts to have their members recognized as Aboriginal people under the Constitution Act, 1982. These efforts, however, find concerted opposition from leaders of the Métis Nation, an Indigenous people of the prairies, and regional Mi'kmaw populations.

Métis have typically been misrecognized as mixed-descent, mixed-“race” identity, rather than a political and historically coherent Indigenous people, says Chris Andersen in his book, “Métis”. Canada has long resisted recognizing the Métis Nation as a self-governing Indigenous nation that predates the formation of Canada.

The major problem with using a mixed-raced understanding of Métis is that it finds Métis everywhere and in so doing denies the more explicit peoplehood of the Métis Nation. Andersen argues Métis people should be recognized as those who belong to the Métis Nation.

While it is true in the early days of New France some colonists formed alliances and or intermarried with some Indigenous peoples, these relations did not give rise to distinct peoples.

Respecting how Indigenous communities understood themselves historically and continue to identify in the present is of the utmost importance as a matter of Indigenous self-determination.

A common theme that emerges from our research is that Eastern Métis organizations are deeply invested in the settler status quo, despite bold claims about their “Indigeneity.”

For example, the BDLMN locates its origins in the inland fur trade, with its voyageur heritage, while also erasing the historical presence of Indigenous nations. The BDLMN says its ancestors “play[ed] an integral part in forging and forming Canada” by “exploring uncharted lands for the purpose of . . . being recognized by the British Crown.”

As major contributors to the Canadian colonial project, these explorers helped Canada open up lands that were unknown, undiscovered and open to appropriation by Acadian “Métis” voyageurs. The prior control and governance of these lands by Indigenous peoples—many of whom they claim as ancestors—rarely factor into these narratives.

BDLMN members also connect their legitimacy as Canadians by highlighting their standing as “taxpayers” and placing themselves in opposition to the Indigenous Mi’kmaq 13-member assembly of Nova Scotia, who are questioned, apparently because they don’t pay taxes.

For example, the BDLMN “chief” disparages the 13-member Assembly of Nova Scotia Mi’kmaq Chiefs, who question "Maritime Métis” motives: “So what we have here . . . are 13 chiefs who do not vote, don’t pay taxes, receive millions from the taxpayer, telling government how to run the province dictating Aboriginal Métis rights, [for Métis] who do vote and who do pay taxes.”

The BDLMN constructs its members as taxpaying and voting Canadian citizens whose claims to Aboriginal rights are more robust than those of the Mi’kmaq.

Their strategy for political recognition actively undermines Mi’kmaw sovereignty and self-determination by appealing to colonial discourses circulating in Canadian society about Indigenous life—in this case, that the Mi’kmaq don’t contribute to society and ultimately work against their more legitimate Métis rights.

Nearly a thousand kilometres to the west along the Trans-Canada Highway in Gaspésie we find the headquarters of the Métis Nation of the Rising Sun (MNRS), the organization representing the largest number of Eastern Métis individuals (about 16,000 as of April 2017).

The MNRS has a tendency to portray its members as the only authentic Indigenous people in “their” territory. For example, the MNRS made several audacious historical claims in a public document that it prepared for a government commission in 2007.

It asserted the Quebecois Métis are the only remaining Indigenous people in Quebec: “We present this document to you as the only direct descendants of Québec’s First Peoples whose members were not all killed by microbial shock. We stand as witnesses to the errors of Official History, which teach us that there are Métis and Indians while there is only one Indigenous Nation in Quebec.”

In this case, the Quebecois Métis construct themselves as withstanding biological elimination due in large part to their European lineage, which offered them immunity to disease.

The organization’s statement to government continues: “Your creation of reserves, which began in 1831–32, forced only the most miserable among us to live there…[We] refused to die on ‘your’ reserves . . . We remained free due to [our] inhuman efforts. Diseases that came from Europe . . . killed the [Indigenous] half of ourselves. Only the descendants mixed with Europeans survived these plagues.”

For the MNRS, whose membership more than doubled in 2016 following the SCC’s Daniels Supreme Court decision (which many Eastern Métis claim recognizes their rights, when it is actually a question of federal/provincial jurisdiction over Métis matters). Their authenticity as Métis comes from the fact that they lay in hiding as French settlers for over two centuries.

While the material we examine is quite specific to French settler politics and history, other scholars have highlighted similar tendencies among white settler peoples.

Most analogous is the self-identified Cherokee phenomenon in the United States, a situation that has reached epidemic proportions—only a third of those who claim a Cherokee identity are enrolled in one of the three federally recognized Cherokee tribes.

In 2011 there were over 250 self-identified Cherokee “tribes” in the U.S., according to anthropologist Circe Sturm. Like efforts by self-identified Métis, Sturm suggests that “race shifting” among white Americans to Cherokee identity is an attempt to “reclaim or create something they feel they have lost, and . . . to opt out of mainstream white society.”

The end result, however, has been the proliferation of self-identified Cherokee tribes in the U.S. and Métis commmunities in Eastern Canada with minimal connections to Indigenous peoples who they claim as long-ago ancestors.

There’s also a more immediate problem, given that the Aboriginal Peoples Survey public policy instrument, if governments take this trend at face value, it could diminish the already inadequate public policy resources directed to Indigenous communities.

Adam Gaudry is an assistant professor in the faculties of native studies and political science at the University of Alberta. Darryl R. J. Leroux is an associate professo in the Department of Sociology & Criminology at Saint Mary’s University.

This article orginally appeared in The Conversation Oct. 25.

COMMENTARY || Becoming Indigenous: The rise of Eastern Métis in Canada