Volunteers have been instrumental in preparing specimens for research that is revealing more about dinosaurs, says renowned U of A paleontologist Philip Currie. 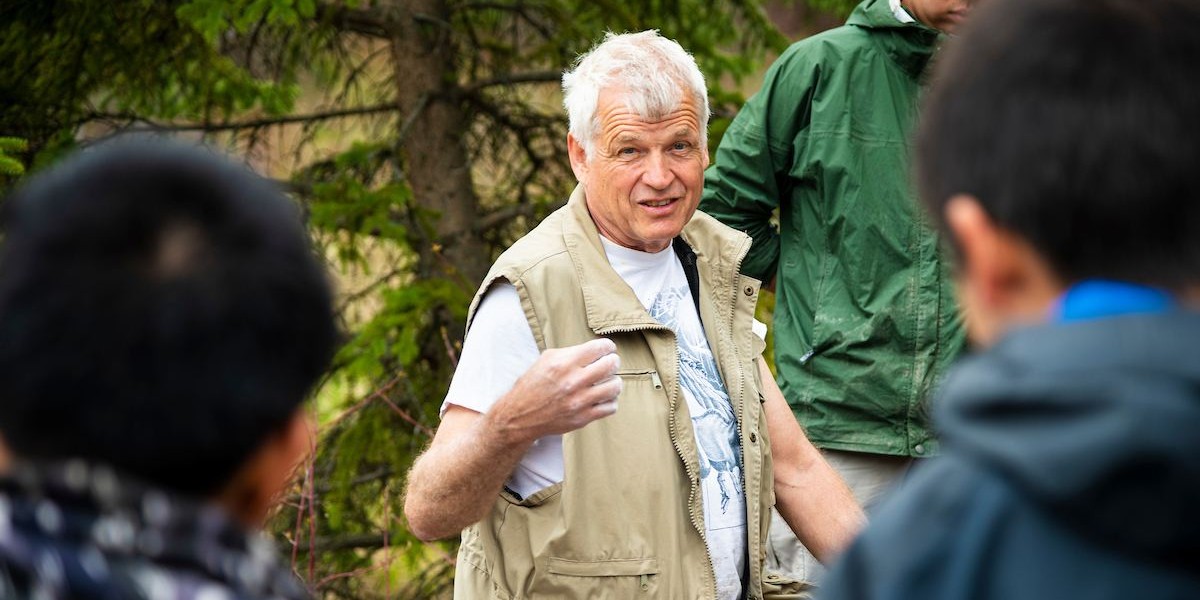 U of A paleontologist Philip Currie says Alberta is one of the few places in the world where students can gain experience in discovering, collecting, preparing and curating dinosaur fossils. (Photo: John Ulan)

When I moved to Alberta in 1976 to become the curator of paleontology at the Provincial Museum of Alberta (now the Royal Alberta Museum), I was hamstrung by a lack of funding and an attitude that suggested there was no point in putting money into collecting dinosaurs because there were none left. The thought was that they had all been collected by eastern museums in the early decades of the 20th century.

It took a year to realize that without funding and manpower, I could find dinosaurs but I could not collect them.

My first volunteer was a high-school student, but he made a difference. More discoveries led to more publicity. And we built the volunteer program into a highly successful international program that not only helped us collect dinosaurs, but influenced the development of the science itself by giving future researchers the chance to work on Alberta’s fantastic paleontological resources.

More publicity led to more funding and more volunteers, which created a positive feedback system that eventually became a major contributing factor to the creation of the Royal Tyrrell Museum. One could even argue that it was a major factor in today’s unprecedented international interest in dinosaurs.

Thirty years later, I left my highly successful career in Drumheller to take an academic position at the University of Alberta. The university had been collecting dinosaurs since the 1920s but had fallen woefully behind in the preparation of specimens. In addition to what was then an 85-year-old backlog of unprepared dinosaurs, I was actively collecting new specimens from some of the richest dinosaur sites in the world.

Finding and collecting dinosaurs is just the beginning of a manpower-intensive process that ultimately leads to the publication of scientific research papers and the creation of public displays, amongst other things. Although better funded than I had been when I arrived in 1976, it was impossible to keep up with the preparation of new specimens, let alone clear what next year will become a century-old backlog.

That’s where citizen science projects come in, where members of the general public help with the collection and analysis of scientific data for larger-scale research projects.

One of the amazing things about Alberta is that it is one of the few places in the world where students can hope to get experience in the discovery, collection, preparation and curation of dinosaurs.

Within a few years, we started a new program that allowed U of A students to come and volunteer in our labs. In some cases, they were able to integrate their volunteer projects into research projects for university credit. Some of our graduate students took over the responsibility of training and supervising the evening program (Monday to Thursday, 5 to 7 p.m.), while the lab technicians supervised the volunteers who showed up during daytime business hours.

The two programs are not mutually exclusive, and there is some overlap, as well as shifting back and forth. The program has been in existence for more than 10 years now, and has prepared thousands of specimens. Volunteers have invested more than 20,000 hours preparing fossils in the lab since 2012, and at least double that amount in the evening lab.

The volunteers include dedicated people who long ago ceased to be students. They might be retired employees of the university, employees of other educational institutions in town or students from universities in Asia or Europe who need laboratory experience.

Because of potential problems identified by risk management, not everyone can be a volunteer. The numbers are controlled in part by available space and by the number of employees who are available to train and manage them.

While preference is given to students who are on a career path that will benefit the most from the experiences in the lab, we try to accommodate as many people as possible. Students under 18 must be accompanied by adults, who then become volunteers themselves.

And although we have not been able to clear the backlog, which in January will become a century old, we generally do keep up with the preparation of the influx of new specimens.

Some of the volunteers have become highly skilled and tackle jobs as complex as those assigned to full-time preparators. And when money is available, we have a skilled workforce to hire from.

Even though the conditions have since improved, there’s still a shortage of manpower and a shortage of money. We have a long way to go before we’re really going to reach our stride in terms of the number of scientific discoveries that are made worldwide, and there’s always room for more help.

Philip Currie is the Canada Research Chair in Dinosaur Paleobiology and a professor in the Department of Biological Sciences.

This opinion-editorial originally appeared Oct. 18 in the Toronto Star.