A closer look at Latin American tension reveals a generational divide as opposed to a political one. 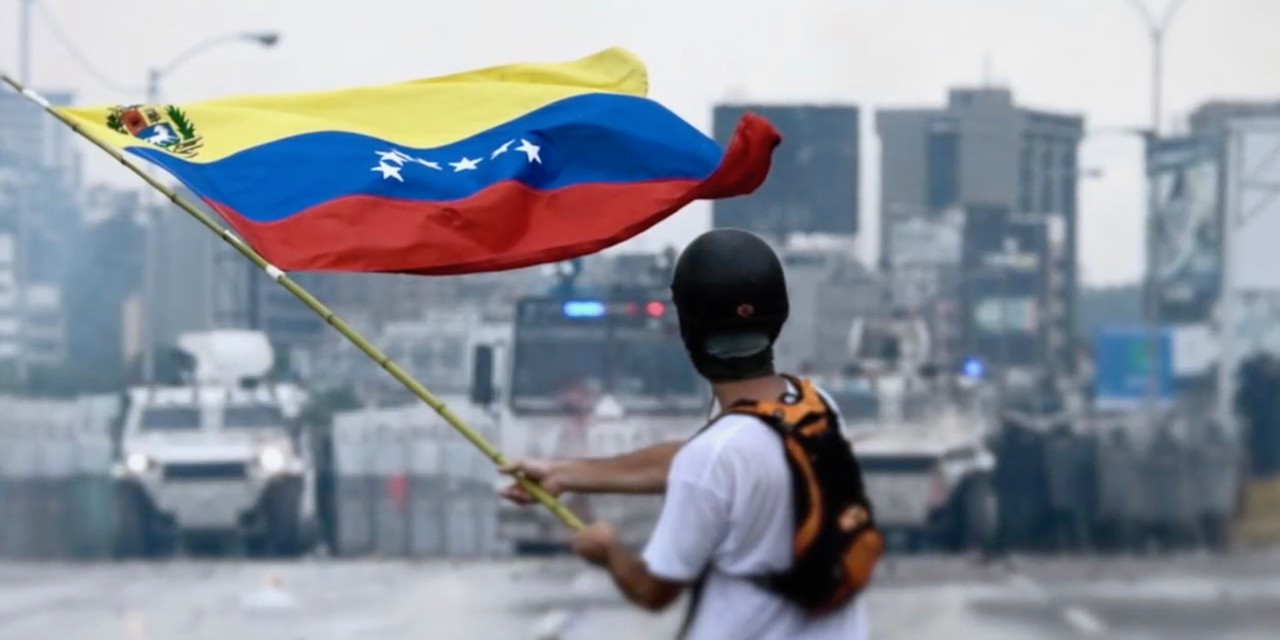 In Venezuela, it is the nation's youth, made up of all political persuasions, who are the ones on the front lines of the street battles against government forces. (Photo via Wikimedia Commons)

Just when you thought the Cold War could be consigned to museums and thrillers like The Hunt for Red October, along came Donald Trump’s threats of “fire and fury” in North Korea and military intervention in socialist Venezuela.

And then there’s the even more bizarre case of Cuba.

In a twist worthy of a John Le Carré novel, diplomats from the United States and Canada stationed on the island nation fell ill in the past year due to some sort of “sonic attack.” The diplomats suffered hearing loss, nausea and other symptoms similar to a concussion.

After they returned home, an investigation only deepened the mystery. Was Russia involved? And what about the turn toward dictatorship in Venezuela: Was Cuba pulling the strings? The Cold War was back and hotter than any time since Ronald Reagan joked about bombing the Soviet Union.

. . . the new battle does not break along traditional ideological lines of right versus left . . . a closer look reveals a generational divide as opposed to a political one.

While the Cold War was a war of ideas between revolutionary movements and economic theories, this latest dust-up between Venezuela’s President Nicolás Maduro and President Trump obscures the fact that across the Americas, the new battle does not break along traditional ideological lines of right versus left. While it may look like the Cold War Redux, a closer look reveals a generational divide as opposed to a political one.

As a doctoral student specializing in the cultural Cold War in Latin America, I saw how ideological polemics permeated everything: from folk music to the poetry of Pablo Neruda, so much depended on one’s position on controversies like the Cuban Revolution, the civil wars in Central America and the status of Puerto Rico.

Then I went to Cuba. I studied Afro-Cuban percussion with a religious man whose only framed portrait in his living room was a photo of him hugging Fidel Castro, even though the Revolution often marginalized and denigrated manifestations of his Afro-Cuban religion.

The same people who loved to sing the popular ode to Ché Guevara, Hasta siempre, Comandante, were budding capitalists, running small restaurants or ferrying tourists around in their 1950s Oldsmobiles as a side hustle to their “real jobs.” The people most adept at the side hustle or startup weren’t necessarily more right-wing than their status quo compatriots. But they were definitely younger.

Guevara, who spelled out the ethos of the “authentic” revolutionary in an essay called Socialism and the New Man in Cuba, would have been outraged. The ultimate goal of the revolution was to replace monetary incentives—capitalism in any form—with the moral incentive of building a just, fair and equitable society under socialism.

Side jobs needed to survive

While Guevara died fighting for this cause in the jungles of Bolivia, his ideas endure: Tu ejemplo vive—“your example lives on”—is a popular billboard throughout the country.

As president of the National Bank, Guevara was happy to preside over the demise of the Cuban tourist industry. Tourism, for the revolutionaries, replicated structures of neocolonialism and exploitation. (He urged everyone to get out and cut sugarcane to help build the nation).

Today, visitors can now go on pricey tours of the small organic farms run by a new generation of cuentapropistas (small-scale entrepreneurs) that have popped up in the last decade.

“You always need another job on the side,” a driver on the road from Santiago to Holguin told me. He was a cellist in Santiago’s symphony orchestra, a prestigious position. But with a salary of around $30 a month, he could not take care of his most basic needs. “Maybe some people can do it,” he said, “but I don’t see how.”

In Venezuela, meanwhile, some of the most vocal opposition on the streets is not from the disenfranchised middle class with ties to the oil industry, but from former Hugo Chávez supporters.

Some of the protesters are poor people who have simply tired of queuing up for toothpaste and toilet paper. But others are bona fide leftists themselves, arguing that the ongoing Bolivarian Revolution in Venezuela has deteriorated into an old-fashioned kleptocracy.

Even the Communist Party of Venezuela—a seemingly natural ally of Maduro—has fractured in its response to the government’s crackdown on dissent.

Waves of Venezuelan dissidents arrived in Spain and the United States after Chávez began redistributing wealth and clamping down on private media in the early 2000s. These political refugees have given way to a far more numerous and diverse group: the “wave of desperation.”

Again, the common denominator for these dissidents isn’t so much ideology, but youth. They are university students of all political persuasions who are on the front lines of the street battles against government forces.

State-run media in Cuba and Venezuela and mass media in North America have different explanations for the tumultuous times in the Americas, but they seem to agree on one thing: it’s a Cold War revival of Right versus Left.

In Alberta, conservative media draws false parallels between Rachel Notley’s pragmatic New Democratic administration and Maduro’s Socialist Party. In Venezuela, TeleSur often depicts the struggle as one between the working class pueblo and the right-wing oligarchy backed by Trump’s administration. (Of course, Trump’s statement that the United States had a “military option” for the Venezuela crisis only played right into Maduro’s hand).

So while it might look like we’re headed back into an age of right-wing vs. left-wing binaries, a new generation of activists across the hemisphere suggests otherwise. Those of us who remember the last Cold War would do well to think outside our orthodoxies as we process a new era of hemispheric tumult.

Russell Cobb is an associate professor of Latin American Studies at the University of Alberta.

This op-ed originally appeared in the The Conversation.