COMMENTARY || Did the West rush to judgment on the Russian spy poisoning?

Expelling Russian diplomats may have been the right move but it was too hasty given lack of conclusive proof, says UAlberta historian. 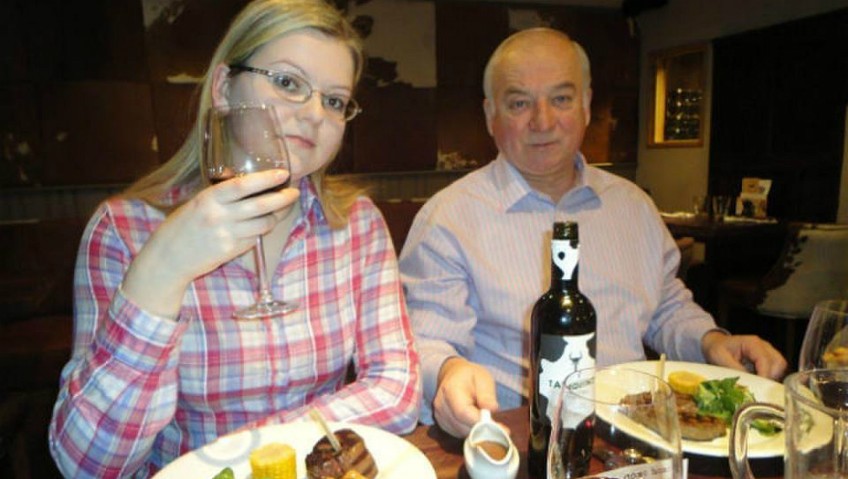 The poisoning of former Russian spy Sergei Skripal and his daughter Yulia with a nerve agent prompted several western nations to expel Russian diplomats, despite a lack of hard evidence linking the attack with the Russian government. (Photo: Facebook)

On March 4, former Russian double agent Sergei Skripal, a British resident, and his daughter Yulia, visiting from Russia, were found slumped on a park bench in the quiet town of Salisbury, Wiltshire, the victims of an apparent poisoning by a nerve agent called Novichok, allegedly part of the former Soviet chemical weapons program.

Subsequently, the British Department for Environment, Food and Rural Affairs commented that the agent was administered to the victims in liquid form. It also resulted in the hospitalization of Detective Sergeant Nick Bailey, who investigated the scene.

British sources, including Foreign Secretary Boris Johnson, were quick to lay blame on the Russian government and President Vladimir Putin specifically. In an interview with the German news agency Deutsche Welle, Johnson claimed that British scientists at the Porton Down Research Defence Laboratory had confirmed the nerve agent was produced in Russia. Later the scientists denied they had reached such a conclusion. Johnson responded as follows:

“I was being very clear. I thought I was being very clear to Deutsche Welle, the German programme, which is that Porton Down told us in absolutely no uncertain terms that this was a military grade Novichok agent, and furthermore, of a type that had been produced and stockpiled in the former Soviet Union.”

Despite the lack of clarity, the British government led by Theresa May acted promptly, expelling 23 Russian diplomats 10 days later. Canada also cancelled the mandates of four Russians in Ottawa on March 26. Chrystia Freeland, Canadian foreign minister, called the attack in the U.K. “a despicable, heinous and reckless act.” EU allies responded in kind, as did the Trump administration in the United States, which expelled a further 60 diplomats on March 29.

Were these responses justified?

British sources claim that the Novichok chemical was manufactured in the military facility at Shikhany, near Saratov. But the nature of this sort of operation is that it is not possible with 100 per cent certainty to pinpoint who used it and how. It almost certainly came from the former Soviet Union, and the Russians have a track record of such assassination attempts.

In 2006, Russian assassins tracked down and killed a former agent living in the U.K., using highly radioactive polonium-210. The victim, Alexander Litvinenko, maintained from his hospital bed that he believed Putin to be responsible. He died an excruciating death. The main suspect, Andrey Lugovoy, a former KGB bodyguard, is today a member of the Russian State Duma. Russia refused to extradite him to stand trial in the U.K.

If the current attack was not a government operation, it opens up the possibility that the chemical came from another facility. That is conceivable because, after the collapse of the Soviet Union, there were obviously some secret military facilities that found themselves outside the territory of Russia. They were disbanded, but it is possible that some materials could have found their way into the hands of outsiders.

Washington Post correspondent Will Englund, then with the Baltimore Sun, met two scientists from the State Union Scientific Research Institute for Organic Chemistry and Technology in 1993 who described the existence of a powerful new nerve agent produced in the late 1980s called Novichok-5. In addition to its production in Shikhany, they revealed that it had been tested in the Nubus region of Uzbekistan, thus broadening the potential sources of the agent used at Salisbury.

Russia referred to the spy poisoning claims as “absurd theatre,” and Denis Manturov, Russian minister of industry and trade, maintains that by November 2017, the country had destroyed its entire stockpile of chemical weapons “without exception.”

The transport of the material in liquid form is allegedly difficult to carry out surreptitiously because of the strong odour of Novichok, according to Igor Nikulin, a onetime adviser on chemical weapons to the UN Secretary General, cited by Radio Free Europe/Radio Liberty. Another Russian source, Maria Zakharova, director of the information and press department of the Russian foreign ministry, maintains that there was no research in the USSR or Russia on a chemical with the name Novichok.

In one respect, the Russian side is stymied by its diverse explanations as well as its propaganda machine, which manufactures stories as quickly as it reports events. What is called “fake news” by U.S. president Donald Trump is very much a reality in a state that creates events on social media and employs personnel at quite high rates to do so.

Foreign Minister Sergey Lavrov, a seasoned diplomat whose career began 46 years ago, is a master of outraged rhetoric and posturing. He is a brilliant exponent of “doublespeak” and denial of any Russian wrongdoings, whether in Ukraine, Syria or the world at large. Thus, it is unsurprising that he has claimed the nerve agent was manufactured in a western laboratory.

On the other hand, he cited a report by the Spiez laboratory run by the Swiss government, which learned that samples from Salisbury contained not only Novichok, but also the Swiss-produced BZ nerve agent, which had not been produced in either Russia or the USSR. This finding, Lavrov stated, was excluded from the report by the Organisation for the Prohibition of Chemical Weapons, which supported British claims.

While most of the Russian claims seem implausible and often contradictory, the British likely responded too quickly. The complete investigation into the attempted assassination could take several years. Both Skripal and his daughter appear to have survived, and the latter reportedly does not wish to return to Russia. Presumably, both could provide additional information in time.

In the current climate of international tension, both the United States and Canada, along with EU countries, chose to accept the validity of British claims at face value, incidentally isolating opposition leader Jeremy Corbyn, who called for an international inquiry and reserved judgment on Russian culpability. He was promptly dubbed a “Kremlin agent” by British tabloids.

While the probability of Russian government responsibility for the attempted assassinations in Salisbury is high, definitive proof is lacking. That is not to say that expulsion of diplomats was necessarily the wrong move, but it was hasty. A full inquiry would have been much more conclusive.

David Marples is a professor of Russian history and chair of the Department of History and Classics.

COMMENTARY || Did the West rush to judgment on the Russian spy poisoning?