Edmonton city council on right track by pursuing parallel restrictions on public smoking and vaping of cannabis and tobacco, argues U of A anti-smoking advocate. 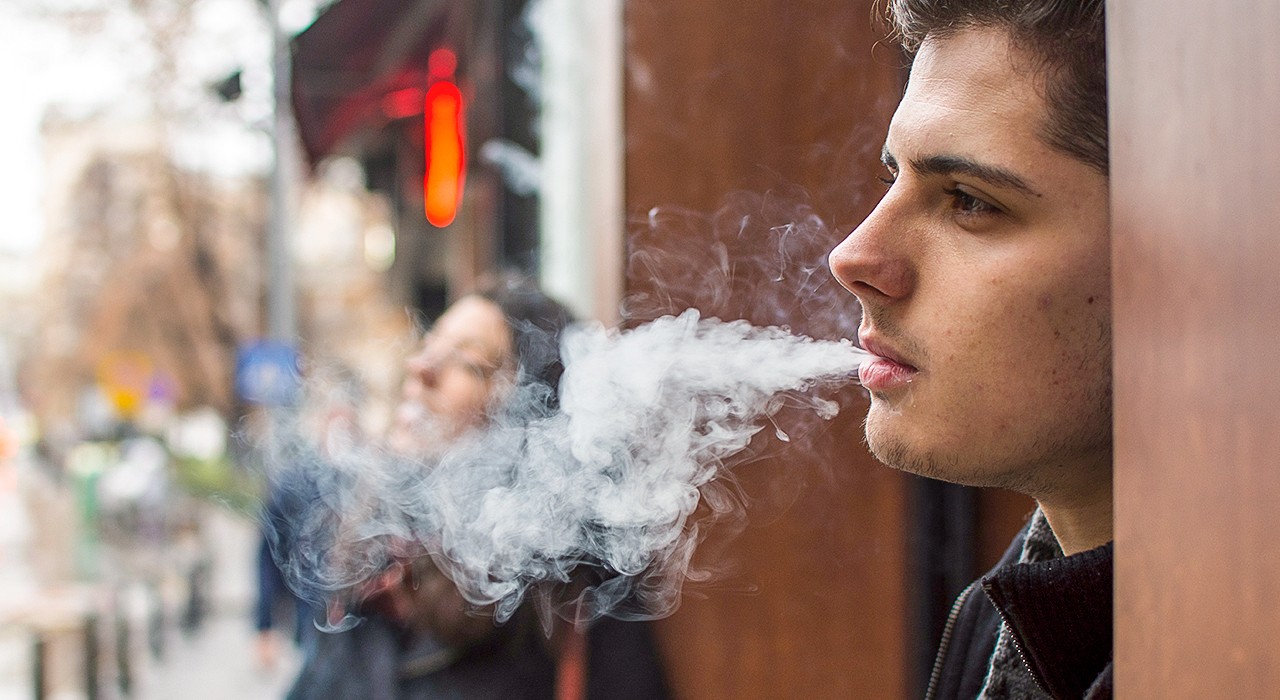 When smoking was prohibited in all indoor public places in Edmonton 13 years ago, I mistakenly thought that our work was done in protecting children and youth from public exposure to tobacco smoke.

Smoking bans have improved the quality of life for many Albertans, especially those with asthma, allergies, heart disease and other conditions that are aggravated by exposure to tobacco smoke.

To a five-year-old, smoking is smoking whether it involves tobacco, cannabis, burning or vaping. Any product or device used for inhalation that emits billowing clouds can be easily mistaken for tobacco use—even by a well-trained eye.

Modelling is an essential element of childhood development. Behavioural science tells us that by modelling healthy behaviours to kids, we are more likely to produce healthy kids. This modelling extends to behaviours and activities that children witness in public settings and even in Hollywood films. When kids are involved, smoking and drug use is truly a matter of “monkey see, monkey do.”

As a society, if we want to keep kids drug-free, we need to reduce their exposure to harmful drug use. The most harmful drug of all is tobacco. Tobacco kills and harms more Canadians than all other forms of substance abuse combined, including alcohol.

Cannabis legalization has the potential to renormalize smoking and to undermine decades of progress in reducing and preventing tobacco use.

Smoking bans are a cornerstone of the overall effort to reduce tobacco use. As a society, we cannot afford to lose any ground on this enormous public health achievement or in our efforts to protect children and youth from harmful drug use.

Tobacco kills 55 times more Canadians than cannabis, according to recent data provided by the Canadian Centre on Substance Use and Addiction. From a public health perspective, any restrictions placed on the smoking or vaping of cannabis can be easily justified for tobacco use. Tobacco regulation should not take a back seat to cannabis regulation.

We cannot allow cannabis legalization to renormalize tobacco use—especially if the goal is to prevent harmful drug use among children and youth. It would be inexcusable if the progress made in creating smoke-free places over the past four decades came to a screeching halt with cannabis legalization.

Regarding enforcement, it will be much easier for bylaw officers to determine whether people are smoking or vaping and much harder to determine what they are smoking or vaping. This distinction is especially true with vaping, since vape devices produce no distinguishing smell other than the added flavourant. It is almost impossible to determine whether someone is vaping nicotine oil or cannabis oil. A cannabis user could easily escape detection in public places by simply claiming that they are vaping nicotine.

We commend city council for pursuing parallel restrictions on the public smoking and vaping of cannabis and tobacco. Edmonton youth deserve first-class protection from harmful drug use in all public places.

Les Hagen is the executive director of Action on Smoking and Health and an adjunct professor in the School of Public Health.

This op-ed originally appeared Sept. 11 in the Edmonton Journal.