Be it by the barrel of a carbine or a mail-order DNA test, the American spirit demands the disappearance of Indigenous people, says Native studies professor. 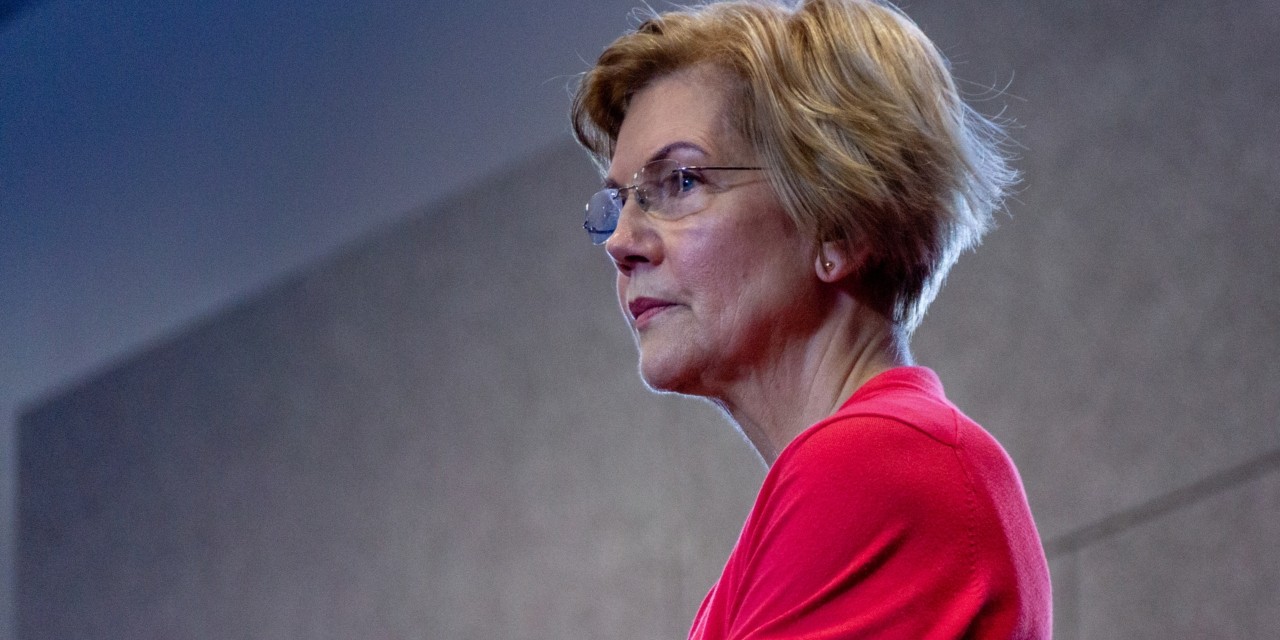 Elizabeth Warren's assertion that a DNA test backs up her claim to Cherokee ancestry is a "clear illustration of her lack of integrity, commitment or relation to the very people she claims to have descended from," according to U of A Native studies professor Kim TallBear. (Photo: Marc Nozell via Flickr, CC BY 2.0)

In the early 1990s, I bought a T-shirt at a powwow that read, “No! My great-grandmother was not a Cherokee princess!” It was a reference to the practice of non-Natives, with no lived tribal experience, who love telling Native people their own family myth of a Cherokee great-grandmother. The message may have seemed nonsensical to passersby, but to me and my family, it was hilarious.

In the United States, especially in the South and East, it’s common for us to hear improbable tales of being “part” Cherokee. Sometimes, there are assertions of Blackfeet or Apache ancestry. Considering how far away those tribal nations typically are from the claimants, both physically and culturally, many actual Native people struggle not to roll our eyes when the story comes up. The T-shirt, as it turned out, did not at all help to curb that tendency. Eye-roll.

Twenty years later, this most American of family legends began its journey to the spotlight in national politics when Elizabeth Warren, during her U.S. Senate run in Massachusetts in 2012, claimed to have Cherokee and Delaware ancestry. At the time, when asked if I would vote for her, I said yes, despite disappointment with her cliché claim to a Native ancestor with “high cheekbones.” These days, however, I can’t answer that question in the same way.

Indian great-grandmother stories are a central part of the American myth. In his 1998 book Playing Indian, Harvard historian Philip Deloria documented the long history of non-Natives engaging in “redface.” Since the 18th century, non-Natives have dressed as Indians at the Boston Tea Party, in fraternal orders, in the Boy Scouts, at hobbyist powwows, within the New Age movement and in sports, as racist mascots. For hundreds of years, Americans have donned and absorbed Indigenous images and histories even while massacring and starving actual Indigenous people.

Be it by the barrel of a carbine or a mail-order DNA test, Indigenous people must disappear for the United States to thrive.

In his book, Deloria cites English writer and poet D.H. Lawrence, who wrote that an “essentially ‘unfinished’ and incomplete” American consciousness produced an “unparalleled national identity crisis.” He continued: “No place exerts its full influence upon a newcomer until the old inhabitant is dead or absorbed.” For Lawrence, the “unexpressed spirit of America” could not be fulfilled without Indians being exterminated or assimilated into white America. A few decades later, Spokane author Sherman Alexie echoed these sentiments in the poem “How to Write the Great American Indian Novel,” concluding that “In the Great American Indian novel, when it is finally written, all of the white people will be Indians and all of the Indians will be ghosts.”

In the case of DNA, science now offers a kindler, gentler hand in the disappearing of Native people. The personal genomics industry unwittingly retains older racist and colonial ideas of the unassimilated Native—notions that shape scientists’ search for the supposedly biologically distinct, or “unadmixed,” Native, which privileges the “purer” Native in research in order to gain a better view into an ancient, less-civilized humanity. Living Indigenous people sampled in the course of research become proxies for ancient humans. Ironically, genetic science, which seeks to sample Indigenous people before they vanish into a sea of admixture, actually helps to vanish Indigenous peoples by implying that “mixed” Natives are less Native.

In the settler-colonial belief system, genetic ancestry is expressed as a defining trait of what it is to be “Native American,” or even “Scandinavian,” for that matter. Yet Native people’s own notions of belonging, in addition to contentious but vital tribal political definitions of citizenship, emphasize lived social relations, both with human relatives and with our non-human relatives in our traditional lands and waters. Genetic ancestry alone is a shallow definition of who we are, as are the human-centric views of settler-colonists that place humans above non-human plants and animals.

Indigenous analyses run counter to many of these settler-colonial ideas, but are often misunderstood, ignored or framed as being fodder for one political party or another. In the 19th century, for example, settlers accused us of being in the way of “progress” in order to justify land theft, massacres of unarmed Native people and forced assimilation for those who survived. Today, we are seen as in the way of progress if we resist a pipeline, or genetic research and DNA testing that objectifies us as bodies and identities to be studied and consumed for the benefit of non-Natives. Both then and now, settler states and actors, in the pursuit of private property, profit, individual advancement or self-actualization, do not understand Indigenous world views, and resort to violence or appropriation instead of collaboration; colonialism instead of kinship.

Today, the Democrats peddle a story to Americans of multicultural progress, inclusion and absorption into the imperial state. Elizabeth Warren’s DNA test and the arguments defending it reflect that narrative. But that story, like the one sold by Republicans, is based in a world view that holds private property as sacred and America as morally exceptional. For Indigenous people, private property has been, and is, devastating to our lives and cultures. It devastates the planet by enabling natural resource extraction, including Indigenous DNA, for the profit of settler societies. Meanwhile, the idea of moral exceptionalism in North America is informed by, and affirms, the genocide of Indigenous people: physically, symbolically, politically and scientifically. The stories that settlers insist on telling about the world, their world, have life-and-death repercussions for the planet, humans included.

This is the legacy that Elizabeth Warren inherits and champions. In the years since her claims to being Cherokee, she has ignored Cherokee requests to meet and rectify her assertions—a clear illustration of her lack of integrity, commitment or relation to the very people she claims to have descended from. Instead of kinship, she has chosen colonialism. She is a bad relative, as are the political conservatives and liberals that share a common, anti-Indigenous bond—a story that sacrifices Indigenous world views and the good relations between humans and non-humans those beliefs espouse.

Would I vote for Warren if she becomes the 2020 Democratic presidential nominee? Today, the answer is no. I was raised deep inside the Minnesota Democratic-Farmer-Labor party by a mother intimately involved in party politics. But she also centred a Dakota view of history and peoplehood, and a sense that our primary allegiance is not to the settler state, but to Dakota ancestors and living relations, including our traditional lands and waters—relational views of peoplehood not uncommon to Indigenous communities.

I lost that Cherokee great-grandmother shirt years ago, but the painfully funny joke continues to circulate through Indian Country as much as it did 25 years ago, this time, with a presidential candidate as the punchline. Raised on settler narratives and mythologies, Warren is one of millions of Americans who would “play Indian” in a quest to absorb the original inhabitants of this land, whom the state has failed to completely exterminate.

Kim TallBear is Canada Research Chair in Indigenous Peoples, Technoscience and Environment in the Faculty of Native Studies.