COMMENTARY || Four strategies to help avoid the next pandemic

U of A virus expert offers recommendations that would be easier to implement and enforce than other public health measures. 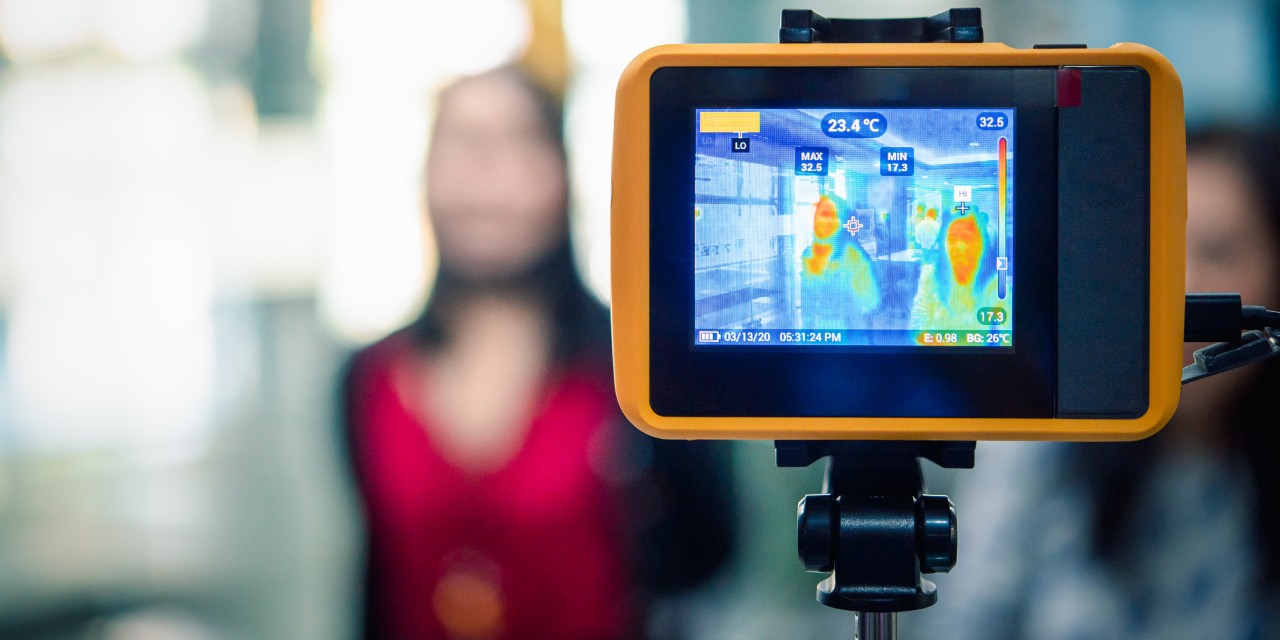 Thermal fever scanning for all travellers in international airports, international train stations and cruise ship ports would help slow and reduce the spread of viral pandemics like COVID-19, according to a U of A expert. (Photo: Getty Images)

New viruses emerge every few years that threaten humanity: HIV, swine flu, SARS, Ebola, Zika, MERS, and now, COVID-19. Unfortunately, the only drugs that can combat a viral pandemic are antiviral therapies—although most antivirals do not work very well—or vaccines, most of which work incredibly well.

Vaccines for newly emerging viral diseases can take years to develop, and not every virus is amenable to vaccine development. Indeed, while many of us are very hopeful, it is unlikely that a vaccine will be developed for COVID-19. Most viral epidemics or pandemics run their course and eventually extinguish themselves after a few months to a few years–long before an antiviral medication or a vaccine is developed.

In many cases, our only options to fight a viral pandemic involve challenging public health measures. Consider the testing, quarantining, physical distancing, and travel restrictions that we have all experienced in the last few months. These measures—while effective—also take time for their effects to be felt. This often means that tens of thousands of people eventually die and economies are negatively affected.

For the past 100 years, almost all viral epidemics and viral pandemics have started and spread the same way. That means we should be able to learn from these repeated experiences. Indeed, here are four strategies of stopping future viral pandemics in their tracks.

Nearly every global pandemic virus—whether HIV, SARS, Ebola, MERS, or COVID-19—has emerged from the commercial sale or distribution of exotic wildlife in these markets.

Wildlife (living or dead) carry a wide array of exotic viruses. Bringing wild game into densely packed markets in towns or cities facilitates zoonosis, which occurs when a virus leaps from a non-human species to humans.

Viral zoonosis not only occurs in wildlife or bushmeat markets. It also occurs in farms where chickens, ducks, and pigs mix freely. These small, open-air poultry-pork farms are particularly common in East Asia and Central/South America. They are also becoming more popular in Europe and North America due to a growing interest in hobby farming.

Influenza viruses and therefore all flu pandemics originate from birds. The flu virus typically passes from wild birds to domestic birds (chickens or ducks), then through an intermediary host mammal (historically, this has always been pigs), and finally to humans.

Thanks to recent developments in DNA technology, it takes only a day or two to sequence a newly emerging virus. Furthermore, it can take less than a week to develop a robust viral DNA test for almost any brand new virus or pathogen. We now have the technology to detect any virus—new or old—in any person in mere minutes. So why aren’t we using it?

The struggle of some nations to respond to COVID-19 compared to the successes of the response in South Korea, New Zealand, Iceland, Australia, and Hong Kong could not make this point more clearly.

Many nations failed to implement aggressive, rapid, widespread testing for COVID-19. In some cases, there were week- to month-long delays in releasing viral test results. These delays led to the uncontrolled spread of the virus for weeks to months, meaning that thousands of lives were needlessly lost to COVID-19.

On the other hand, South Korea, New Zealand, Iceland, Australia, and Hong Kong immediately implemented aggressive, rapid, widespread, even drive-through COVID-19 testing. The result is that the death rate in these jurisdictions was just one per cent of what it was in countries that did not implement the same measures.

Widespread, rapid viral testing should be a right, not a privilege, guaranteed by all countries to their citizens.

If we want to stop the spread of viruses at their source, we need to implement walk-through thermal fever scanning for all departing and arriving passengers in international airports, international train stations, and cruise ship ports.

The purpose of thermal fever scanning is not to prevent the start of an epidemic, but to help prevent its spread. Most viral diseases, such as the flu, COVID-19, and SARS, lead to visible symptoms—the most telling of which is a fever.

While not as accurate as DNA testing, taking someone’s temperature certainly indicates if they have a fever and are likely sick with a bacterial or viral disease. Infrared or thermal scanning can measure a person’s temperature in less than a second. Thermal scanning is painless and harmless and can now be done en masse via walk-through thermal fever scanners.

China implemented walk-through fever scanning in many of its international airports as a result of the SARS epidemic in 2003. Individuals with fevers are flagged, given a free check-up, and then a medically informed decision is made to determine the best course of action.

Airplanes, airports, and cruise ships were the main reason why COVID-19 spread so quickly and so widely around the world. The only way to reduce viral spread and the speed with which it can spread is to implement monitoring within the international transportation systems that contributed most to its spread.

There is no doubt there are other measures that can help prevent pandemics, from mobile phone apps for contact tracing to electronic permission slips to wearing masks at all times. But these are not easily implemented nor are they particularly enforceable.

The ideas proposed here are easy to implement, and they are enforceable. Furthermore, they are relatively inexpensive, and they do not place the responsibility upon everyone, but on a select few.

To prevent the next pandemic, we need to adjust our thinking and approach to issues such as wildlife markets, farming, and testing. And it is better that we do so sooner rather than later.

David Wishart is a professor in the Department of Biological Sciences, Department of Computing Science and Department of Laboratory Medicine and Pathology who has been conducting research on viruses for more than 25 years.

COMMENTARY || Four strategies to help avoid the next pandemic