COMMENTARY || How Canada can save the whales

UAlberta law professor argues sustained political will is crucial for the protection of whales. 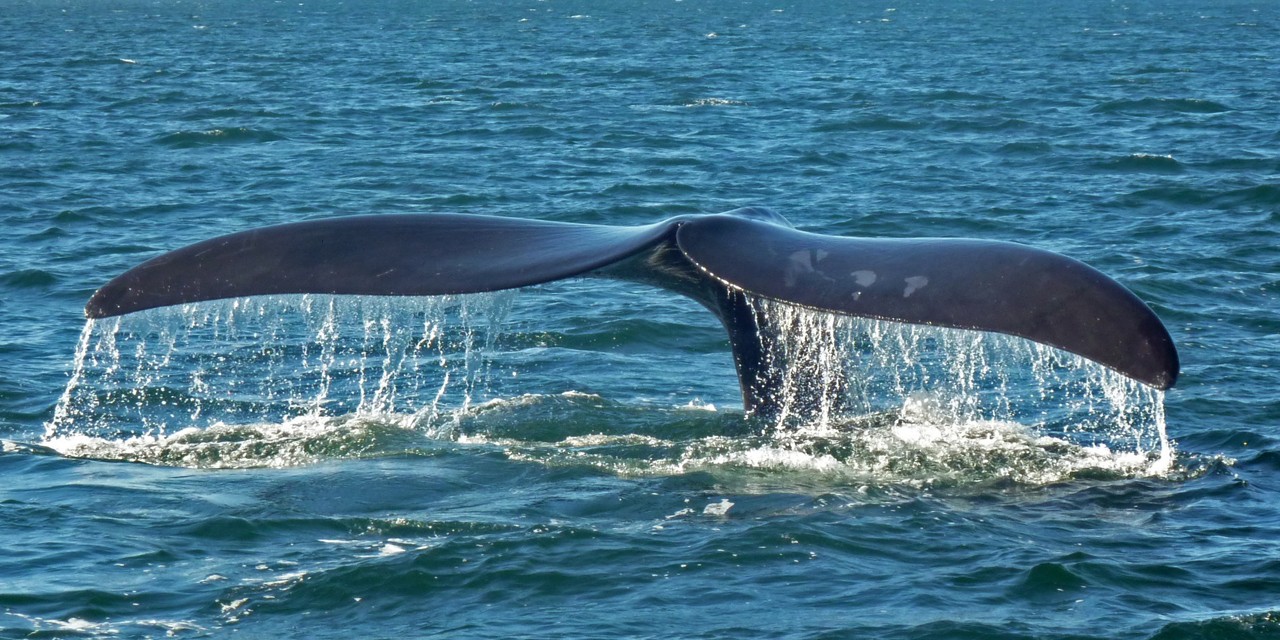 Conservation experts estimate that the number of right whales living off of the North American east coast could be as low as 450, which is a far cry from a population that once ranged between 9,000 and 22,000. (Photo: Wikimedia Commons)

Our complex relationship with cetaceans (whales, dolphins and porpoises) is centuries old. The first documented whale population overexploitation occurred in the early 16th century in the Bay of Biscay off France’s western coast, where Basque whalers hunted right whales to trade in oil, baleen, blubber and meat.

Demand proved so strong that the Basques then ventured out as far as the waters between Labrador and Newfoundland in pursuit of right and bowhead whales. As these populations dwindled, so did Basque whaling, and they were bumped from the position of global whaling power by the Dutch, the English and the Americans. New technologies helped whalers spread out across the world’s oceans and deplete species after species. When the Norwegians launched the world’s first fully mechanized whaling boat in 1868, there wasn’t a whale in the ocean that could escape this steam-powered and cannon-equipped killer.

It wasn’t until 1946 that the international community concluded a treaty to globally manage whaling. The International Convention for the Regulation of Whaling (ICRW) was groundbreaking for its time and its goal of sustainability was laudable. Unfortunately, its efforts were largely unsuccessful and overexploitation continued. The year 1982 proved to be a critical juncture for whaling: Greenpeace’s successful Save the Whales campaign created strong anti-whaling public sentiment in the West and helped prompt the passage of a temporary commercial-whaling moratorium. This moratorium came into effect in 1986 but the damage was already done. About 2.9 million whales had been killed in the 20th century and many whale populations were severely depleted. The recent spike in right-whale deaths off North America’s east coast is both a reminder of our legacy of marine mammal mismanagement and evidence of the complexity of modern wildlife conservation.

Right whales got their name by being the “right” whale to hunt. They are slow moving and can be found near the surface and close to shore. They also have a tendency to float when killed. Despite decades of protection, the North Atlantic right whale has failed to appreciably rebound. While it is impossible to know for certain how many once inhabited these waters, a recent publication lead authored by Sophie Monsarrat, expert in conservation biogeography, put estimates between 9,075 and 21,328 whales. Today, somewhere between 450 and 525 remain.

Over the past few months, 12 dead right whales have been found floating or washed up—10 in the Gulf of St. Lawrence, one off Cape Cod and one off Martha’s Vineyard. This loss of 2.3 per cent to 2.7 per cent of the remaining population is a significant blow to the species’ long-term viability. While final necropsy results are forthcoming, early indications are that these whales are dying because they are being struck by vessels or getting entangled in fishing equipment.

Vessel strikes and entanglement are just some of the modern threats that now define our relationship with cetaceans. Other equally concerning dangers include marine pollutants (such as plastics, heavy metals and organic pollutants that are resistant to degradation), habitat destruction, prey species depletion, fisheries bycatch, an increasingly noisy marine environment and climate change. Together, these contemporary threats are indicative of how intensive our use of the ocean and alteration of the marine environment have become. They shatter any remnant of the once-held belief that the ocean is infinite in its natural bounty and unlimited in its ability to accommodate human activity.

Despite the existence of a right-whale recovery plan, innovation in our management response is desperately needed. Fisheries and Oceans Canada has responded to these recent right-whale deaths with temporary mitigation efforts, including restricting crab fishing in sensitive areas, offering financial assistance for participation in a real-time whale-alert system and, most recently, ordering a temporary but mandatory speed reduction for vessels longer than 20 metres operating in prime feeding grounds. These measures should also be augmented by new vessel traffic separation schemes, sea lanes and a review of permissible fishing gear in the Gulf of St. Lawrence, as Barbara Cartwright, head of the Federation of Humane Societies, has argued.

If we truly want to restore ocean quality and achieve long-term sustainability for vulnerable marine species such as right whales, then Canada must start implementing space-based ocean protection to pro-actively address modern threats. Marine protected areas are geographically identified ocean regions that are managed through legally enforceable measures and, when used appropriately, help ensure that species have access to the type and quality of habitat necessary for survival.

Canada has pledged to protect five per cent of its marine and coastal area by the end of 2017 and 10 per cent by 2020—a far cry from the one per cent Canada currently protects. It is particularly striking that, to date, none of Canada’s existing Marine protected areas explicitly target habitat or areas critical for whales. We have the laws at our disposal to create whale sanctuaries and reserves that limit or prohibit ocean activities that threaten whales in key locations, at key times.

The recent news that the federal government and Inuit have agreed to protect a vast region of the Arctic through the creation of the Lancaster Sound national marine conservation area is an important step that will enhance space-based protection for many cetacean species. What is needed, however, is sustained political will to restore balance to the ocean. In other words, an ocean ethic.

Commercial whaling is no longer the threat it once was. Nonetheless, if we don’t learn from past mistakes and take steps to safeguard whales from the principal threats of our time, then we are destined to perpetuate the legacy of mismanagement and move toward the eventual extinction of these animals.

Cameron Jefferies is an assistant professor at the University of Alberta, Faculty of Law and author of Marine Mammal Conservation and the Law of the Sea.

This op-ed originally appeared in the Globe and Mail.

COMMENTARY || How Canada can save the whales