COMMENTARY || How do we balance rights in cases of medically assisted dying?

Canadian constitutional law offers a way to settle the seemingly intractable battle of rights over medically assisted dying in faith-based health facilities, say U of A legal scholars. 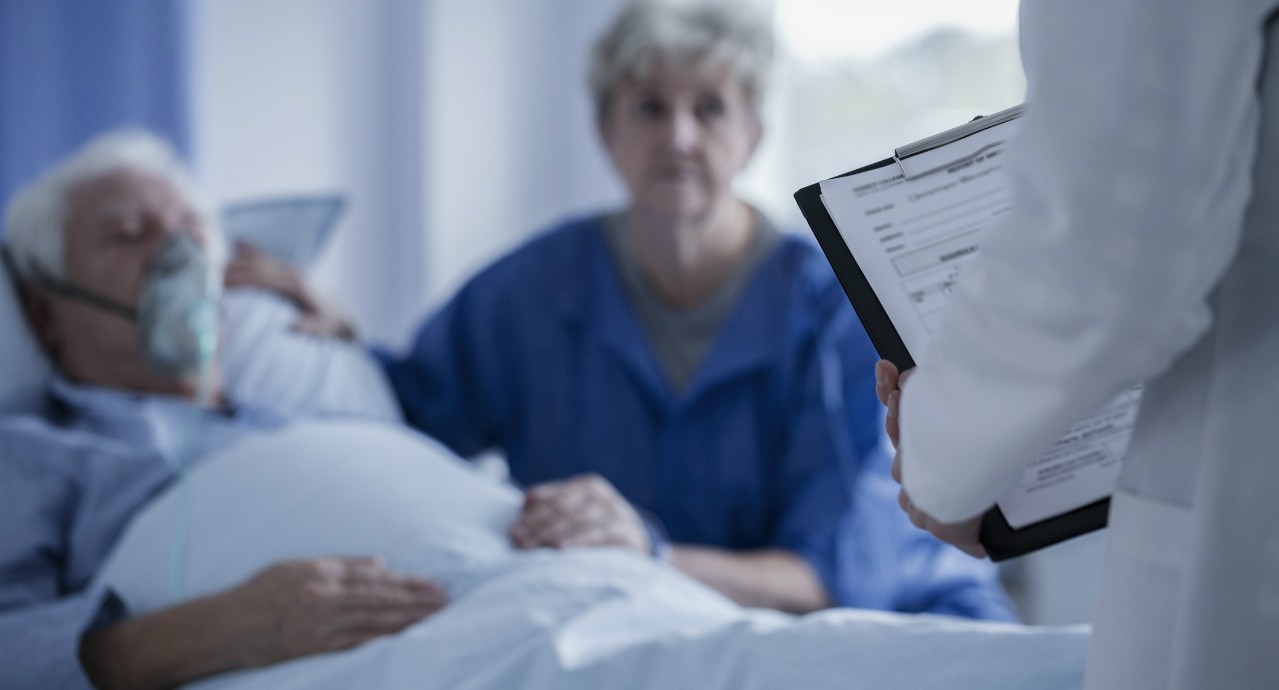 The rights of religious communities to provide health care according to their faith also require respect for the limits of those rights when they involve the broader public interest, say two U of A law professors. (Photo: Getty Images)

By ERIC ADAMS and UBAKA OGBOGU

A disturbing story featuring the clash of health-care ethics and the rights of faith-based health-care facilities recently came to light. We tend to think of such episodes unfolding in courtrooms, hospital boardrooms and university classrooms. This one played out on an Edmonton sidewalk.

In May, 2017, Doreen Nowicki was suffering from amyotrophic lateral sclerosis (ALS) and receiving care in the Edmonton General Continuing Care Centre. The centre describes itself as providing “long term care, subacute care and hospice care to a diverse population in downtown Edmonton.” For Ms. Nowicki and her family, it was also the only available bed for the palliative care she needed.

The centre began its life as the Edmonton General Hospital over a century ago. Founded in 1895 by the Grey Nuns of Montreal, the centre has since converted into a long-term care facility and is run by Covenant Health, a publicly funded Catholic organization operating 17 hospitals across Alberta (and a third of the province’s palliative care beds). Covenant Health is dedicated “to continue the healing ministry of Jesus by serving with compassion, upholding the sacredness of life in all stages and caring for the whole person—body, mind and soul.”

But caring for the whole person in all medical circumstances is not always easy for health-care institutions guided by religious teachings. Parliament’s legalization of medical assistance in dying (MAID) in 2016 poses ongoing difficulties for Catholic institutions such as Covenant Health and its religiously informed view of the sanctity of life. In many instances, the response of Catholic health-care providers has been to simply prohibit MAID entirely.

That prohibition did not meet the care needs of Ms. Nowicki. As her medical condition deteriorated, she sought a medical assessment of whether she qualified for MAID. Given her frail condition, administrators at her facility initially permitted a MAID assessment—but cancelled it at the last minute. Arrangements were hastily made to transfer Ms. Nowicki to a seniors’ centre across the street, but delays in the availability of a room forced her and the assessing professional to begin their discussion about her end-of-life care on a busy downtown sidewalk. Distressed, Ms. Nowicki abandoned the assessment. She ultimately received the two required medical approvals and died, with medical assistance, in a different facility in June 2017.

Ms. Nowicki’s story reflects the ongoing tension between the rights of vulnerable patients to dignified end-of-life care and the religiously based policies of many hospitals operating across Canada. In what may seem to be an intractable battle of rights, respect, balance and compromise which form the basis of Canadian constitutional law should offer a way to maintain the attributes of faith-based health-care institutions, while also keeping their vulnerable patients off the sidewalk.

The Supreme Court of Canada has already articulated an approach to resolving such difficult issues in a case involving the secular oversight of Catholic schools. In Loyola High School v Quebec, the court held that religious institutions and communities enrich the fabric of a diverse and plural Canada dedicated to protecting freedom of religion. For that reason, the court struck down the government’s attempt to direct how Catholic schools presented Catholic religious teachings. The court upheld, however, the legality of the government’s policies that required that Catholic schools teach students about other religions in the world from a respectful, objective perspective.

Diversity, in other words, must also exist within the walls of religious institutions when those institutions provide services in the public interest to a diverse population.

Earlier this year, an Ontario court decision also upheld the conscientious objection policy of the Ontario College of Physicians and Surgeons in relation to MAID. While the federal legislation provides that individual health-care providers cannot be compelled to participate in or provide MAID, the college’s policy requires physicians who object to providing MAID on religious grounds refer patients to a non-objecting provider. While the court found that the policy infringed freedom of religion, it did so in a reasonable and justifiable fashion as required by the Charter by “ensuring access to healthcare in many situations, often involving vulnerable members of our society.”

Mutual respect for religious communities to provide health care in the spirit of their faith also requires respect for the limits of those rights when they engage the broader public interest. Like a Catholic school teaching about both Catholicism and other religious traditions to best enable students to function in a diverse world, Catholic health-care facilities must recognize the vulnerabilities and full health-care needs of their diverse patient population. That means providing complete, compassionate and dignified end-of-life care, including MAID, especially when dealing with patients grappling with intolerable circumstances and imminent mortality.

Guided by religion, faith-based institutions provide a great deal of health care in Canada. Guided by the principles of constitutional law, governments should insist that those institutions keep their vulnerable patients off the sidewalk, and provide their patients the health care they are lawfully entitled to receive.

This opinion-editorial originally appeared Nov. 6 in The Globe and Mail.

COMMENTARY || How do we balance rights in cases of medically assisted dying?