Sagging oil prices and a revived Keystone left TransCanada Corp. with no other option but to cancel its cross-Canada pipeline. 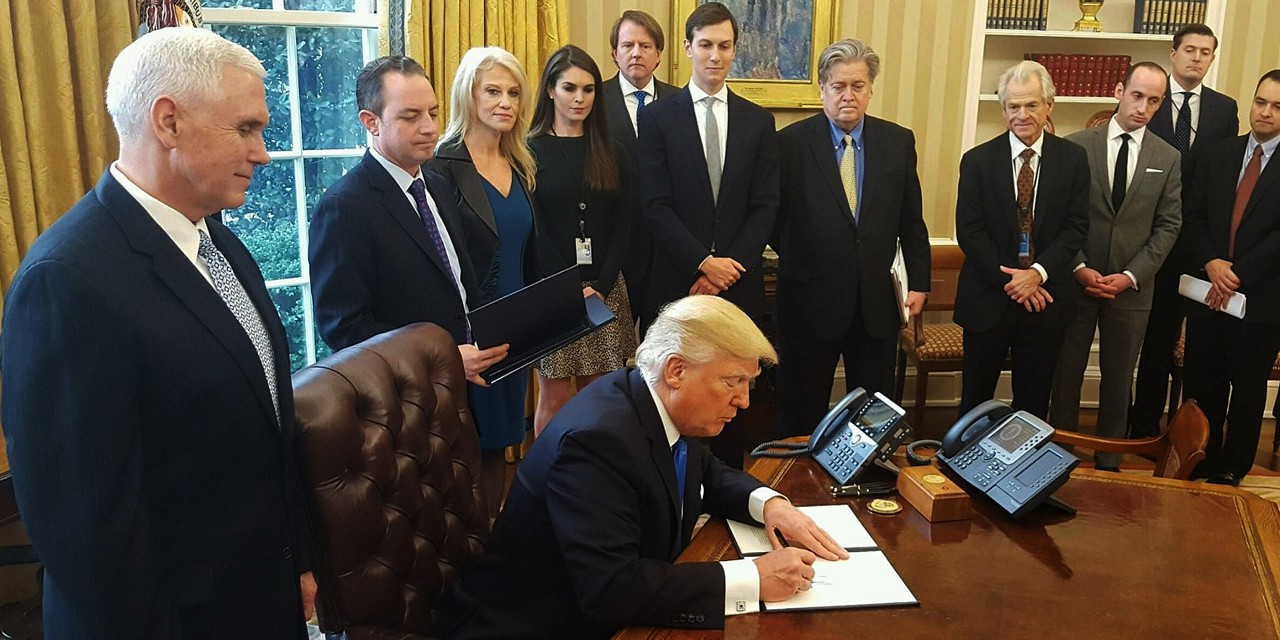 On March 24, U.S. President Donald Trump signed the death warrant for Energy East. Although he likely didn't know it, when he signed a presidential permit for the not-quite-dead-yet Keystone XL pipeline, he set in motion a series of events which likely forced TransCanada Corp.'s hand and led to the cancellation of its cross-Canada pipeline project.

When Energy East was proposed in 2013, it was a solution to three problems. First, Western Canadian and U.S. Bakken oil production were expected to grow—the Canadian Association of Petroleum Producers (CAPP) forecast demand for pipeline shipments to increase to eight million barrels a day from four million between 2015 and 2030.

Second, the Keystone XL pipeline was denied a presidential permit by former president Barack Obama, the Northern Gateway pipeline to Kitimat, B.C., was on life support and a pipeline capacity crunch was looming.

Third, natural-gas shipments out of Western Canada had declined sufficiently that an existing gas pipeline owned by TransCanada could be converted to oil service without compromising gas deliverability.

These factors, combined with oil prices above US$90, made it feasible to propose a 4,000-kilometre pipeline from Hardisty to Saint John, since producers could stomach shipping costs estimated to be between $7 and $18 a barrel.

Little did they know how much would change. First was growth expectations. Before the price crash, escalating costs saw CAPP's 2014 oilsands forecast for 2030 reduced by about 300,000 barrels a day from 2013 levels. That reduction is the equivalent of just less than one-third of the capacity of Energy East.

Then, starting in mid-2014, the price of oil began a sharp decline, bottoming out in early 2016 with a modest recovery to benchmark prices around US$50. As a combined result of the price drop and new pipelines built to service oil fields in North Dakota, CAPP's forecast demand for pipeline capacity out of Western Canada was estimated in June at less than five million barrels a day by 2030—a drop of more than three million barrels since 2013, equivalent to three Energy East pipelines.

Finally, we saw the re-emergence of the Keystone XL project in early 2017, an 800,000-barrel-a-day express line to refining centres in the United States, which presented a more attractive option for shippers than Energy East.

To understand why this last development led to the cancellation of Energy East, you need to consider both how pipelines are approved and commercially supported. National Energy Board regulation controls the number of pipelines built in order to ensure that the pipeline network as a whole operates at near or full capacity to keep shipping costs as low as possible. This means that a pipeline is unlikely to be approved if it will not be filled with new oil production. An underutilized project would lead to fewer shipments on other pipelines and the total costs of shipping our barrels to market would increase. The already-approved Keystone XL as well as Trans Mountain and Enbridge Inc. expansions offer more-than-sufficient capacity to adequately service expected pipeline demand.

Pipelines are commercially supported by companies which effectively take out long-term, binding subscriptions called Transportation Service Agreements (TSAs). Under a TSA, a firm might agree to ship 100,000 barrels a day for 30 years, and would be responsible for the shipping tolls whether or not they used the capacity. These agreements allow pipeline companies to finance their projects while keeping costs of capital as low as possible.

How did these factors likely combine to force TransCanada to cancel Energy East? Last July, TransCanada announced an open season for contracts on the revived Keystone XL pipeline, saying it was at least 235,000 barrels a day short of the commitments needed to advance the project. On Sept. 6, it announced an extension of this process, purportedly as a result of Hurricane Harvey, but widely rumoured to indicate a lack of sufficient commercial support.

Enter Energy East. To make Keystone XL viable, TransCanada likely needed some companies with commitments on Energy East to transfer or duplicate those commitments on Keystone XL. However, this would be a challenge for a couple of reasons. First, a commitment to ship barrels becomes a contingent liability once signed, and remains on the company's books—an oil company would be locked in to paying shipping fees were the pipeline ever to be built so you can't sign on to every pipeline.

Companies also couldn't exit Energy East easily, as they were committed through their TSAs to pay for a share of the development costs incurred by TransCanada from Jan. 1, 2013, onward. To switch from Energy East to a commitment on Keystone XL, a shipper would need to pay a share of the $1 billion-plus of those costs, unless TransCanada were to cancel the project. When TransCanada cancelled the project, they stipulated exactly this, stating that, "no recoveries of costs from third parties are expected," which led them to book an estimated $1-billion writedown. In doing so, they freed up shippers from an obligation which will likely allow some of them to commit more barrels to Keystone XL, allowing it to proceed.

It would also have been challenging for TransCanada to proceed to a regulatory process with Energy East while also trying to advance Keystone XL. To be successful in the regulatory process, TransCanada would have to argue that Keystone XL was unlikely to be built—an awkward position to be sure. They could have sought a delay and kept the project in the queue in case production estimates rebounded, but that would not have allowed the shippers to be freed from their TSA obligations without penalty.

With the costs TransCanada has already sunk into Keystone XL, it's likely better to take a writedown on Energy East in order to revive Keystone XL and mitigate what was a nearly $3-billion writedown taken earlier with respect to that pipeline.

Was TransCanada making a business decision when they cancelled Energy East? Of course. It was a decision that will likely allow them to save Keystone XL.

Andrew Leach is associate professor at the Alberta School of Business, University of Alberta. In 2015, he chaired Alberta's Climate Leadership Panel.

This article originally ran in the Globe and Mail Oct. 9.