Energy proportionality rule makes it difficult for Canada to scale back oil and gas production—its largest and fastest-growing source of emissions. 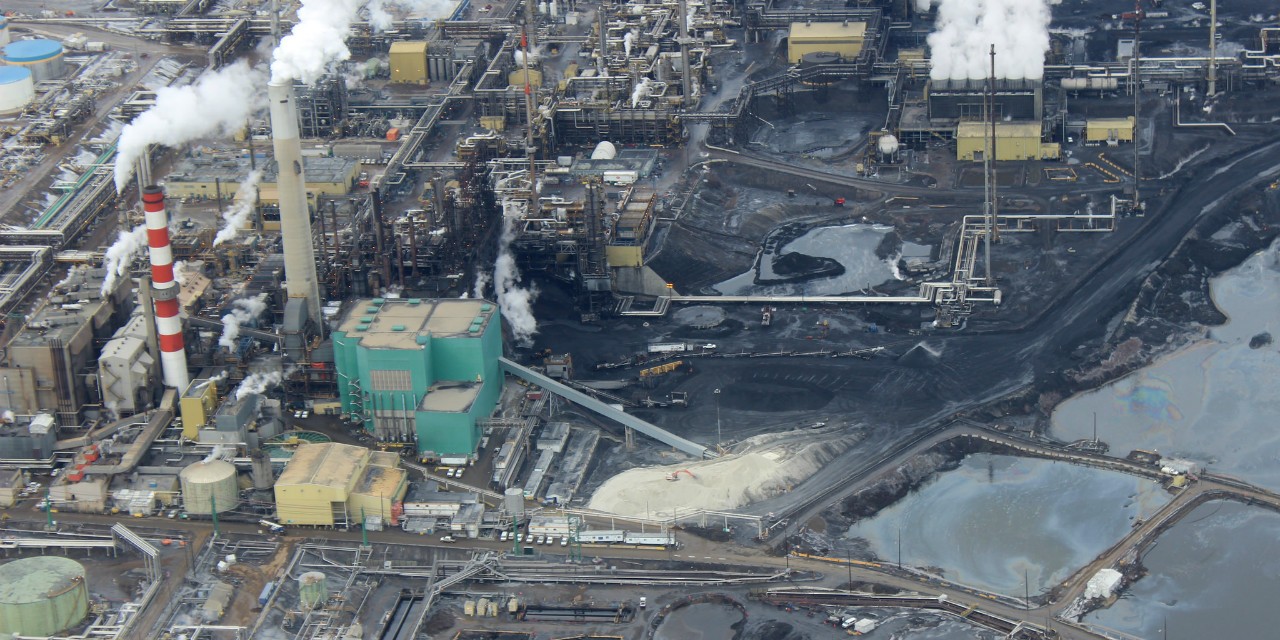 Suncor's plant in Fort McMurray, Alta. NAFTA “gives the U.S. virtually unlimited, first access to most of Canada’s oil and natural gas. No other trade agreement has such a rule,” writes UAlberta political economist Gordon Laxer. (Photo: jasonwoodhead23 via Flickr, CC BY 2.0)

The report, released today by the Council of Canadians, the Sierra Club-U.S. and Greenpeace Mexico, shows that NAFTA locks Canada, the U.S. and Mexico into high-carbon futures. NAFTA was conceived before broad awareness of climate change with input from petro corporations, not Indigenous nations, workers and climate scientists.

Proportionality gives the U.S. virtually unlimited, first access to most of Canada’s oil and natural gas. No other trade agreement has such a rule.

When U.S. President Donald Trump approved the Keystone XL oil pipeline to bring Alberta bitumen (oilsands oil) to the U.S., he said it would “reduce our dependence on foreign oil.” Given that the pipeline would mainly ship Canadian oil to Gulf Coast refineries, Trump showed that he considers Canadian oil to be American. Uncharacteristically, his assumption is based on fact.

Proportionality requires Canada to currently make available for export to the U.S. three-quarters of its oil production and just over half its natural gas, even if eastern Canadians are going without and freezing in the dark.

Not only that, Canada must not alter the proportion of bitumen or hydraulically fractured (fracked) oil and natural gas in its exports to the U.S. This means that although fracked gas can emit more GHGs than coal, and bitumen is one of the world’s most carbon-intensive, Canada can’t phase them out faster than conventional oil and gas.

Under proportionality, Canadian exports of oil and natural gas can rise or fall through “market” changes—essentially decisions by Big Oil—but the federal government cannot reduce carbon energy exports to cut emissions, nor redirect oil currently exported to the U.S. to eastern Canadians instead, to displace imports like it did during oil supply shortages of the 1970s. Thirty years ago, Alberta-based oil corporations insisted on proportionality to ensure this wouldn’t happen again.

Justin Trudeau recognized then quickly retracted the obvious when he said we need to phase out the oilsands to manage the transition off fossil fuels.

The production, not Canadians’ consumption of oil and gas, is Canada’s largest and fastest-growing source of emissions. Carbon taxes weakly address consumption, but ignore the bigger, supply-side problem.

We compare two scenarios to test whether Canada can meet its climate commitments. In the first, Canada remains bound by proportionality. In the other, Canada goes proportionality-free and phases out the export of bitumen and fracked oil and gas by 2030. Canada also ends oil and gas imports and uses domestic conventional supplies as transition fuels. In both scenarios, Canada reduces GHGs as aggressively as permitted.

One can quibble over the speed of phasing out the export of bitumen and fracked oil and gas in the proportionality-free scenario. The point is that proportionality will hamstring federal and provincial governments for decades.

My American co-authors found that ISDS could lock in Trump’s climate change rollbacks by allowing foreign, fossil fuel corporations that enter the U.S. during the Trump “pollution haven” era to sue future Washington governments over loss of expected profits.

NAFTA still has many obstacles and opportunities for revision. If it enhances the three countries' abilities to transition to socially just, low-carbon futures, it could be good. But if it locks Canada and its partners into their carbon-emitting pasts, it’s worse than no deal. The fallback is trading according to World Trade Organization rules, which allow rapid phase-outs of bitumen and fracking.

Gordon Laxer is professor emeritus of political economy at the University of Alberta and co-author of NAFTA 2.0: For People or Polluters?

This article originally appeared April 17 in the Toronto Star.