Slightly more than half of food waste in Canada comes from our homes. 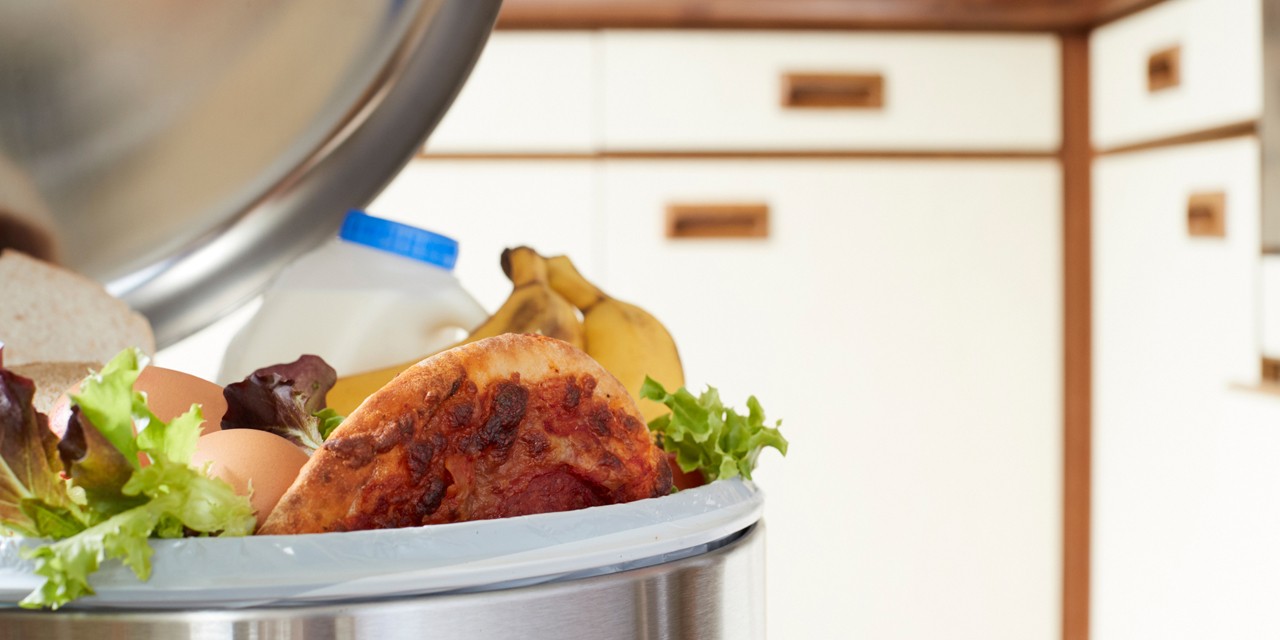 It was reported by Value Chain Management International that 51 per cent of the all food losses in Canada occur in our homes.
Fresh Food In Garbage Can To Illustrate Waste

In my experience growing up on a mixed farm in north-central Alberta, it was practically a sin to spill grain. But if you were on Twitter this last year, it was amazing to see farmers from around the world own up to such messy mistakes—have a look by searching for the hashtags #harvest16 and #oops!

In an era when global food security is a headline-grabbing topic, the idea of loss or waste anywhere in the food chain is a hot topic. The numbers are shocking: the World Food Programme of the United Nations estimates that one-third of all food produced for human consumption is lost or wasted. That represents over 1.3 billion tons of food. Food losses refer to either a decrease in the amount of food or a reduction in nutritional value (quality) of food. Food waste specifically refers to food that is available to be consumed but is somehow lost from the system.

In developing countries, up to 40 per cent of the cereal and pulse crop losses occur soon after harvest. Vegetables and fruits present even greater issues of spoilage and damage due to the nature of those products. Smallholder farmers limited to hand harvesting, open-air drying, hand or animal threshing and traditional storage methods leave their grains, fruits and vegetables susceptible to contamination and/or loss by rodents, birds, micro-organisms and insects.

All of these practices occur in environments that present major challenges. High temperatures significantly reduce the storage time and the quality of many farm products. Humidity can create issues for the quality of harvested crops. Urbanization in developing nations means that food moves into large cities over poor roads. Transportation in bags or other open containers also leads to losses.

These challenges are not just economic issues. In Kenya, there have been three major mycotoxin events where aflatoxin (a toxic fungus that grows on maize grain under humid conditions) in maize products has led to fatalities. In May 2004, 125 Kenyans died from aflatoxin poisoning.

Post-harvest losses are not limited to the developing world, though estimates of on-farm, post-harvest losses are less than five per cent. We should be rightfully proud of our remarkable harvest success. However, the U.S. Department of Agriculture’s (USDA) most recent estimate indicates that 31 per cent of all food in the United States is lost. The USDA Economic Research Service estimates that represents a monetary loss of US$161 billion each year. So what is happening? It will not come as a surprise that the issue is food waste.

In Canada, it was reported by Value Chain Management International that our food losses were valued at $31 billion in 2014. The same study ranked all sources of waste and identified that 51 per cent of the waste occurs in our homes. Consumers want only fruits and vegetables that look good and have no blemishes, leading them to discard large amounts of produce. Food stores dump “out-of-date” items based on regulated calendar protocols rather than assessment of food risk. Canadians, who spend only nine per cent of their disposable income on food, find it more convenient to over-buy than risk running short. Grocery stores sell products in volumes that lead to portions of these products remaining unused. And the George Morris Centre reported that eight per cent of Canada’s food waste occurs in restaurants as leftovers from over-large portions as well as food handling issues.

Wasting land, labour, water and energy through food loss is a very bad thing. Many of our institutions are working on a range of technologies to extend the shelf life and maintain the nutritional value of food products. Several grassroots programs are occurring across Africa, Latin America and South Asia to improve post-harvest management of crops. France has enacted legislation to ensure that grocery stores must work with food charities to eliminate waste. And collaboration within the food system is happening in many places across Canada.

Please be careful during this harvest season. Western Canadian farmers are doing a great deal to minimize post-harvest losses; it is one more demonstration of the superb stewardship of our resources. Reducing post-harvest losses has a double payoff: it makes money for producers and is good for society. Shatter-resistant cultivars, harvest timing, improvements to on-farm grain handling and storage—all of these investments are part of the solution. We as citizens are doing a lot of things right, but we need to continue to challenge ourselves to do even better.

Stanford F. Blade is dean of the Faculty of Agricultural, Life and Environmental.