COMMENTARY || How will climate change affect Arctic caribou and reindeer?

Warming climate will affect the wide-ranging species differently depending on where they are. 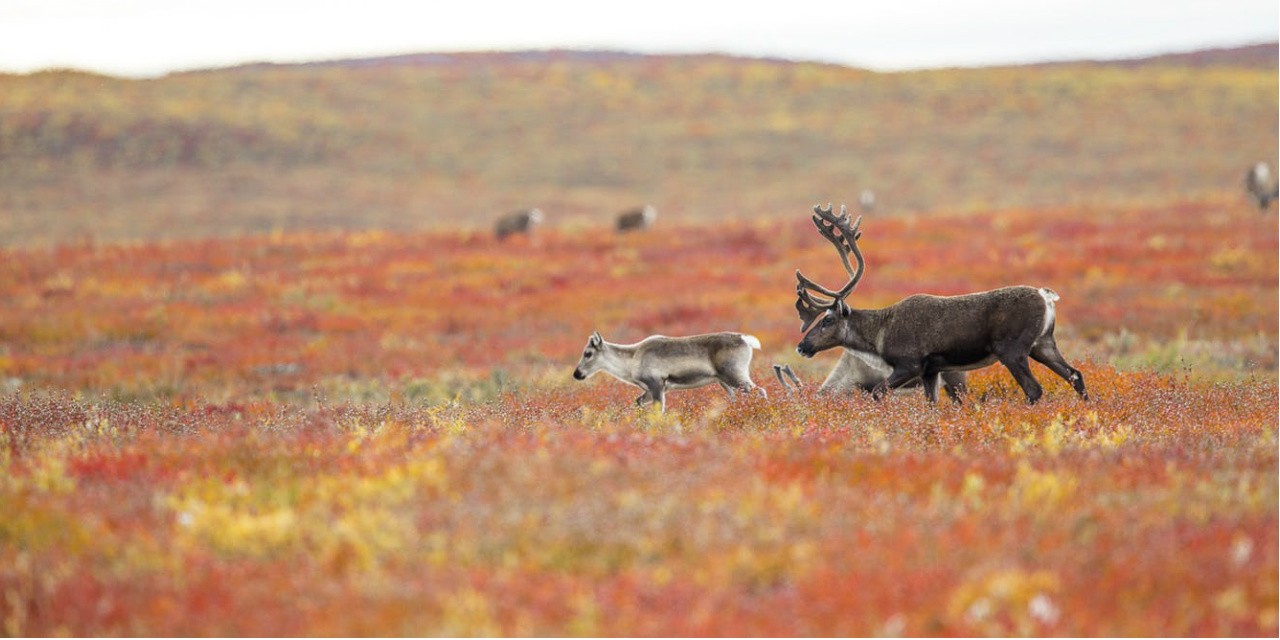 This spring, I spent close to two weeks flying over central Nunavut, peering out the window of a small plane at the rolling tundra below, looking for and counting caribou to monitor their numbers.

The Qamanirjuaq barren-ground herd were arriving on their tundra calving grounds to give birth after migrating from winter ranges in the boreal forest. At times caribou dotted the landscape all the way to the horizon.

The terrain here is relatively pristine. There are few communities or developments. Due to the remoteness of the herd’s habitat, it is, in some ways, hard to imagine that human activities—whether climate change or industrial disturbance—could ever be of much concern to them.

And yet, we know that human activity and disturbance provide the most imminent threat to the persistence of many caribou and reindeer populations. (Reindeer and caribou are the same species, Rangifer tarandus, but have different English names in North America and Eurasia. Of course, the species has many names in different languages across the world, such as tuktu in Inuktitut.)

Just how this iconic Arctic species will be affected in a warming climate remains unclear.

Current predictions suggest that the climate will continue to change for decades into the future, regardless of the mitigation actions we take.

Caribou and reindeer have tremendous socioeconomic value in the north, and if we want to maintain sustainable caribou harvesting and husbandry in the future, we must understand how they will respond to environmental change.

We found that it’s challenging to make general predictions. The species has a circumpolar distribution and inhabits a variety of ecosystems, both similar and distinct. How different populations will respond to varying effects of climate change in this diverse range of systems is complex.

In many regions, climate change is causing longer and warmer summers. In the context of caribou, which live in colder regions, this typically means longer growing seasons and better access to nutritious plants throughout the summer months.

But plants are not the only part of the ecosystem affected by longer and warmer summers.

Parasitic flies, particularly warble flies and botflies, torment caribou during the summer months. These insects aren’t just looking for blood like mosquitoes and black flies—they’re trying to lay their eggs on a caribou’s skin or in its nose.

As you can likely imagine, caribou want no part of this. They will spend hours running to escape these parasites, which means they spend less time feeding.

For a given region or herd, will increased plant growth or increase insect harassment have more of an effect on caribou?

We’re already seeing some of these effects play out. 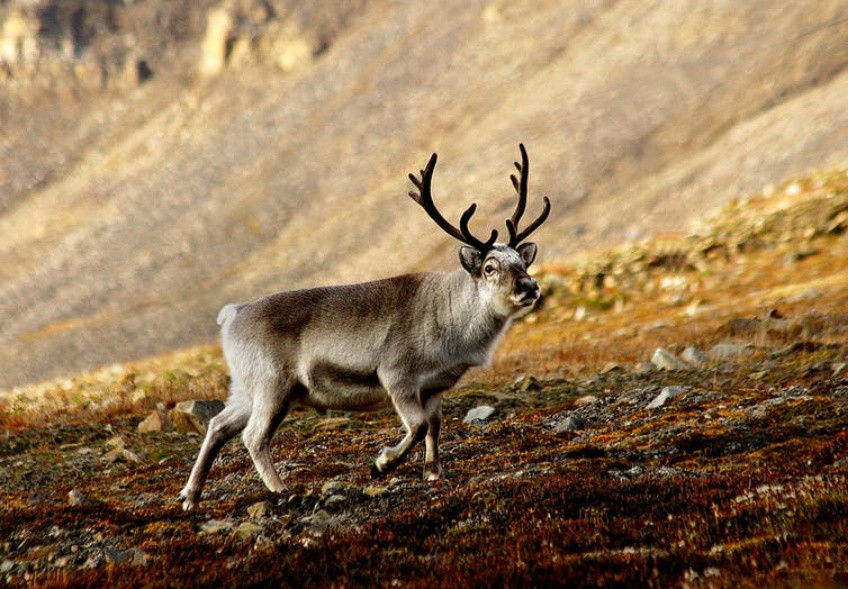 In Svalbard, Norway, warmer summers have been generally positive for caribou, as better plant growth has led to heavier animals in the fall. But in Arctic North America, more green growth has been associated with declines in caribou populations, possibly due to the northward expansion of less nutritious shrubs.

Research has shown that insects have been trouble for caribou in Arctic Finland. There, warmer weather brought more insects that harassed caribou calves, which led to less weight gain and more calf deaths.

Climate change is predicted to increase the frequency of winter icing. Icing is usually caused by rain-on-snow or thaw-freeze events, and presents a real problem for caribou.

During the winter caribou dig in the snow to get to food underneath. Icing events trap food beneath an impenetrable layer of ice. These events have led to mass starvation of Arctic caribou and reindeer in the past.

On the other hand, longer autumns and earlier springs shorten the winter period of food scarcity. This should benefit caribou, but the net effect will depend on the balance of these changes in a given region.

These are just some of the wide-ranging potential implications of climate change for Arctic caribou and reindeer. They may also shift their ranges northward and alter their migratory behaviour in response to climate change, or begin sharing their lands with new or increased competitor species such as moose and white-tailed deer.

Importance of caribou and reindeer

Caribou and reindeer provide incredible value throughout the circumpolar world. In ecological terms, they are the most abundant large terrestrial herbivore. They have important grazing effects on plant communities and support predator populations.

The ecological importance of caribou means that changes to caribou and reindeer populations affect many other organisms, including wolves, Arctic shrubs and lichens.

They also have huge socioeconomic value. One report conservatively suggests that three herds in northern Canada provide the equivalent of $20 million annually in food alone. Semi-domesticated reindeer similarly contribute huge value to those who herd them, including the Saami people of Finland, Russia, Norway and Sweden.

If there is a silver lining to this, it’s that we know caribou and reindeer live in a wide variety of environments and ecosystems—and this may provide them with some resilience.

But we don’t know if their ability to adapt is sufficiently agile to respond to the ongoing rapid environmental change in the north.

Scientists like myself need to work together with wildlife managers and harvesters to unravel the complexity of responses to environmental change. This information will be key to making decisions about caribou going forward.

Conor Mallory is a PhD student at the University of Alberta.

This article was originally published Nov. 30 in The Conversation.

COMMENTARY || How will climate change affect Arctic caribou and reindeer?