COMMENTARY || In 2018 we need less nonsense and more science

Why critical thinking—and complaining—are so important in an information age riddled with pseudoscience. 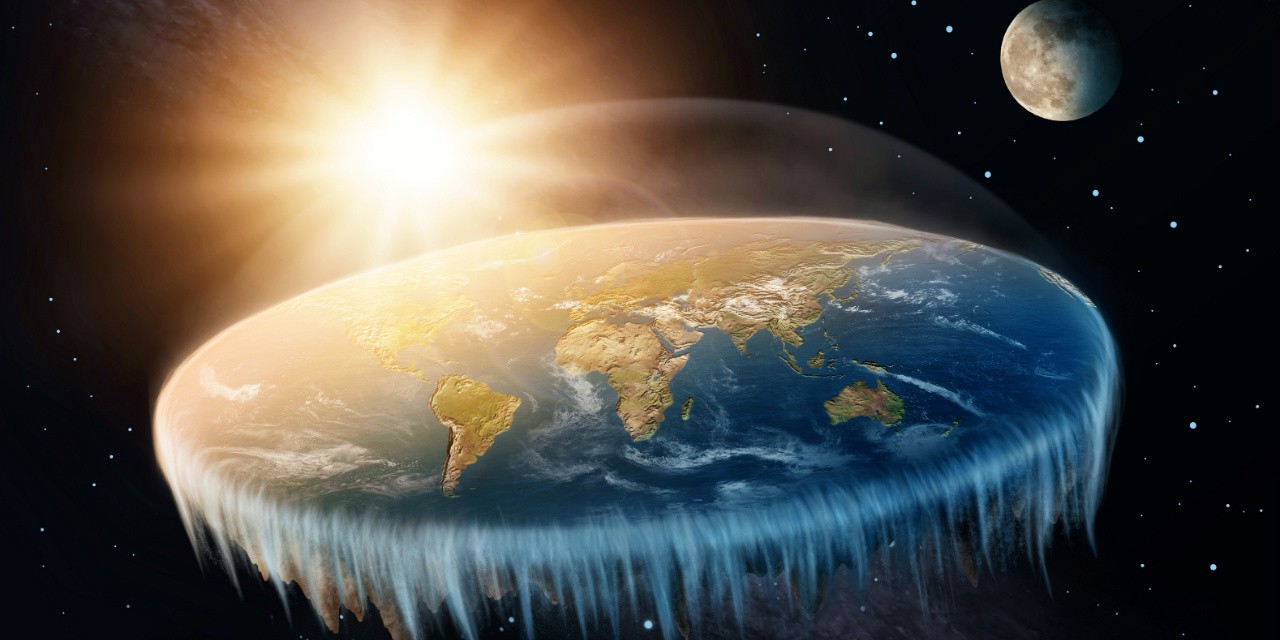 Can quantum physics explain why some people think the Earth is flat? No, but it's an easy way for purveyors of ridiculous ideas and products to sound authoritative, says pseudoscience skeptic Tim Caulfield.

A few years ago, Gwyneth Paltrow infamously declared that water (yes, she meant H2O) has feelings (yes, she meant emotions). It was suggested that just saying nasty things to water causes its molecular structure to change in a measurable way. Even writing a negative word (apparently, water understands English) on a jar filled with water can have an impact at the molecular level.

Was this amazing phenomenon explained by reference to some supernatural or spiritual force? Nope. It's science! Specifically, human negativity has this effect on non-living chemical structures because, well, quantum physics. Quantum!

Quantum physics is now used to explain and market a host of ridiculous ideas and products. This is done not because it actually explains anything related to the relevant ideas and products, but because it sounds so darn sciencey. Invoking quantum physics—which, in the world of real science, is used to describe the nature and interaction of energy and particles at the smallest scale—gives pseudoscience the feel of legitimate science. And since quantum physics is so complex, weird and difficult to understand, a quantum-infused explanation can be hard to refute.

I realize that Ms. Paltrow is a ridiculously easy target, one that I've used often. But Ms. Paltrow and her lifestyle brand, Goop, exemplify how science-y language can be used to sell, spin and confuse.

For example, Goop ran a piece on Lyme disease and used quantum physics to justify an unproven alternative therapy, because "each organ and cell in our body omits energy frequencies." This Goop-endorsed therapy includes a "Bioresonance Analysis of Health" that "evaluates an individual from an energetic point of view." This is 100 per cent BS. But the quantum twist makes it sound like there may be real science there.

It is a tactic that is used by more than just nutty celebrity profiteers. Health-care providers, including physicians and, most often, alternative providers often turn to sciencey-sounding terminology to paint a veneer of scientific legitimacy over unproven or completely bogus practices. Naturopaths, for example, love the word quantum. "The Quantum Naturopath" offers "flexoelectric liquid crystal technology" to "synchronize quantum fluctuations." One Vancouver naturopath who works "exclusively with oncology patients" suggests that "quantum biology" explains how spontaneous remissions may be caused by the patient's "energy."

Of course, sciencey language can also be found in the marketing of basic consumer goods. It is, for instance, increasingly being used by the purveyors of beauty products to lead consumers into thinking the merchandise has a solid scientific foundation. For example, scientific-sounding rhetoric is used to market a shampoo that is, allegedly, a "functional formula" that "leverages antioxidants" and is a "multiprotein blend" with "growth factors" and "polypeptide complexes." (To be clear, your hair is basically a bunch of dead cells. No amount of polypeptide complexes is going to change that reality. If your goal is clean hair, most shampoos perform about the same, regardless of price or sciencey-ness.)

The idea of using scientific-sounding language to sell bunk is hardly new. In the 1800s, magnetism and electricity got a lot of coverage in popular media. These topics were that era's cutting-edge science. And, no surprise, this led to the marketing of health products that leveraged this excitement. There were magnetic and electric devices that could cure, allegedly, almost anything, from general malaise to erectile dysfunction. Some of these products are still around today and the same sciencey, but science-free, nonsense is used to justify their unproven benefits.

Unfortunately, the use of sciencey language is a strategy that works—at least from a marketing perspective. A 2012 study found that when media messages include terminology that presents "the trappings of science," it can create the illusion of scientific authority, even if the relevant article is about some patently pseudo-scientific topic, such as ghosts or haunted houses. A 2013 analysis of skin-care advertising found that sciencey language works because it creates the illusion of credibility and, paradoxically, takes advantage of the opacity of the terminology. In other words, we don't know what this stuff means, but it sounds impressive.

In a 2015 study I did with my colleagues Christen Rachul and Ivona Percec, it was found that the phrase "stem cells" is often exploited to sell cosmetic and anti-aging products, despite the fact that there is no evidence to support the claims. "Stem cells" is a phrase that evokes cutting-edge science and, as such, can make anti-aging claims appear more plausible. Even if most of us don't know exactly what stem cells are or how they work, many likely know it is an exciting area of research that has something to do with regeneration. So, a stem-cell facial cream sounds darn promising.

As science gets more complicated (how many people do you know who can easily explain genomics, stem-cell biology or quantum physics?), it gets increasingly difficult to discern the real science from sciencey hand-waving. To make matters worse, providers who push unproven products and treatments can use numerous strategies to make their science-infused jargon seem very much like the real thing.

There is a growing number of profit-oriented and questionable publishers that do not adhere to academic publication standards—a phenomenon known as predatory publishing. This makes it easy to pay to publish bogus "research" in a journal that, on the face of it, may appear to be a legitimate academic publication. By doing so, a sciencey claim about some unproven therapy is made to seem even more sciencey by referencing a study published in a predatory journal.

How can we protect ourselves against sciencey nonsense? Being scientifically literate can help. Critical-thinking skills are becoming increasingly important and should be taught early and flexed often. In addition, we need a strong regulatory response to the truly misleading sciencey noise. In 2017, there were some positive moves in this area, including a truth-in-advertising complaint again Ms. Paltrow's Goop that identified more than 50 instances of deceptive advertising. In addition, the U.S. Federal Trade Commission recently struck a blow against predatory journals by halting the deceptive practices of several of this industry's biggest journals.

This is a great start, be we shouldn't forget that many of the relevant regulatory tools are complaint-driven. In other words, the more we complain (and please do) the more likely agencies will take action. (In Canada, a truth-in-advertising complaint can be filed with the federal Competition Bureau.)

Perhaps most importantly, the scientific community must play a role. We need scientists to help the public differentiate between science and the merely sciencey. Studies have shown that just calling something bunk rarely changes minds, but providing compelling and reasoned counterarguments—in the popular press, on social media and in public lectures—can make a real difference. We need respected physicists to explain why quantum physics does not support the existence of a life-force energy that can be manipulated by wearing a magical pendant. We need stem-cell researchers to explain that overpriced facial creams do not contain active, skin-regenerating stem cells. And we need the entire research community to disempower the questionable publications that help to legitimize questionable science.

We live in a scientific age. It is no surprise that the language of science is being used (and abused) to market nonsense. But don't get fooled by this rhetorical sleight of hand. Be skeptical. Think critically. And look for the real science.

Timothy Caulfield is Canada Research Chair in Health Law and Policy at the University of Alberta and author of Is Gwyneth Paltrow Wrong About Everything?: When Celebrity Culture And Science Clash.

This article originally appeared Jan. 5 in The Globe and Mail.

COMMENTARY || In 2018 we need less nonsense and more science