COMMENTARY || In an era of misinformation, alternative medicine needs to be regulated 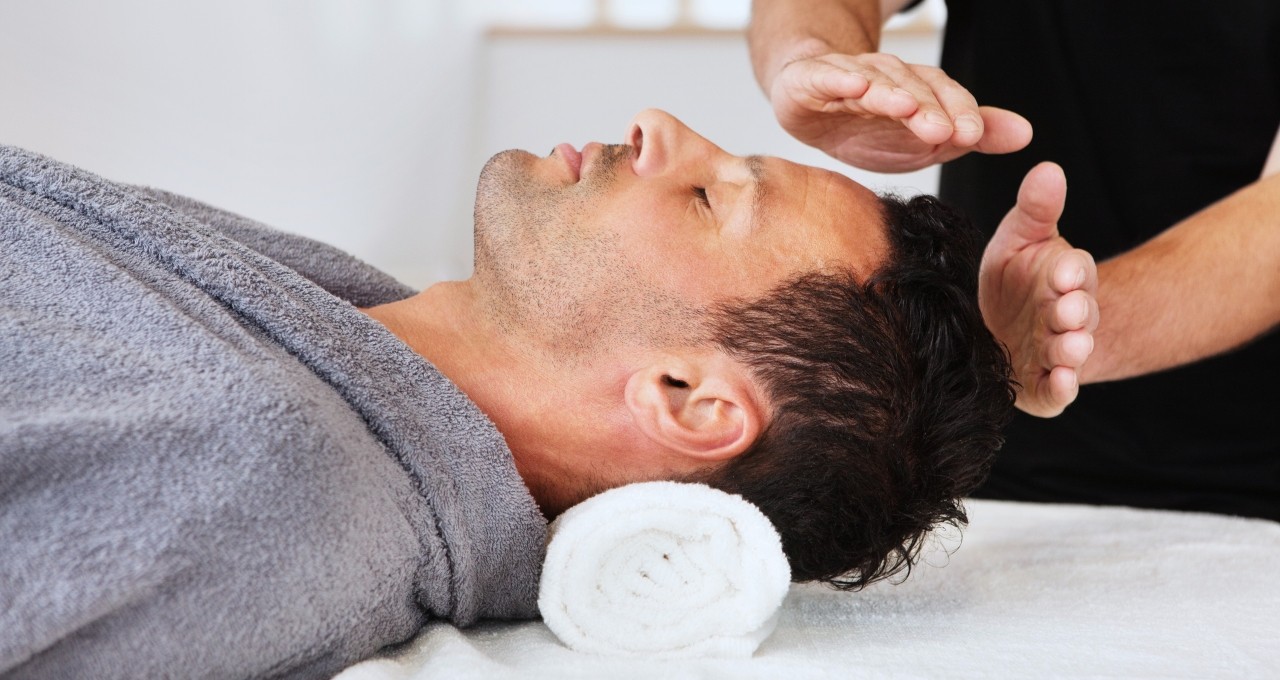 Practitioners of alternative therapies like reiki and homeopathy are using scientific language to market their products, making it harder for people to discern whether they have any basis in evidence, says U of A health law and policy expert Timothy Caulfield. (Photo: Getty Images)

Alternative medicine is big business. One estimate suggests that by 2025, the global market will be worth nearly US$200 billion. That’s a lot of money for an industry that, to put it kindly, is built on a less-than-solid evidentiary foundation.

If people want to spend their money on unproven treatments, they should—within reasonable limits—have that right. But one would hope that decisions about these products and procedures are well informed and based on accurate information. Unfortunately, it is becoming increasingly difficult to differentiate the real science from the nonsense.

This is the era of misinformation, a time when lies and fear-mongering spread faster and farther than the truth. When search-engine results about health queries (or anything, really) can’t be relied upon. When trust in conventional health-care providers is eroding. And when social media are actively used to promote pseudoscience and conspiracy theories. Indeed, there are (probably at this very moment) Russian trolls spreading fabrications about vaccines. And this is being done solely for the purposes of sowing discord and mistrust.

Unfortunately, the strategy seems to be working. A recent survey by the Knight Foundation found that only 27 per cent of respondents say they are “very confident that they can tell when a news source is reporting factual news” and 58 per cent feel that it is “harder rather than easier to be informed today due to the plethora of information and news sources available.” Another large international survey, the 2018 Edelman Trust Barometer, found that 59 per cent of the public are “not sure what is true and what is not.”

To make matters worse, alternative practitioners are increasingly using scientific terminology to market their products. This is done, one can assume, in order to imbue their services with the pretense of scientific legitimacy. For example, in a 2018 study I co-authored with my colleagues Blake Murdoch and Amy Zarzeczny, we found that alternative practitioners, including naturopaths, homeopaths, acupuncturists and chiropractors, are using the language of stem-cell science to advertise their services.

Given how much twisted information is in circulation in the public sphere, it is hardly surprising—although no less frustrating—that people hold so many misconceptions about the value of alternative therapies. A recent study, for instance, found that 40 per cent of Americans believe there are alternative therapies that can effectively cure cancer. There is absolutely no evidence to support this belief. In fact, a 2018 study from Yale University found the contrary to be true: The use of alternative treatments for cancer is associated with poorer outcomes and survival rates.

While combatting the churning tsunami of misinformation won’t be easy, one thing is clear: We need a more robust regulatory response. Both federal and provincial regulators need to step up to protect the public from misleading representations about alternative therapies.

The current regulatory approach clearly isn’t working. As noted in a recent article by Paul Benedetti and Wayne MacPhail in The Globe and Mail, a significant percentage of chiropractors continue to adhere to pseudoscientific vitalistic beliefs and practices. And this has continued despite the existence of decades of regulatory oversight and growing pressure from more science-embracing chiropractors. The situation with naturopaths is arguably worse. In many provinces, naturopaths have been granted the status of being a self-regulated health profession. But this hasn’t stopped naturopathic clinics from offering things such as homeopathy, IV vitamin infusions, colonics and detoxification services. These evidence-free practices aren’t fringe services offered by a few bad apples. They are a core part of what naturopaths do. Our research has found, for example, that 85 per cent of naturopaths offer questionable services for the diagnosis and treatment of allergies and 94 per cent of Alberta naturopaths market homeopathy.

While we have seen some positive steps being taken, such as the recent effort by the College of Chiropractors of British Columbia to crack down on misleading health claims, a more comprehensive approach is required. I agree with a suggestion raised by Mr. Benedetti and Mr. MacPhail. There is a need for independent oversight that ensures alternative practitioners adhere to a science-based approach, that the relevant colleges are ensuring their members are not spreading misleading information and that the best interests of the public remain the central focus.

If the regulated alternative health-care practices really are science-based—as the proponents often claim—then they should welcome this kind of oversight. Over the long term, it can only serve to help legitimize their work and build public confidence. If they aren’t science-based practices and if they wish to continue to have the latitude to spread inaccurate information, then we need to have a broader public debate about how these practitioners should be regulated and what they should be allowed to offer the public.

One response that comes from the advocates of alternative health care is that the science-based critics are being hypocritical. We have no right to complain about the poor regulation of alternative practitioners—the argument goes—when conventional health care has so many problems.

There is merit to this observation. Yes, there is overtreatment and overdiagnosis in our current system. Yes, industry continues to have too much influence on health-care practices. And yes, unproven therapies are marketed to patients by medical professionals.

These are important issues that need to be addressed. (Indeed, I think the provincial colleges of physicians and surgeons should do more to ensure their members are adhering to science-based standards.) But the fact that conventional health care has problems is obviously not an argument for allowing the spread of misinformation and the introduction and promotion of more unproven therapies. And it is not an argument for avoiding the application of the governments’ regulatory powers to ensure the citizens of Canada are not misled by science-free noise about unproven and potentially harmful health-care practices.

Debates about the value of alternative medicine seem likely to continue for many years to come. (For me, there shouldn’t be alternative and conventional medicine, just stuff that works.) But I think we can all agree that the spread of misinformation is a bad thing. Let’s do what we can to stop it.

Timothy Caulfield is a Canada Research Chair in Health Law and Policy at the University of Alberta and host of the TV documentary series A User’s Guide to Cheating Death.

This opinion-editorial originally appeared Jan. 4, 2018, in The Globe and Mail.

COMMENTARY || In an era of misinformation, alternative medicine needs to be regulated