By taking on a defender role typically reserved for Alberta premiers, the UCP leader positioned himself for predictable success in the provincial election, says U of A political scientist. 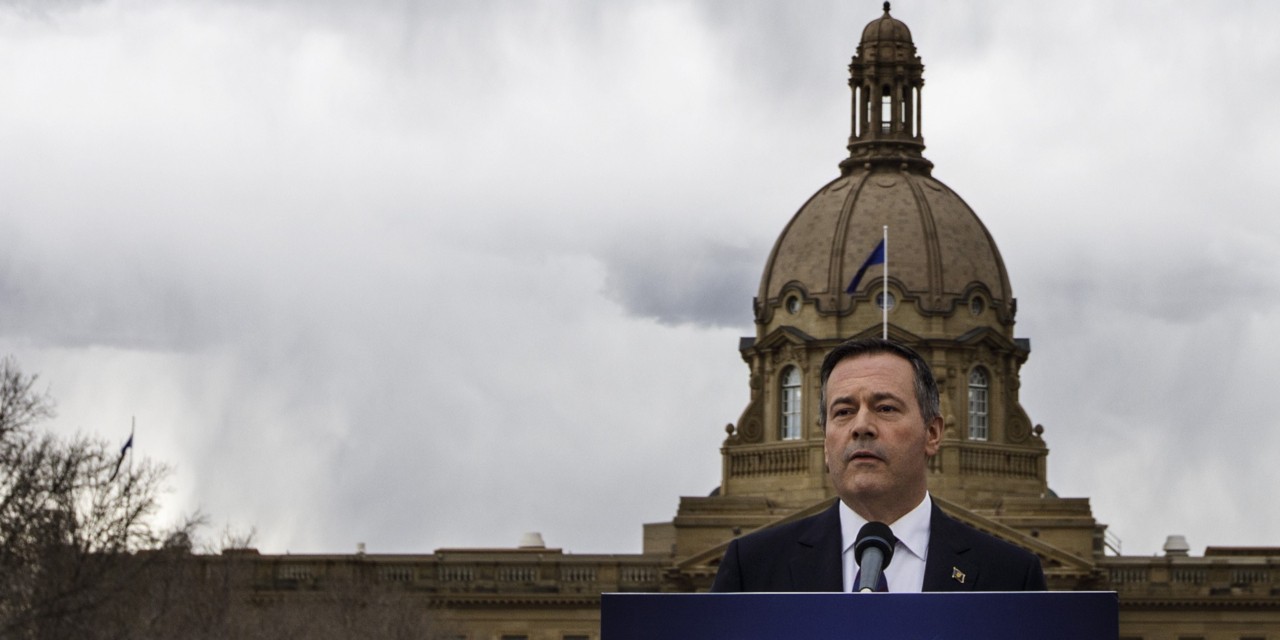 By portraying himself as Guardian of Alberta, Jason Kenney easily moved from opposition leader to premier. (Photo: Canadian Press/Jason Franson)

A number of years ago, I wrote a book about how to become a premier of Alberta. In it, I suggested one of the keys was to cast oneself as the “Guardian” of the province’s interests.

The findings were based on a study of over 70 years worth of premier speeches and campaign materials. I found the most successful premiers (from Bible Bill Aberhart to Ralph Klein) had spoken in a distinct “code” of Alberta politics that defended the freedom of the province—freedom for individuals to pursue happiness and businesses to pursue profits, but also freedom from foes outside Alberta’s borders.

Standing up to Ottawa—or more recently Quebec, Saskatchewan and British Columbia—is a proven formula. Premiers portray themselves as the champions, even saviours, of Albertans as a means of externalizing their opposition.

Opponents within the province—like other party leaders, union leaders, academics and environmentalists—are forced to play cheerleaders or traitors in the premier’s grand narrative.

A rare, but predictable role

This is what makes Jason Kenney’s rise to prominence on the provincial and national stage so rare, yet predictable.

No other opposition leader in Alberta history—indeed, perhaps no other provincial opposition leader outside Quebec—was as successful in asserting himself in the Guardian role. Previously, that place has been reserved for premiers alone (including premiers-in-waiting within the governing party, like Klein).

How did Kenney do it? Put simply, he never considered himself an opposition leader and didn’t pretend to be one.

Long before the relatively short Alberta election campaign, Kenney employed a bold and persistent strategy to provoke his targets into legitimizing him by responding as if he were the Guardian he professed to be.

Consider the following three tactics, which to my knowledge, have never been employed (at least as successfully) by a provincial opposition leader in Canada. In doing so, he successfully cast himself in premier-like roles in the courts, in Parliament and in the national media.

On the first count, Kenney was likely the only provincial opposition party leader ever to apply for intervenor status in an out-of-province court case. He did so to support Saskatchewan’s constitutional challenge of the proposed federal carbon tax.

In doing so, he established himself as Premier Scott Moe’s peer—and Moe reinforced the notion by publicly acknowledging and supporting his application to appear before the Saskatchewan Court of Appeal.

Second, Kenney, a formal federal cabinet minister, returned to Parliament Hill to appear before the Commons Finance committee examining federal carbon pricing. Such a role is usually but not exclusively reserved for subject matter experts, but the federal Conservatives, sensing Kenney’s reputation as one of Canada’s fiercest opponents of the carbon tax, invited him to testify. This, too, lent credibility to his Guardian status.

Third, Kenney goaded the federal government into breaking a related rule of intergovernmental relations by engaging a provincial opposition leader by name. Kenney’s persistent and at times bombastic attacks on the Trudeau Liberals struck nerves among senior federal ministers.

One engaged directly with him on Twitter over his record on pipelines, and the prime minister responded directly to reporter’s questions about Kenney’s personal attacks on his intelligence. Questions remain as to whether the latter move went one step over the line of political civility. But the reaction, not the insult, was the intended result.

Through these and other moves, and the unwitting assistance of his opponents, Kenney assumed a prominent Guardian role in Alberta long before his victory over NDP Premier Rachel Notley.

Notley was no slouch

Notley was certainly no slouch in the Guardian role. Over the course of her four year mandate, she proved adept at identifying outside threats in a host of unlikely places.

Picking fights with Saskatchewan over procurement policy (the “licence plate spat” ) was somewhat predictable given the age-old animosity between the Saskatchewan Party and the NDP. Yet her ability to make an ally of Moe and enemies of her New Democratic counterparts in B.C. and Ottawa on the pipeline issue was a master stroke.

Like many leading women in Hollywood, her success in these instances is all the more remarkable given society’s general perceptions about women in leading roles where the projection of masculine power is paramount.

Kenney’s privileged position as a white, male, conservative leader in a historically conservative province gave him a sizeable advantage in this regard (a fact not lost on critics who decried his ubiquitous use of masculine symbols like his blue pickup truck on the campaign trail).

Nonetheless, Notley’s strong Guardian portrayal was not enought to inoculate her against mainstream criticism that she puts other things (like her party or ideological commitments) ahead of Albertans’ own economic interests.

In the end, perhaps Kenney’s greatest feat since his return to Alberta had less to do with his unique status among other provincial opposition leaders, past and present. Rather, it was his success in convincing everyone he never really was an opposition leader.

Jared Wesley is an associate professor in the Department of Political Science.

This opinion-editorial originally appeared April 21 in The Conversation.