To ease the pain of another season cut too short, remember there’s more to value in hockey than winning the Cup, psychologists advise. 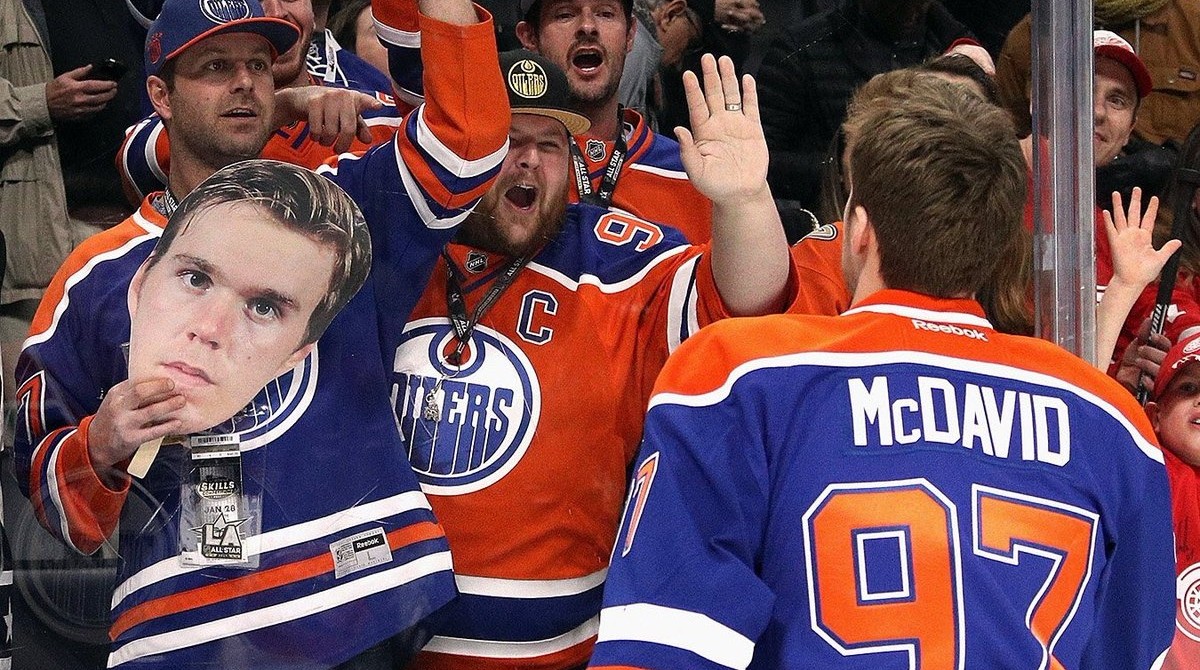 Edmonton Oilers fans identify with captain Connor McDavid's frustration about not making the playoffs because, like him, they care deeply about the team and the game, say two psychologists—and the more they care, the more it hurts. (Photo: Connor McDavid via Twitter)

By WILLIAM HANSON and NOELLE LIWSKI

The 2018-19 Oilers season is over. For most fans, it’s another painful year. A real dumpster fire, some say. Ouch! That’s harsh, especially considering the Oilers played meaningful games until the end.

In addition to nearly making the playoffs, a handful of Oilers are having career-best years. It’s no mystery, however, why they missed the playoffs again: shoddy defence. We saw glimpses of defensive prowess this year. For example, immediately after Oscar Klefbom and Kris Russell returned from IR, as well as Andrej Sekera’s recent Masterton-worthy return to action.

Good defence isn’t as sexy as good offence. And the NHL’s marketing department knows that, as they constantly promote offence. But it’s an illusion and doesn’t jive with rigorous analytics. High-volume shots and highlight-reel goals don’t matter as much as shut-down defence. You don’t consistently win games scoring four or five goals; you win them allowing one or two.

Incidentally, the last time the Oilers had two 100-point scorers (1988-89), the Calgary Flames won the Stanley Cup—and they had Vezina, Norris and Selke finalists in Mike Vernon, Al MacInnis, and Colin Patterson. The Oilers got knocked out in the first round.

When you care, it hurts even more. Just ask Connor McDavid, who, after Tuesday’s game, vented his frustrations. There’s a near-perfect correlation between caring and emotional pain. The more you care about something, the more pain you’ll have when it goes sideways. And like McDavid, Oiler fans care deeply. They’re passionate and emotionally attached to the team. It’s a bona fide relationship.

As Steven Hayes, founder of acceptance and commitment therapy (ACT), says about relationships, “There’s always difficulty, there’s always pain. But you can keep walking towards that beacon in the distance. That process, that journey, is called life. And if you’re moving towards things you value, life is more vital….”

This begs the question: What do you value about hockey?

Competition? Entertainment? Physical activity? Perhaps it’s a social thing? Is it a de-stressor? Or is it basking in the reflected glory of another Cup?

Only three per cent of NFL, NBA, MLB and NHL teams win championships each year, so that’s an unlikely outcome—“a beacon in the distance,” as Hayes says. In fact, about 25 per cent of NHL teams haven’t won a Cup. Ever. Even perennially good teams like San Jose, St. Louis and Minnesota. Not one Cup amongst them. Fans can be extraordinarily proud of the Oilers’ five Cups.

Doing that might feel good in the moment but long-term, it feels worse. It’s OK to be angry and dejected right now. We are, and we’re moving forward, painful feelings and all. We’re focusing on the process and our underlying values as we go, like enjoyment of elite sports competition, gritty play and local cultural pride.

In Edmonton, the Oilers are a tie that binds. They not only buffer stress from long mood-wrenching winters, they also create a sense of belongingness and community pride. As head coach Ken Hitchcock says, “it’s a way of life” here.

As for this year’s team, it’s not a dumpster fire. It just needs a little tweaking, especially defensively. As team defence improves, so do the Oilers’ chances of winning another Cup. In the meantime, let’s remember why we love hockey in the first place.

William Hanson is an associate professor in the Department of Educational Psychology. Noëlle Liwski is a clinical psychologist at the Cross Cancer Institute.

This opinion-editorial originally appeared April 6 in the Edmonton Journal.