Aging in community offers better quality of life and more cost-effective care, but nursing homes need funding and staffing to meet needs of residents admitted later in life, say U of A researchers. 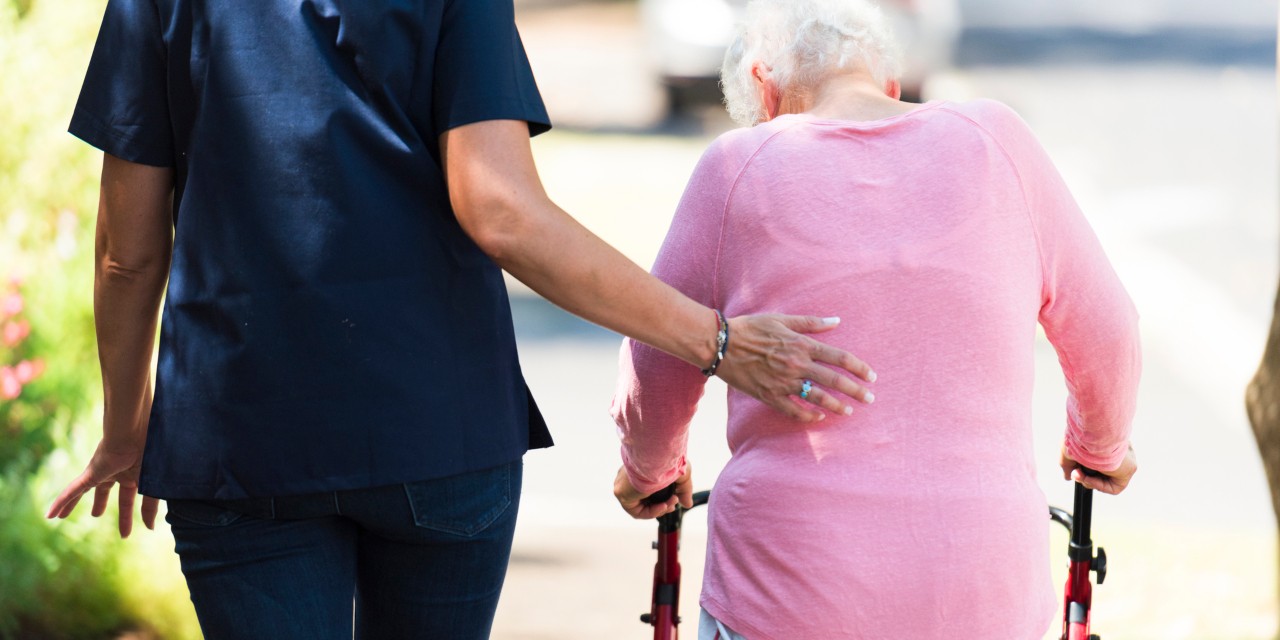 Health services that allow seniors to remain at home longer are cost-effective and improve quality of life, but those who eventually enter nursing homes tend to have more complex needs, according to U of A researchers. (Photo: Getty Images)

By MATTHIAS HOBEN and CAROLE A. ESTABROOKS

Nursing homes fill a vital role for older adults unable to remain at home or in other supportive environments.

Nursing home care is costly to governments. In 2017, Canadian governments spent close to $19 billion on care provided in nursing homes and supportive living facilities. Individuals are also expected to contribute to their stay and spent more than $8 million in 2017.

What can we learn from provinces with differing policy approaches to aging in place?

Our recent study shows that policies directed at aging in the community reduce the overall length of stay in nursing homes, but that such residents are entering nursing homes with more complex care needs—a reality not yet reflected in nursing home care funding, training and staffing.

We used Translating Research in Elder Care (TREC) longitudinal data to assess the average length of stay for almost 8,000 residents across 18 nursing homes in three different health jurisdictions in Alberta and Manitoba from 2008 to 2015. We found significant differences in how long the average resident stays in a nursing home, with regional policies likely being the key factor.

In Alberta, where there has been a dedicated effort to keep older adults in the community longer, the length of stay in a nursing home is significantly shorter than Manitoba. Manitoba is the province with the highest proportion of nursing home admissions in the country where care could be delivered elsewhere.

Alberta has made it a priority since 2000 to restrict admissions to nursing homes to those with complex conditions. To do this, it has increased care services in the community and developed differing levels of supportive living according to need.

So how does that affect the nursing homes and their residents and staff?

We found that while Alberta had lower lengths of stay in nursing homes overall, the residents in Alberta had significantly higher care needs than residents in Manitoba. More Alberta residents were found to have high physical dependency, severe cognitive impairments (e.g., dementia) or clinical instability, which makes sense if residents are entering long-term care at later stages of their care trajectories.

When care needs are high, staff may experience increased workloads, which can lead to burnout, and a subsequent decrease in job satisfaction with implications for physical and mental health that can affect the quality of care a resident receives.

Longer nursing home stays, as in Manitoba, on the other hand, can mean residents are being transitioned to nursing homes too early.

Research shows that aging in place and keeping older adults comfortable in the community longer may offer a better quality of life and provide more efficient and cost-effective care. But admitting residents into long-term care later in life when their needs are higher means we have to ensure adequate funding and staffing.

This opinion-editorial originally appeared July 14 in the Toronto Star.