COMMENTARY || New era of astronomy uncovers clues about the cosmos 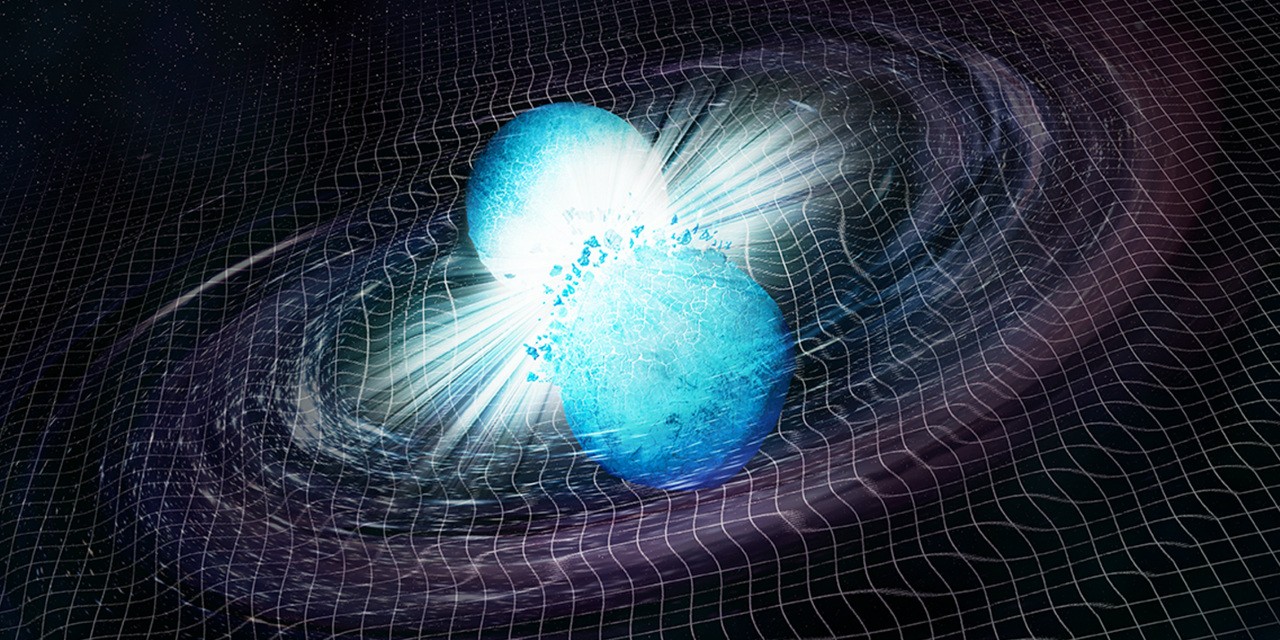 The recent discovery of two neutron stars merging while spinning around each other heralds a new age of space science that will see astronomy and physics merge to gain the best of both worlds, say two astronomers. (Image: NASA/CXC/Trinity University/D. Pooley et al.)

By GREGORY SIVAKOFF and DARYL HAGGARD

Astronomers have had a blockbuster year.

In addition to tracking down a cosmic source of neutrinos, they have detected the merger of two city-sized neutron stars, each more massive than the sun.

The discoveries were heralded as evidence that a “new era of multimessenger astronomy” had arrived.

But what is multimessenger astronomy?

In our daily lives, we interpret the world around us based on different signals, such as sound waves, light (a type of electromagnetic wave) and skin pressure. Each of these signals may be carried by a different “messenger.” New messengers lead to new insights. So astronomers have eagerly welcomed a new set of messengers to their science.

For most of the history of astronomy, scientists primarily studied signals transmitted by one messenger, electromagnetic radiation. These waves, which move through space and time, are described by their wavelengths or the amount of energy found in their particles, the photons.

Radio waves have photons with the lowest amount of energy and the longest wavelengths, followed by infrared and optical light at intermediate energies and wavelengths. X-rays and gamma-rays have the shortest wavelengths and the highest energy.

But scientists study others messengers too:

And while some fields in astronomy have explored these messengers for years, astronomers have only recently observed events from well beyond the Milky Way with more than one messenger at the same time. In just a few months, the number of sources where astronomers can piece together the signals from different messengers doubled.

Multimessenger astronomy is a natural evolution of astronomy. Scientists need more data to put together a complete picture of the objects they study and match the theories they develop with their observations.

Astronomers have combined different wavelengths of photons to piece together some of the mysteries of the universe. For example, the combination of radio and optical data played a major role in determining that the Milky Way is a spiral galaxy in 1951.

And astronomy continues to reveal great results about our universe using just one messenger, photons. So if multimessenger astronomy is just an evolutionary step of an incredible history of successes, does that mean it’s just a new buzzword?

We don’t think so.

Imagine you are walking along an ocean beach. You are enjoying the sight of an incredible sunset, hearing the rolling waves, feeling the sand beneath your feet and smelling the salty air. Your combined senses form a more complete experience.

With multimessenger astronomy, we hope to learn more from the universe by combining multiple messengers, just as we combine sight, hearing, touch and smell.

But it’s not always a picnic

The cultures of astronomers and particle physicists represent different approaches to science. In multimessenger astronomy, these cultures collide.

Astronomy is an observational field and not an experiment. We study astronomical objects that change over time (time-domain astronomy), which means we often have only one chance to observe a transient astronomical event.

Until recently, most time-domain astronomers worked in small teams, on many projects at once. We use resources like The Astronomer’s Telegram or the Gamma-ray Coordinates Network to rapidly communicate results, even before submitting scientific papers.

Since most of the expected sources of multimessenger signals are transient astronomical events, it’s a huge effort to capture the messengers besides photons.

Particle physicists have led the way in creating large international collaborations to tackle their hardest problems, including the Large Hadron Collider, the IceCube Neutrino Observatory and the Laser Interferometer Gravitational-Wave Observatory (LIGO). Corralling hundreds to thousands of researchers to work toward common goals requires comprehensive identification of roles, strict communication guidelines and many teleconferences.

The need to respond to rapid changes in a multimessenger source and the huge effort to capture multimessenger signals means astronomy and particle physics must merge towards one another to elicit the best of both cultures.

The benefits of multimessenger astronomy

While multimessenger astronomy is an evolution of what astronomers and particle physicists have done for decades, the combined results are intriguing.

The detection of gravitational waves from merging neutron stars confirmed that these collisions made a large fraction of the gold and platinum on Earth (and throughout the universe). It also showed how these collisions give rise to (at least some) short gamma-ray bursts—the origin of these explosive events has been a huge open question in astronomy.

The first association of a neutrino with a single astronomical source provided a glimpse into how the universe makes its most energetic particles. Multimessenger astronomy is revealing details about some of the most extreme conditions in our universe.

The multimessenger perspective is already yielding more than the sum of its parts—and we can expect to see more surprising discoveries in the future. Elite teams across Canada are already contributing to the growth of this young field, and multimessenger astronomy promises to play a major role in our next decade of astronomical research in Canada—and across the world.

Gregory Sivakoff is an associate professor in the Department of Physics.

Daryl Haggard is an assistant professor of physics at McGill University.

This op-ed originally appeared Aug. 28 in The Conversation.

COMMENTARY || New era of astronomy uncovers clues about the cosmos