Proposed provincial park in Bighorn Country a significant step toward protecting wildlife, water and land for generations to come, says U of A ecologist. 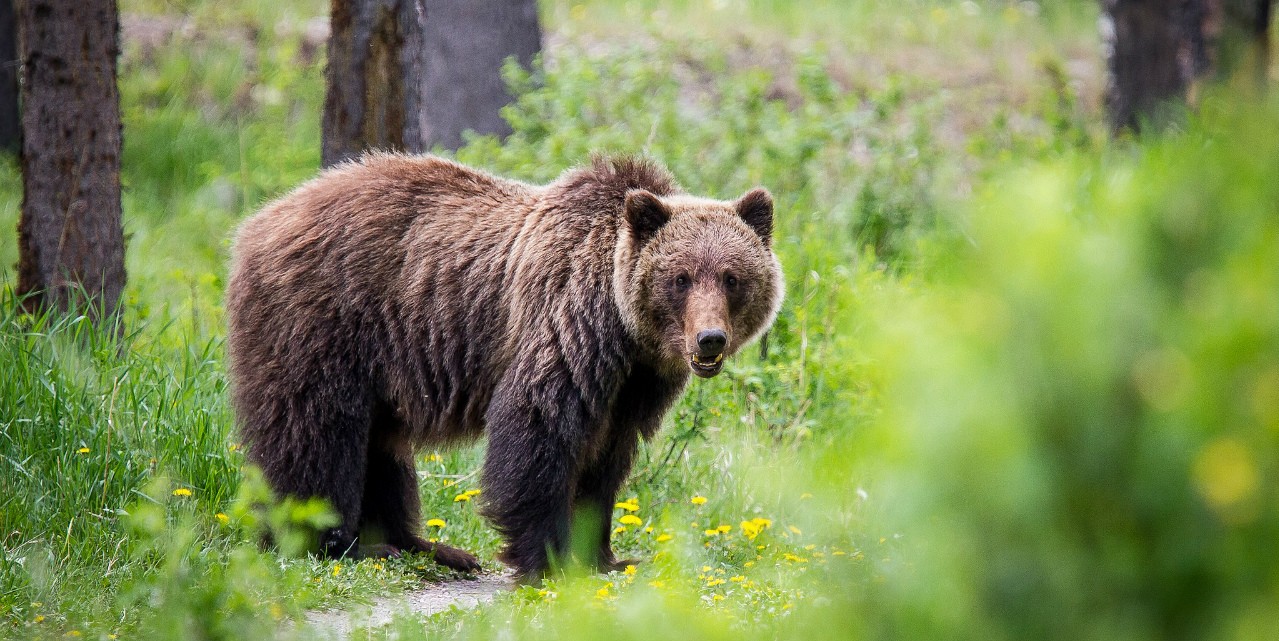 By MARK BOYCE and JEREMY KERR

Alberta is taking welcome steps to conserve the vibrant lands and clean waters that make this province a haven for wildlife and humans alike.

The government’s newly announced proposal to establish the Bighorn Wildland Provincial Park and create additional parks and recreation areas in the region will conserve a rich mosaic of habitats that sustain grizzly bears, bighorn sheep, bull trout and more. It will also preserve the headwaters of the North Saskatchewan River, which provides water to over 1.5 million people in Edmonton, Drayton Valley and other communities.

The proposal for Bighorn Country builds on leadership Alberta demonstrated earlier this year. In May, the province protected 1.3 million hectares of boreal forest by creating four new parks and expanding a fifth around the Birch River. Together with existing parks in the area, it forms the biggest expanse of protected boreal forest in the world.

These conservation gains hold national and global significance. Canada committed to protecting at least 17 per cent of lands by 2020 as part of the international response to the alarming rise in animal and plant extinctions. Canadian governments endorsed this commitment, and Alberta offers an effective model of how action at home can contribute to shared global efforts to sustain the diversity of life for generations to come.

Our country has a special responsibility to lead.

Scientists have documented the dramatic rise in extinctions around the globe. The Earth is currently losing species at a speed of up to 10,000 times the natural rate. Each lost animal or plant species tears at the fabric of ecosystems, weakening their ability to maintain life. This has far-reaching implications, for the same places that support wildlife also support people with food, medicines, clean water, fresh air and a stable climate.

Here in Canada, we still have healthy landscapes on a sweeping scale. Bighorn Country, for instance, is an essential stretch in a larger migration corridor, contributing to the genetic vitality of grizzlies, wolverines and other species and offering the best chance for them to move and adapt in the face of climate change.

By protecting places like the Bighorn, Alberta is conserving wildlife and maintaining clean waters on a significant scale. The province’s plan for a network of new parks and recreation areas will make it possible for people to continue hiking, camping and exploring these lands and ensure animals have healthy habitat far into the future.

More work remains to be done to honour international commitments to the UN Convention on Biological Diversity. Canada has preserved only 10.6 per cent of lands to date, making it last among G7 nations in terms of percentage protected. Other provinces and territories can follow Alberta’s lead in accelerating toward the international conservation goal. One key mechanism is partnering with Indigenous nations that are identifying lands they wish to see protected for ecological and cultural reasons and are co-managing national, provincial parks and wildlife areas across the country.

Partnerships between Indigenous, provincial, territorial and federal governments will generate major conservation gains and help Canada become a global leader in conservation. The Bighorn is part of that larger endeavour, and its protection will sustain an abundance of wildlife, fresh water and vibrant lands for Alberta and beyond.

Mark Boyce is a professor of ecology in the Faculty of Science. Jeremy Kerr holds a research chair in macroecology and conservation at the University of Ottawa.

This opinion-editorial originally appeared Dec. 3 in the Calgary Herald.