Evidence is clear that millions in Ukraine were deliberately starved, says director of U of A’s Canadian Institute of Ukrainian Studies. 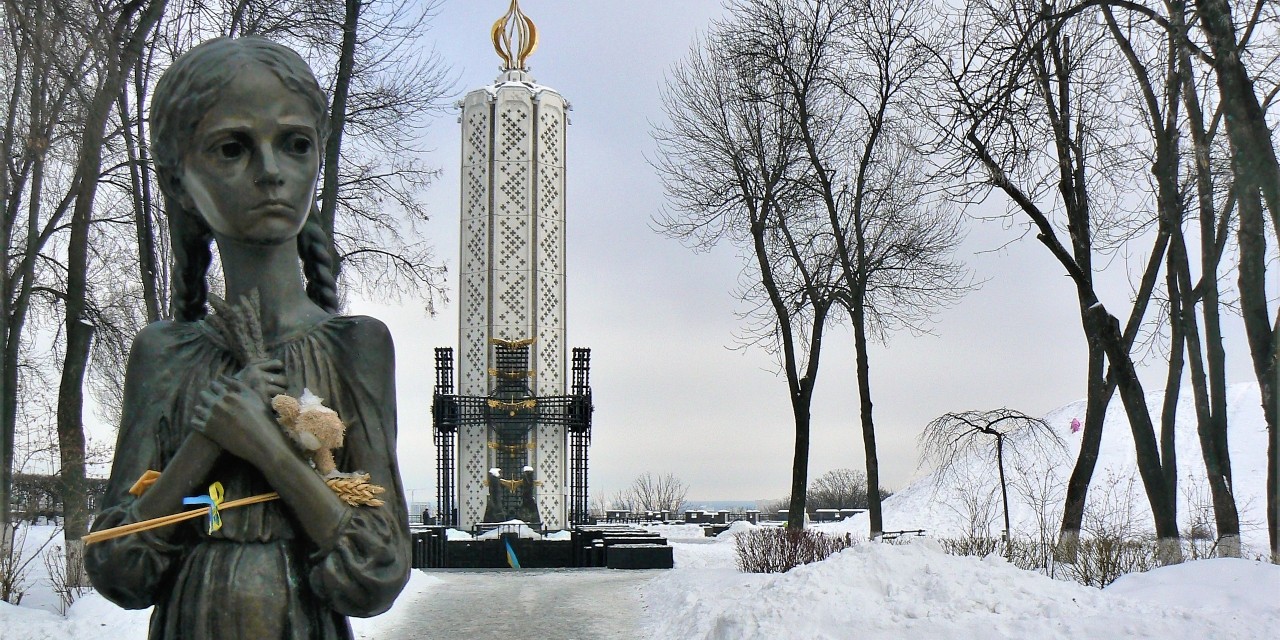 A monument entitled "The Memory Candle" in Kyiv, Ukraine, commemorates the victims of the Holodomor. (Photo: Jarosław Góralczyk, CC BY-SA 4.0)

A sessional lecturer in the Faculty of Education at the University of Alberta, Dougal MacDonald, recently posted on his personal Facebook page a diatribe dismissing the genocidal Ukrainian famine, or Holodomor, as a myth concocted by the Nazis. MacDonald produces an online bulletin of the Marxist-Leninist Party of Canada and ran as the party’s candidate in Edmonton-Strathcona riding in the last federal election, garnering 77 votes.

His denial of the Stalinist-created famine immediately brought to mind the late James Keegstra’s denial of the Holocaust, which resulted in his dismissal as a teacher—something many in the Ukrainian community believe should happen with Mr. MacDonald. As November marks the month when Ukrainians commemorate the memory of the victims of the famine, I would like to set the record straight about some facts about the Holodomor.

First, it should be understood, that after decades of dismissal, denial and obfuscation of the famine by Soviet propagandists and fellow enablers in the West, there is now a massive amount of evidence which establishes that millions of Ukrainians were deliberately starved to death in 1932-1933 as a result of Soviet policy.

Numerous books, scholarly articles and academic conferences devoted to the subject irrefutably document that the Kremlin implemented a host of measures immediately before, during and after the famine that were designed to break the widespread Ukrainian resistance to the brutal forced collectivization of agriculture while simultaneously dealing a crippling blow to Ukrainian aspirations for greater autonomy or potentially independence—a right theoretically guaranteed by the Soviet Constitution.

The Canadian Institute of Ukrainian Studies at the University of Alberta has for seven years been operating a unit devoted specifically to researching the Holodomor, which has produced a veritable flood of information about the artificial famine based on newly accessible secret police files in Ukraine as well as diverse but often overlooked holdings in the West.

In early November, we hosted a highly successful conference titled Documenting the Famine of 1932-1933 in Ukraine: Archival Collections on the Holodomor outside the former Soviet Union, which drew 20 scholars from around the world to share new findings and opportunities for further investigation. Historical research on the Holodomor continues to deepen our knowledge of the causes and consequences of this horrific famine. It was this sort of serious scholarship that, in 2008, inspired the government of Canada to recognize the Holodomor as a deliberate act of genocide.

Secondly, it obviously needs to be pointed out that it was not the Nazis who uncovered and promoted awareness of the Holodomor, but reputable reporters like the Welshman, Gareth Jones; the Englishman, Malcolm Muggeridge; and the Canadian, Rhea Clyman, who first alerted the world about the terrible crime against humanity that was taking place in Soviet Ukraine.

All of them saw with their own eyes what was happening and were so appalled by the behaviour of the Bolshevik regime that they felt compelled to speak out. They were subsequently joined by a growing chorus of other Western journalists and intellectuals, all of whom who had left-wing views and initially believed in the Soviet “experiment”: Eugene Lyons, William Henry Chamberlin, Louis Fischer, Harry Lang and Will and Ariel Durant. They, too, denounced the Soviet government for the famine and its use of institutionalized terror.

In this era of fake news and alternative facts, we must avoid misinformation drawn from the propagandistic backwaters of the internet. Those interested in learning more about the Soviet regime and the Holodomor should, instead, consider well-researched and scholarly sources, such as the following: Labour and the Gulag: Russia and the Seduction of the British Left, 2017; Red Famine: Stalin’s War on Ukraine, 2017; Bloodlands, Europe Between Hitler and Stalin, 2010; The Holodomor Reader: A Sourcebook on the Famine of 1932-1933, 2012; and finally, The Famine of 1932-1933 in Ukraine: An Anatomy of the Holodomor, 2018.

The latter two are available through the University of Alberta Press. An easily accessible source is the website of the Holodomor Research and Educational Consortium, www.holodomor.ca.

Jars Balan is director of the Canadian Institute of Ukrainian Studies at the University of Alberta.

This opinion-editorial originally appeared Nov. 29, 2019, in the Edmonton Journal.