COMMENTARY || No end in sight for conflict in Ukraine

Strife over Ukraine’s Donbas region remains the single most intractable political problem in contemporary Europe, says U of A historian. 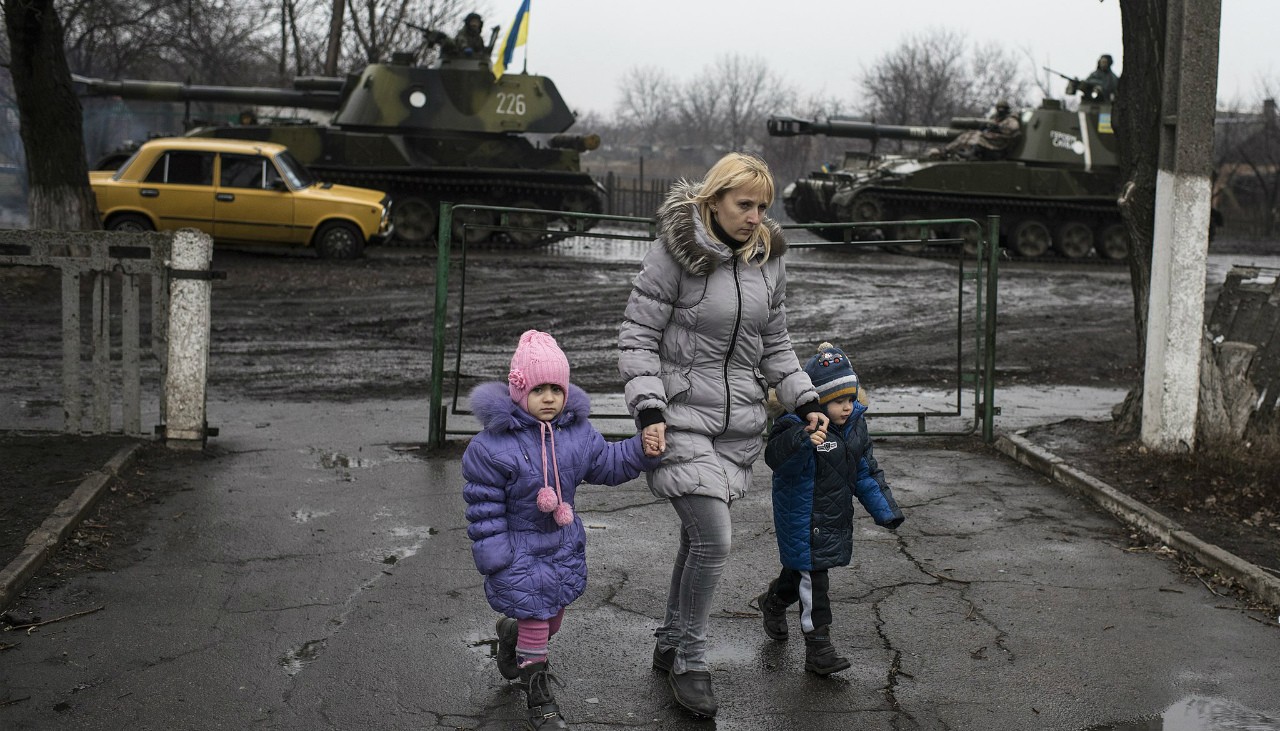 Though a tenuous ceasefire has held in the Donbas region of eastern Ukraine since 2015, the region's future remains in doubt, says U of A historian David Marples. (Photo: OSCE SMM via Flickr, CC BY 2.0)

It’s been four and a half years since tensions between Ukraine and Russia erupted. Despite an uneasy truce negotiated two years later that remains in place, there is no sign the underlying causes of the conflict will be resolved any time soon.

In November 2013, Ukrainians poured into the streets of Kyiv to demand closer ties with the European Union. By the following spring, Ukrainian president Viktor Yanukovych, who ultimately opted not to sign the EU Association Agreement, fled. He resurfaced in Russia, declaring that he had been deposed in a coup by right-wing insurgents.

Russian president Vladimir Putin was in Sochi at the time, attending the Winter Olympic Games. Returning to Moscow, he authorized an invasion of Crimea from Russian naval bases and the mainland, initially led by troops without insignia dubbed by locals, “the little green men.” The occupation took place without major casualties. There followed a dubious referendum, conducted under close military control, to incorporate Crimea into the Russian Federation. Russia ratified the annexation on March 21, 2014.

Shortly thereafter, armed pro-Russian groups took over government buildings in a number of eastern cities, sometimes assisted by locals, but led by outsiders who had been involved in Crimea. Putin and others spoke of the establishment of Novorossiya (New Russia), a reference to the new territories annexed by Catherine the Great in the 18th century.

The armed conflict that followed, however, was largely restricted to two Russian-speaking regions of Eastern Ukraine, Donetsk and Luhansk.

All other cities of Eastern Ukraine soon ejected the militants and restored their governments. The militants set up base in the city of Sloviansk under the leadership of a maverick Russian intelligence officer, Igor Girkin. During his leadership a Malaysian airliner, carrying 298 (mainly Dutch) passengers was hit by a missile fired from the rebel zone on July 17.

Ukraine responded with an “anti-terrorist operation” (ATO) zone. Ukrainian troops advanced on Sloviansk at the start of July after two earlier failed attempts to recapture the city. Girkin and his forces retreated to Donetsk. Girkin was dismissed as “defence minister” on August 14, 2014, but Donetsk remained the militants’ new headquarters.

Russia then took a more direct role, supplying the anti-Ukrainian forces with advanced military technology, material supplies and “volunteer” troops. Ukrainian forces entered Ilovaisk on August 18 but were promptly encircled by militants and a massive contingent of Russian forces that had crossed the border starting August 24. After a five-day siege, Putin assented to a peaceful retreat by the Ukrainian army, but the Russians fired freely upon the government forces, killing about 1,000 and taking prisoner a further 500.

That disaster ended the ATO. Ukraine took part in armistice talks, hosted by Belarusian president Alexander Lukashenko and mediated by France and Germany, which led to “Minsk Protocols.” The initial agreement in September was followed by a second meeting in February 2015, supervised by the Organization for Security and Cooperation in Europe (OSCE) and attended by the leaders of France, Germany, Russia and Ukraine.

It called for an immediate ceasefire, the removal of heavy weaponry, a 50-kilometre security zone between the two sides, amnesties and the release of prisoners, elections with a temporary law of self-governance in the occupied regions, and Ukrainian control of the state border by the end of 2015. Monitoring of the agreement was in the hands of OSCE observers. The summit gave some credibility to the leaders of the so-called Donetsk People’s Republic (DPR), Aleksandr Zakharchenko, and Luhansk People’s Republic (LPR), Igor Plotnitsky.

Three years later, the ceasefire technically is in place but fewer provisions of the Minsk Protocols have been followed. About 11,000 people have died, and a further 1.5 million have fled the region, to other areas of Ukraine or to Russia. There are daily casualties in the conflict zone, mostly by shelling and rifle fire. The original militant leaders are gone: Girkin left in August, Plotnitsky fled Luhansk in November 2017 and Zakharchenko was killed by a bomb on August 31, 2018.

Yet Ukraine is nowhere close to resolving the dilemma. Alexander Motyl commented in The Kyiv Post in October 2014 that Ukraine should “[wash] its hands of the enclave that Russia and its proxies now control.” Others consider Donetsk and Luhansk integral to Ukraine.

Two other factors should also be added: the first is the uniqueness of the Donbas, with its history of demands for autonomy. The second is Russia. There is ample evidence to suggest that Russia became disillusioned both with Girkin and Zakharchenko. Russia wishes to have more compliant figures at the helm. But Putin is reluctant to commence a full-scale war with Ukraine.

Some Russian goals are clear: Ukraine should not join NATO or European structures. Its navy controls the Azov Sea, and completed a 227-metre bridge linking the Krasnodar region to Crimea, and it continues support to the DPR and LPR regimes.

Putin favours the use of UN peacekeeping forces in Donbas but insists that Ukraine must communicate directly with the leadership of the two republics. Thus far, Ukraine has refused to do so. The future of this region, the heartland of Ukrainian industry, remains in doubt, not least because of the lack of clarity in the policies of the major actors involved. It remains the single most intractable political problem in contemporary Europe.

David R. Marples is a professor of Russian and East European history in the Department of History and Classics.

A version of this opinion-editorial appeared Oct. 30 in the Edmonton Journal.

COMMENTARY || No end in sight for conflict in Ukraine