COMMENTARY || No evidence to suggest cannabis use causes schizophrenia—so why do some people think it does?

U of A psychology professor explains how the myth began and why it isn’t true. 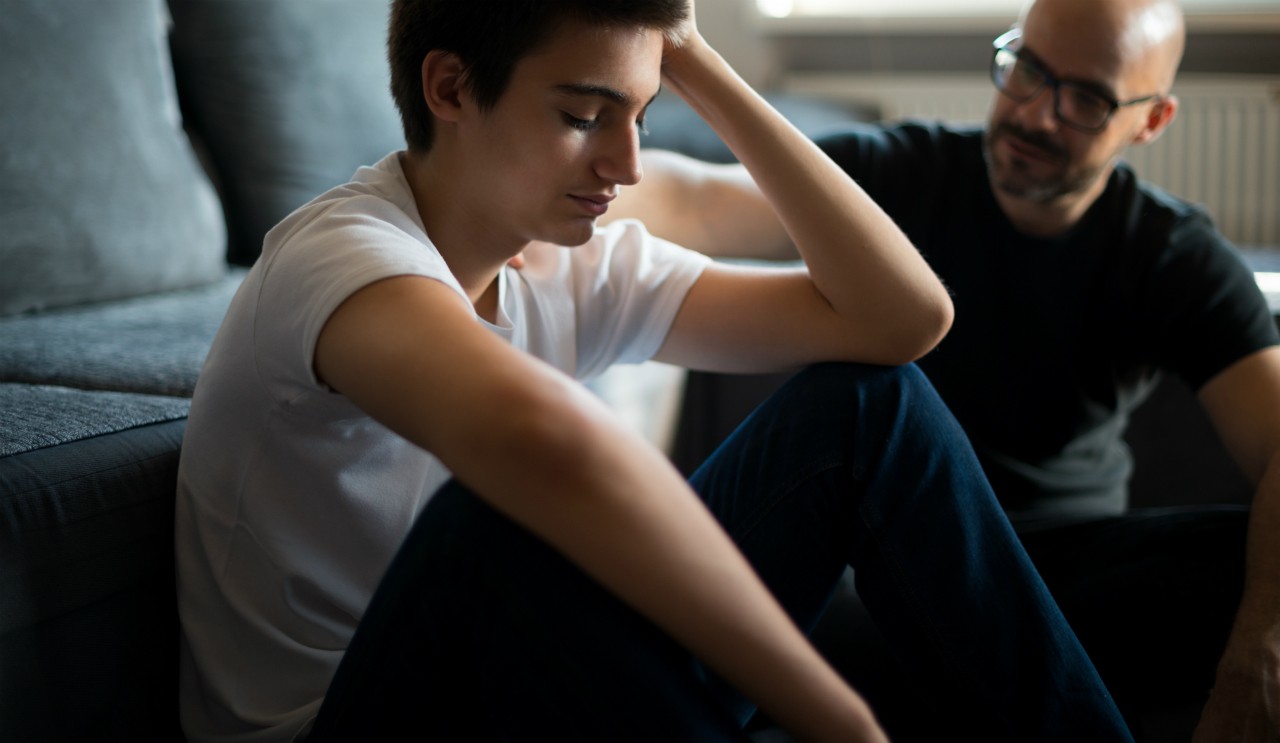 Because cannabis use and schizophrenia symptoms both often begin in the teens, parents may think cannabis use causes the mental illness, but there is no evidence to support such claims, says a U of A psychology professor. (Photo: Getty Images)

For parents of individuals who have been diagnosed with schizophrenia, one of the most troubling questions must be, “Did my child develop schizophrenia because they consumed cannabis?”

Certainly, this possibility has been voiced in newspapers, magazines, news programs and even television documentaries. This claim is typically based on anecdotal accounts of parents saying that their child began smoking cannabis a lot when they were 14 and now they’ve been diagnosed with schizophrenia.”

In short, it is very unlikely that consuming cannabis would generate schizophrenia in someone who otherwise would not develop the disorder.

Most neuroscientists accept the conclusion that the origins of schizophrenia are to be found during gestation of the fetus. In other words, schizophrenia is regarded as a neurodevelopmental disorder.

One of the many reasons we think of schizophrenia as a neurodevelopmental disorder is that brain scans and autopsies reveal that some key brain structures are malformed in the schizophrenic brain. However, suppose the damage were to occur to adult brain structures. And say this damage was thought to be from smoking cannabis. In this case, we would see a large number of the brain helper cells known as glial cells accumulating where the destroyed neurons used to be. This event, known as gliosis, doesn’t occur in the brains of people diagnosed with schizophrenia, telling us that the oddly structured regions have developed from birth.

Now, imagine the thought patterns of the developing brain in a schizophrenic individual. It’s highly likely that, even though they are not manifesting symptoms, they are aware that they are somehow different from their friends, or that, for some reason, their peers don’t want to spend time with them. The resulting social isolation or alienation would no doubt be very distressing. Not having any explanation for this, but still being aware of it, means it’s likely they may try to self-medicate by using cannabis or possibly alcohol.

Given this finding, why has the idea that cannabis causes schizophrenia become so well known?

This question is even more puzzling when one considers the studies that are often cited in support are all correlational studies, meaning the researchers are only measuring aspects of users’ lives such as their age, gender, use of drugs (including cannabis) and social activity, such as how often they go to parties. Crucially, they have no control over the factors that might influence their data. The problem with correlational studies is that they do not allow researchers to draw any causal conclusions from their data.

For example, how would we explain, or identify, the cause of the strong correlation between the number of non-alcoholic cold drinks consumed and the number of drownings that occur?

Do drownings cause people to drink more cold drinks? Unlikely. Well, could drinking cold drinks cause more people to drown? Is that the tragic consequence of not obeying the advice about not swimming for an hour after a meal? Also pretty unlikely. So, what now? In correlations, there is always the possibility of a third variable. In this case, the presence of a hot sunny day explains the cold drink-drowning correlation. The temperature makes more people swim and also consume cold drinks.

To be fair, most researchers acknowledge the limitations of their correlational studies. However, that acknowledgment does not make a sexy or engaging story, so it’s pretty common for journalists to take a little licence and suggest that the study shows causation. It’s important to attract readers or viewers, but it’s unfortunate that in this case, the claim has probably caused unfounded worry and self-recrimination in parents of individuals diagnosed with schizophrenia.

Tim Parker is a professor of psychology at the U of A’s Augustana Campus.

This op-ed originally appeared Sept. 25 in the Camrose Booster.

COMMENTARY || No evidence to suggest cannabis use causes schizophrenia—so why do some people think it does?