COMMENTARY || Now more than ever, we must fight misinformation. Trust in science is essential

Public health measures against COVID-19 depend on trust in medical science that is being eroded by an "infodemic," argues Timothy Caulfield. 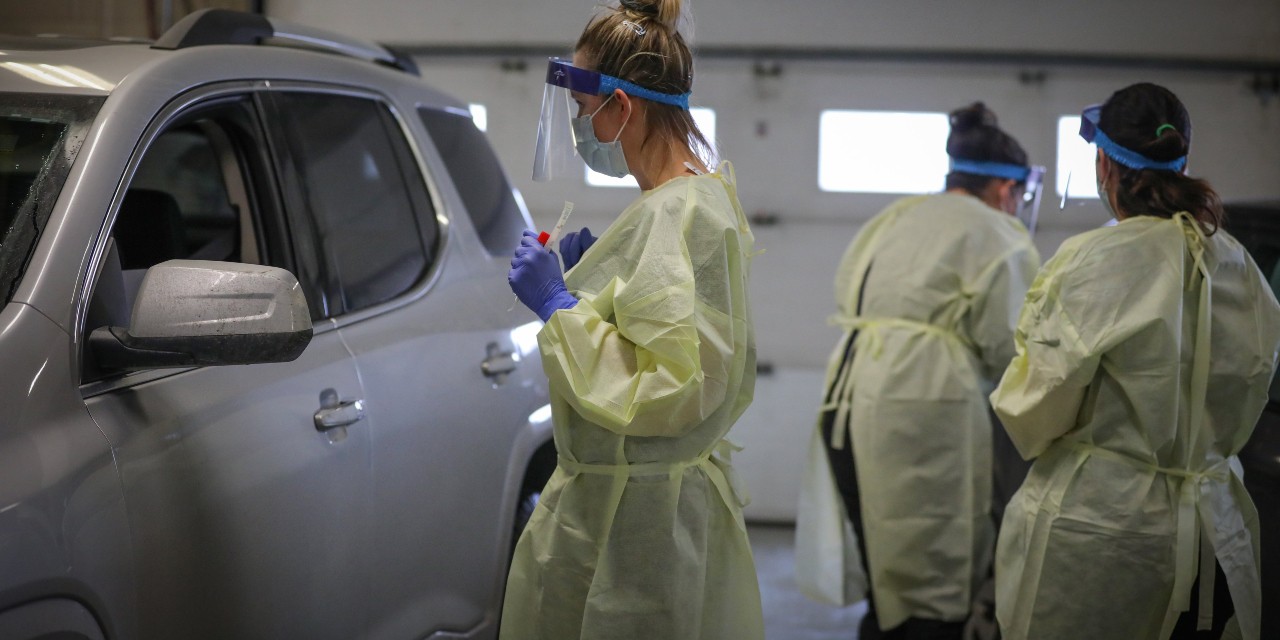 What is driving the novel coronavirus infodemic? Fear, uncertainty and opportunistic marketing are all playing a role. But it is also a legacy of our growing distrust of science, experts and health-care institutions. Not only is this the era of misinformation, it is also the era of distrust.

A recent study found that after years of relative stability, 2019 witnessed a “significant drop in Canadians’ trust in major institutions, organizations, leaders and many sources of information.” This data is consistent with research done at the international level. The 2020 edition of the Edelman Trust Barometer concluded that the “global trust crisis is deepening,” making it more “difficult to collaborate and take collective action to solve large, pressing problems.”

There is also growing doubt about the news media, particularly what is circulated on social media. And, in Canada, there has been a loss of trust in science and conventional medicine. A survey from 2019 found that 32 per cent of Canadians express skepticism about science and 44 per cent believe scientists are “elitist.”

We need to take care not to overstate or oversimplify the problem. The issue of trust is complex and health-care providers and scientists are still relatively respected voices. But there is no doubt that even a modest increase in suspicion toward these key institutions can help fuel the spread of harmful misinformation. Indeed, any lack of trust in science, public-health officials and health-care institutions will make it more difficult to combat both the outbreak and the spread of misinformation—a reality that has already had an impact in countries such as China.

This breakdown in trust is happening at a terrible time. But it shouldn’t be a surprise. Fermenting distrust has become the go-to strategy for selling health products, generating clicks and getting elected.

The politics of distrust

Politically driven positioning by world leaders has clearly played a role in the coronavirus infodemic. We’ve seen the blaming of both the outside “other” (“the China virus”) and political opponents. (Just a few weeks ago, one Trump supporter went so far as to claim that the coronavirus was a hoax perpetrated by the Democratic Party. I’m curious if she has the self-delusion capacity to maintain this position.) In China, U.S. President Donald Trump has been the target. In India, scientifically absurd cures have been explicitly tied to ideological positions. And in Russia, there appears to be a co-ordinated disinformation strategy aimed directly at eroding confidence in both our political institutions and health-care systems.

This kind of rhetoric both leverages existing prejudices and distrust and seeks to create more of both. Suspicion can breed more suspicion, especially when it is linked to a political agenda. Indeed, there is some research that suggests that distrust of science is associated with particular ideological leanings.

A study from 2019, for example, found that “vaccine hesitancy and political populism are driven by similar dynamics: a profound distrust in elites and experts.” A more recent study concluded that Mr. Trump’s anti-vaccination tweets increased supporters’ concerns, largely because of a willingness to believe the related conspiracy theories—which are almost always rooted in a narrative of distrust of scientific institutions.

And it shouldn’t be forgotten that anti-science sentiments are not the sole purview of conservatives. You can find distrust-the-science messages across the political spectrum. The science communication battles surrounding topics such as genetically modified organisms, climate change, organic food, raw milk, fluoride and vaccines all contain messaging that encourages a distrust of science, experts and government officials. You can’t believe the science, the opponents and deniers will say, because the science and the experts are corrupted and not to believed.

The spread and acceptance of coronavirus misinformation is also facilitated by industries that leverage distrust to sell health products and practices.

The wellness industry, for instance, is built on a foundation of cultivated suspicion of science and conventional health institutions. A core marketing message of alternative practitioners, the “natural health” industry and wellness gurus is that conventional health care has deficiencies that can only be remedied by their products and approaches. And this has helped to build this sector into a US$4.5-trillion industry that includes the sale of billions of dollars worth of useless supplements, detoxes and immune boosters.

This marketing strategy is absolutely everywhere. Distrust of conventional health institutions is baked into the DNA of the alternative health industry. And it is one of the reasons—rightly or not—people turn away from science-informed approaches to health.

Political ideology and wellness nonsense can also merge into a mashup of conspiratorial and hateful noise—as we have seen from the likes of Alex Jones and his InfoWars brand and wellness quack Joseph Mercola, who sells supplements to fight the “weaponized coronavirus originating from the Biosafety Level 4 facility in Wuhan City.”

You don’t need to be a hard-core conspiracy theorist or inclined to believe in alternative medicine to be affected, if only subtly, by this kind of messaging. Research has consistently shown that just being exposed to misinformation, fake news and conspiracy theories can have an impact on our beliefs and behaviours.

This is likely one reason why a large portion of society believes or at least remains open to the possibility of some pretty extreme, trust-eroding conspiracy theories. For example, a 2014 survey found that 37 per cent of Americans agree with the idea that the Food and Drug Administration is deliberately withholding known natural cures for serious diseases such as cancer because they are in cahoots with the pharmaceutical industry. Another 31 per cent say it could be true. Only 32 per cent disagreed.

Given those numbers, should we be surprised that hucksters are marketing bogus supplements to prevent and cure the coronavirus?

Maintaining and building trust is both absolutely essential and a tremendous challenge. The cliché is true. Trust is fragile, hard to earn and easy to lose. While much needs to be done to reverse the distrust trend, I’m hopeful the coronavirus crisis will help to nudge us in the right direction.

First, we need to prioritize the production and dissemination of good, trustworthy science. And this includes addressing the issues that give the public legitimate reasons to question academic research (such as conflicts of interest, fraudulent studies). As noted in a 2019 report by Britain’s Royal Society on battling misinformation, “Scientists, professional associations, academic institutions and funding bodies must act to put their own house in order by promoting ethics and integrity.”

We should continue to scrutinize and re-evaluate scientific findings. Good science demands and welcomes re-examination. But our critiques of science should be done in a scientifically coherent and transparent manner—were the methods bad, or are the results inappropriately hyped?—not by relying on conspiracy theories and ad hominem attacks that devalue science itself.

Second, we need to ensure our public-health experts have the resources necessary to provide the public with timely, accurate, credible and respectful information about emerging public-health issues. Studies have found that corrective information can counter the effects of misinformation, particularly if it is provided by a trusted voice—such as a government public-health agency.

Third, we need to do more to stop the explicit and tacit toleration of pseudoscience and the spread of health misinformation.

The coronavirus infodemic should stand as an enduring reminder of the irreplaceable value of good science, trust and a culture of accuracy and truth.

This opinion-editorial originally appeared March 20 in The Globe and Mail.

COMMENTARY || Now more than ever, we must fight misinformation. Trust in science is essential