New players, new coaches and different locker-room dynamics are all cause for optimism, says educational psychologist. 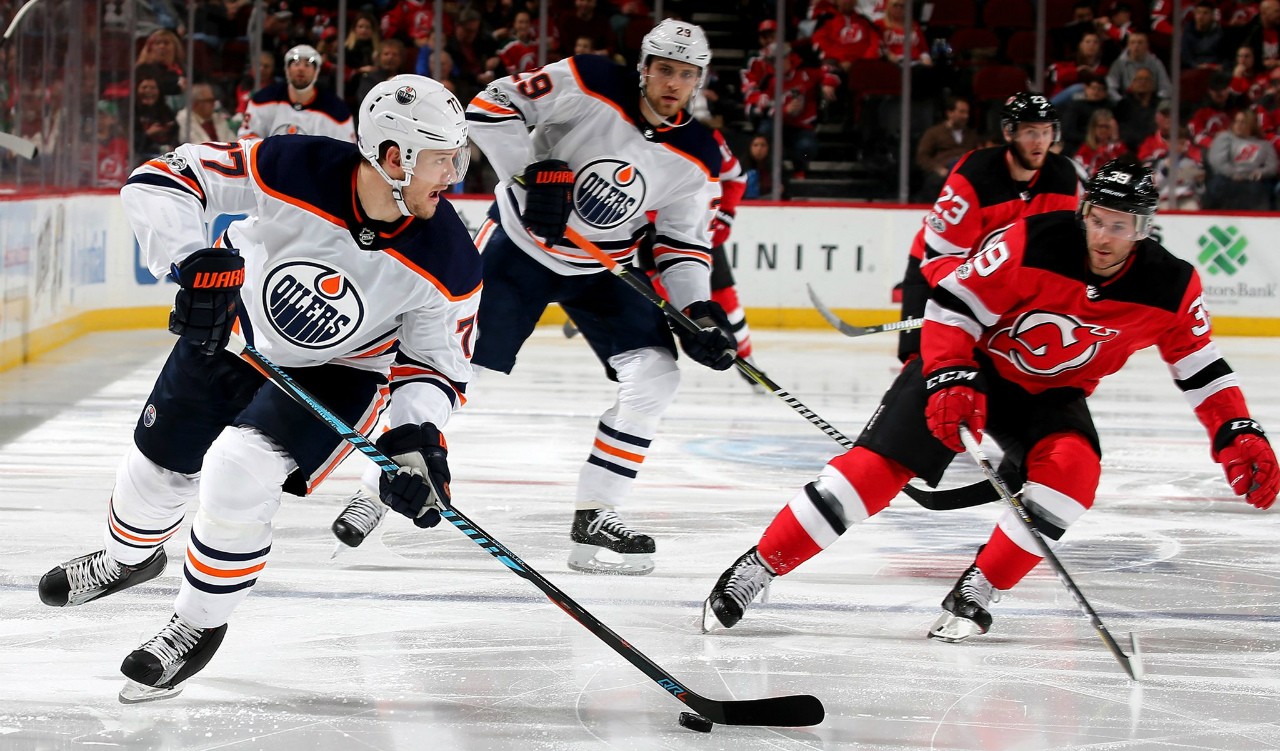 Despite the Edmonton Oilers' season-opening loss to the New Jersey Devils in Gothenburg, Sweden, there are plenty of reasons to expect better things from the team this year, according to a U of A educational psychologist. (Photo: Edmonton Oilers via Twitter)

The Edmonton Oilers’ season on this side of the Atlantic starts today in Boston.

The past seven years I’ve watched 500 Oilers games, studied hockey analytics and written several opinions. Along the way, I’ve raised questions: What are the best, most meaningful analytics? What accounts for last year’s disappointing season? Why did some star players struggle? How should players be graded and evaluated? How should they practise and develop? And, what matters most: athletic ability or opportunity to play?

This year, I’m addressing burning questions and hot topics: What are this year’s keys to success? Are Vegas’ 25-1 Stanley Cup odds wrong (again)? Do concepts like “grit” actually exist? When’s the best time to pull the goalie, statistically speaking? Who’s this year’s unsung hero and newest shining star? And, win or lose, how are Oilers fans feeling?

Here’s a hint, a prelude if you will: NHL success and playoff runs are about team defence, including defensively minded forwards. More than anything, I’d love seeing a Selke finalist this year—Leon Draisaitl, please stand up.

Interestingly, they scored just as many goals as other Pacific Division foes. Scoring wasn’t the problem; defending was, as they allowed significantly more goals, on average, than division rivals. Poor defence was the death knell, plain and simple.

Finally, if the Oilers play truly gritty hockey and give new players like Ethan Bear, Evan Bouchard and Kailer Yamamoto chances to play (mistakes and all), fans will be ecstatic.

Mistakes are part of the game, especially if you’re trying hard. As eminent psychologist B.F. Skinner said, “… failure is not always a mistake. It may simply be the best one can do under the circumstances. The real mistake is to stop trying.”

And, contrary to popular opinion, it’s a vastly different team this year. About one-third of the players are new, counting Ty Rattie and Bear, who didn’t play much last year, less than a quarter of the season.

And there are new high-end coaches. Frankly, I don’t see many similarities, except positive things, like two superstar centres, versatile wingers like Ryan Nugent-Hopkins, defensive stalwarts like Adam Larsson and a trio of massive, skilled, physically intimidating players like Milan Lucic.

Finally, there are different locker-room dynamics and promising new players in Bakersfield, chomping at the bit, waiting for their chance.

As much as any sport, hockey is a team game. Changing even one player changes the dynamic. And, as an aside, experience is overrated and largely uncorrelated with peak performance. So, please let Bear, Bouchard and Yamamoto play.

Sending them down is akin to Seinfeld’s Kramer dominating the dojo. Silly and unnecessary. And, speaking of less experienced players, I have to ask, how do you like Connor McDavid, Ryan Nugent-Hopkins and Rattie? I’ve liked it all along, supporting it from the beginning. To me, it’s the Ratified Line.

William Hanson is an associate professor in the Department of Educational Psychology.

A version of this opinion-editorial originally appeared Oct. 5 in the Edmonton Journal.