Lecture- and book-based learning still has value in a society that now stresses experiential learning. 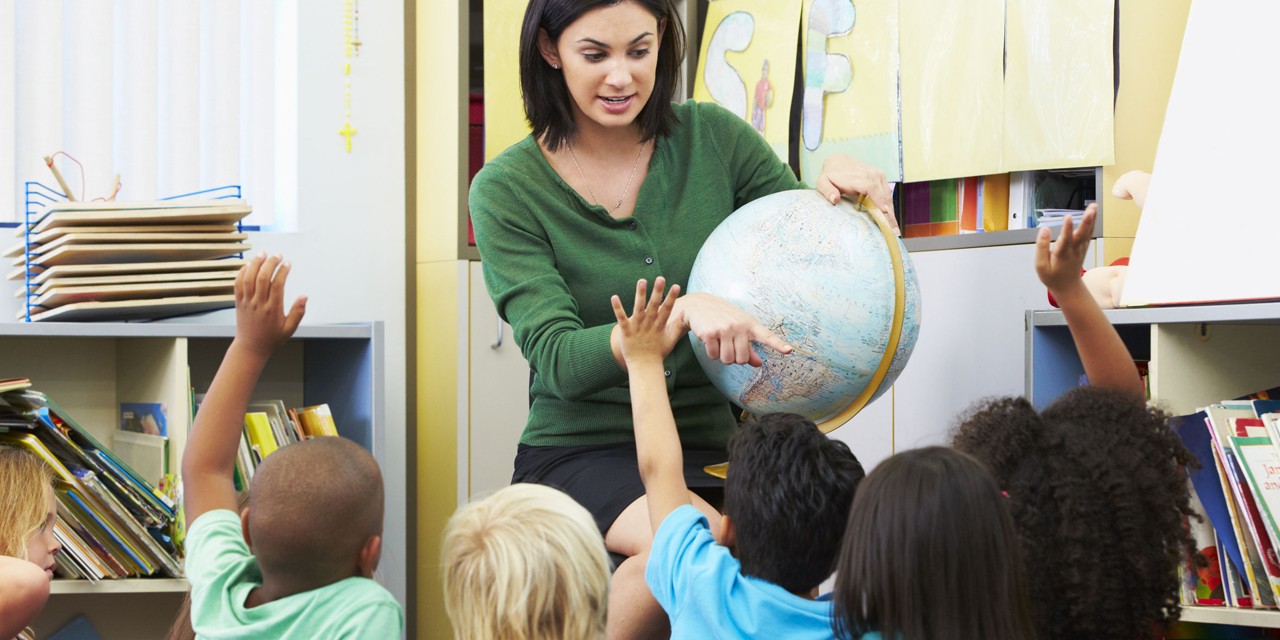 Anthropology professor Kathleen Lowrey contends that amplifying exercises that encourage K-12 students, like those in the photo above, to "create change" that come at the expense of a rigorous education is worrisome. (Courtesy of Mundial Perspectives via Flickr, CC BY-NC-ND 2.0)
24488743 - elementary pupils in geography class with teacher

I don’t think this is true, but for reasons that would probably surprise him. I’m an associate professor of anthropology at the University of Alberta and most of my political positions map on to the far left. Two of my main intellectual influences are Marxism and radical feminism.

Nevertheless, like Staples, I think diminishing concrete pedagogical content while amplifying exercises that encourage K-12 students to “create change” and be “agents of change” is worrisome—particularly because it is already familiar to me in the higher-education context.

Twenty-first century orthodoxy embraces flexibility and adaptability as supreme values. No one lists rigidity as their own most admirable characteristic, or as one they are looking for in a partner or hoping to foster in their children.

But in our era, perhaps the most powerful institutions are globalized corporations that depend on “disruptive innovation” and “creative destruction.” If the docile citizen of the 19th and 20th century was someone with an ingrained respect for the existing order and a strong sense of duty, the docile citizen of the 21st is someone trained to celebrate upheaval and not to object even to their own dislocation.

Indoctrination into this is not a social justice agenda. It’s a program for habituating young people to bow before caprice.

I’ve watched in my own home faculty at the university, arts, as discipline-specific requirements are reduced in favour of increased flexibility (there’s that word again) and a growing emphasis on something called “experiential learning” in community service, work internships, and other forms of real-world engagement. This is contrasted to stodgy old-fashioned book learning and lecture-based learning.

The shift is justified on two grounds. First, that students prefer it. Much of the empirical evidence is that they do not. Second, that it better prepares students to enter the workforce.

This is probably quite true. Workplaces demand that people acquire immediately useful knowledge and practice on their feet without much explicit instruction and that they adjust themselves to existing conditions as best they can.

Few workplaces ask for competent translations of Cicero from the original Latin, or analyses of the role of women in workplace guilds in medieval German towns, or kinship diagrams of marriage exchanges in highland Burmese villages just before the Second World War or for lists of Shakespearean puns.

What, then, is the use of knowing old-fashioned stuff like that (which must mostly be learned from books and lectures) anyway?

Perhaps its most important contemporary application is in making its possessors less malleable than they might otherwise be. It generates roots going back in time and ties that bind across space. It fosters shared jokes and having a counsel of one’s own to keep.

I’m not the first person to notice that the most radical position possible in the current moment is to be an orthodox traditionalist about something: be it religion or politics or, say, the value of a rigorous education. What these provide is a firm place to stand. They make us harder to push around, harder to knock down and harder to fool.

That kind of education is one for which every young Albertan will find plenty of use in life.

Kathleen Lowrey is an associate professor of anthropology at the U of A.

This opinion piece originally ran in the Edmonton Journal.