COMMENTARY || Our dangerous national trail is nothing to celebrate

What we have is a dangerous motorway, not a national trail. Parliament should adopt a Trans Canada Trail Act that establishes minimum standards for safety and quality. 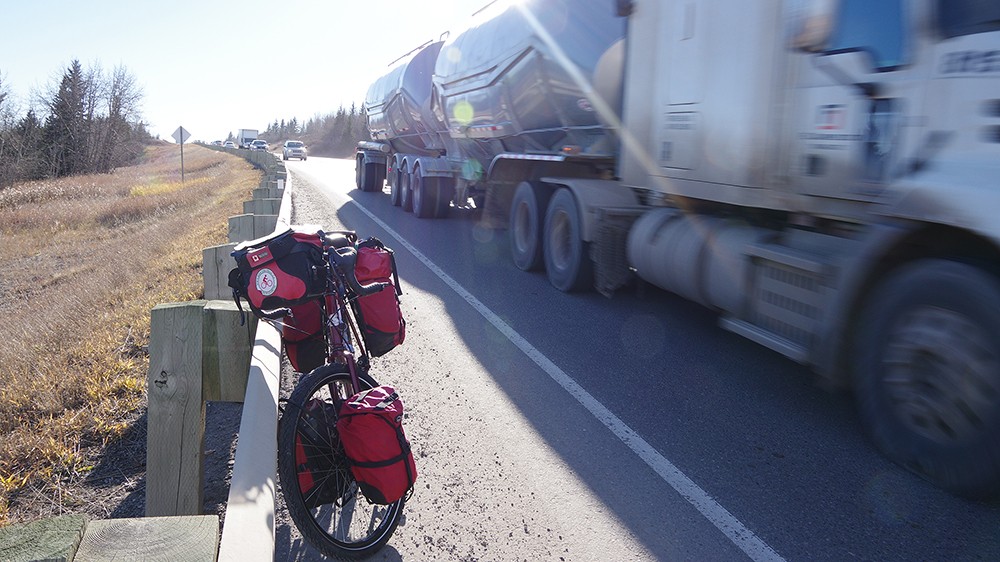 By EDMUND A. AUNGER

Last weekend, the Trans Canada Trail organization triumphantly threw “a huge party” to celebrate a “momentous collective achievement” and the realization of a “major Canadian dream.”

The organization proudly announced that after 25 years and the hard work of “devoted and fun-loving volunteers, partners and donors,” the Great Trail of Canada was finally connected: “It’s the longest trail system in the world, and it’s in our backyard. This is Canada’s path.”

The Canadian government generously contributed $1 million to pay for “a massive party in the nation’s capital” and some 200 smaller events elsewhere.

Nobody wants to be a party pooper but, like the small boy who saw that the emperor wore no clothes, we need to speak out: Canada does not have a national trail. We have been duped.

We were promised a real trail. The legacy project proposed by Canada 125, and piloted by founding president Bill Pratt, was a cross-country greenway — a linear park — accessible to hikers and cyclists of all ages and abilities, and to be built as far as possible from motorized vehicles.

What we’ve got now is essentially a dangerous motorway. The alleged “trail” includes 8,500 kilometres of roads and highways, and 7,000 kilometres of lakes and waterways. (In northwestern Ontario, where the trail splashes and thrashes through 2,000 kilometres of treacherous waterway, hikers and cyclists must travel — at great risk to their lives — on the narrow two-lane Trans-Canada Highway.)

Hundreds of thousands of Canadians — including many children — donated money for construction of a safe and accessible trail; not for the designation of a perilous and inaccessible road. Founding sponsor DaimlerChrysler Canada summed up donor expectations: “You will never see a Jeep on the Trans Canada Trail. But you will see Canadians of all ages enjoying the Trail for recreation activities like walking, hiking, cycling, horseback riding and cross-country skiing.”

Although Pratt had intended to build the cross-country trail economically and efficiently on abandoned rail lines — already paid for by Canadian taxpayers — negotiations with railway companies proved unexpectedly difficult. Only after receiving substantial tax concessions did Canadian Pacific and CN Rail finally agree to transfer 2,100 kilometres of rights-of-way — but only 210 kilometres could be used for the trail.

Provinces and municipalities also purchased several thousand kilometres of rail line, however, they gave priority to local concerns, and they — not the TCT organization — have established rules and regulated usage.

By 1999, it was evident TCT would neither set appropriate standards, nor respect explicit commitments. When Canadian Geographic reported that nearly 30 per cent of the 16,200-kilometre trail would be opened to motorized all-terrain vehicles, former president Pratt responded that this was completely unacceptable and against the TCT’s basic policy.

He pleaded unsuccessfully that TCT assert its authority and refuse recognition to any trail section used by motorized vehicles.

In abdicating its responsibility to set and enforce minimum standards, TCT has not only betrayed its trustful donors and tarnished our international reputation, it has also placed lives at risk. The Great Trail’s well-publicized core principles, notably its promise “to provide a safe and enjoyable trail experience on high-quality trail,” have become little more than a misleading marketing ploy.

Parliament should end this dangerous charade by adopting a Trans Canada Trail Act that establishes minimum standards for safety and quality, and regulates use of the terms “Trans Canada Trail” and “The Great Trail of Canada.” No trail should be so designated unless it is genuinely non-motorized and recognizably world-class.

For an exemplary precedent, parliamentarians need look no further than the Trans-Canada Highway Act, first passed in 1949. Although a cross-country highway had been recommended as early as 1912, provincial and municipal governments were focused on local road projects and had little interest in supporting an interprovincial route passing through sparsely populated regions.

Everyone loves a party. But let’s wait until we can celebrate a true achievement, the completion of a real cross-country trail. Not the promotion of a booby-trapped mirage.

Edmund A. Aunger is a professor emeritus in political science at the University of Alberta, Campus Saint-Jean. He recently completed a 12,500-kilometre Trans Canada Trail cycling ride from Victoria to Charlottetown.

This op-ed originally appeared in the Edmonton Journal.

COMMENTARY || Our dangerous national trail is nothing to celebrate