Designating a wildland conservation area in Alberta's Bighorn Backcountry would protect critical habitats for native species while affording opportunities for hunters and anglers, says U of A ecologist. 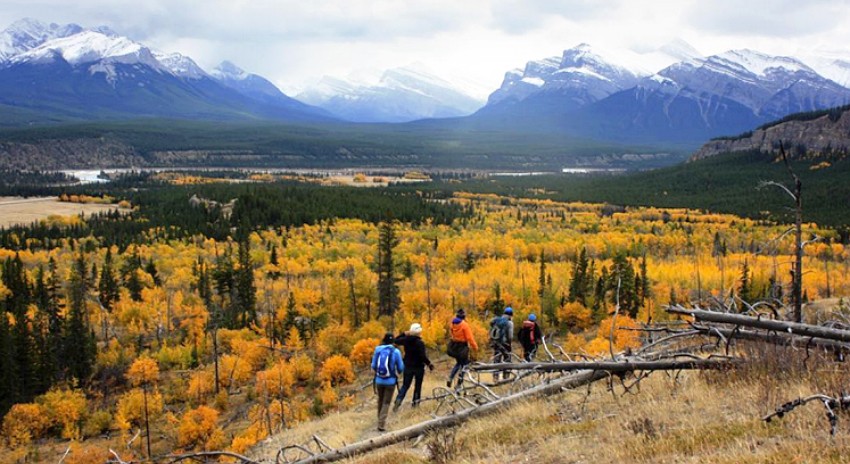 Alberta’s public lands provide the opportunity for Albertans to participate in an array of recreation activities from bird watching to dirt biking, in addition to affording industry the ability to extract resources. Every Albertan benefits from our public lands.

However, because of the amount or type of human use, some portions of our public lands are subject to human impact that is destructive to ecosystems and incompatible with maintaining sensitive species of native fish and wildlife.

Hunters and anglers are among the many beneficiaries of public lands. For this group, and other quiet recreationists, the Bighorn Backcountry provides unique opportunities. Centrally located within a half-day’s drive of both Edmonton and Calgary, much of the Bighorn is nearly untouched by development.

In a province that is fragmented by linear features, industrial development, agriculture and forestry along its eastern slopes, hunters and anglers can still venture into the Bighorn and walk away from the human footprint for as many days as they can afford to explore the area.

Management of the Bighorn Backcountry has been through several iterations since the 1970s and multiple provincial governments have indicated that the region deserves permanent protection. With the possibility that protecting the Bighorn Backcountry is again on the provincial government’s radar, it is important for hunters and anglers to consider the role of wildland conservation areas in producing world-class hunting and angling opportunities.

For example, Alberta once had abundant native trout populations, but today these species are restricted to a fragment of their former range and the threat of further decline caused by industry, motorized trail networks and development has not diminished.

Our fish populations require well-connected, complex, clear, cool streams to thrive, and these conditions are lost when the human footprint surpasses threshold densities. The Bighorn Backcountry presents the opportunity to protect critical habitat including spawning grounds, thus contributing to the persistence of native trout populations and angling opportunity.

Creating large wildland conservation areas can have positive implications on wildlife and hunting opportunities beyond limiting habitat fragmentation. For bighorn sheep—one of the most sought-after big game species in the region—hunting demand exceeds supply, according to the current draft management plan for the species.

Designating areas with non-motorized access makes it more difficult for hunters to be successful and creates refuges for wildlife. Although it makes success less likely, this strategy allows hunting opportunity to be maintained, something many hunters desire.

The Bighorn was once a premier destination for elk hunting—home to the largest bull elk ever harvested in Canada. With proper land management, perhaps we could restore the wildlife in this region.

Protecting the Bighorn Backcountry from increased linear and industrial disturbance could create an area akin to the Wilmore Wilderness Provincial Park, an area that retains the solitude of the backcountry for traditional recreation opportunities while maintaining a large area of intact Alberta wilderness for the benefit of our native species.

Presently, the Bighorn is managed as six separate public land use zones, which allows for the designation of trails and regulation of recreation activity but also leaves the Bighorn open to threats from industrial development, linear feature habitat fragmentation, and wildlife displacement and habitat loss by motorized access. In addition, high recreation use in certain areas has created problems with random camping, trash and human waste. Enforcement resources are limited, as are funds for infrastructure such as outhouses and trail signage that would help alleviate problems recreationists face.

We would like to see the government present plans that would ensure the preservation of wilderness and recreation opportunity in the Bighorn Backcountry. Hunters and anglers have long been at the forefront of conservation and have a vested intrest in the future of the Bighorn.

This op-ed originally appeared Sept. 26 in the Edmonton Journal.