Pandemics are far from the only diseases public health workers strive to control, say former dean and vice-dean of U of A's School of Public Health. 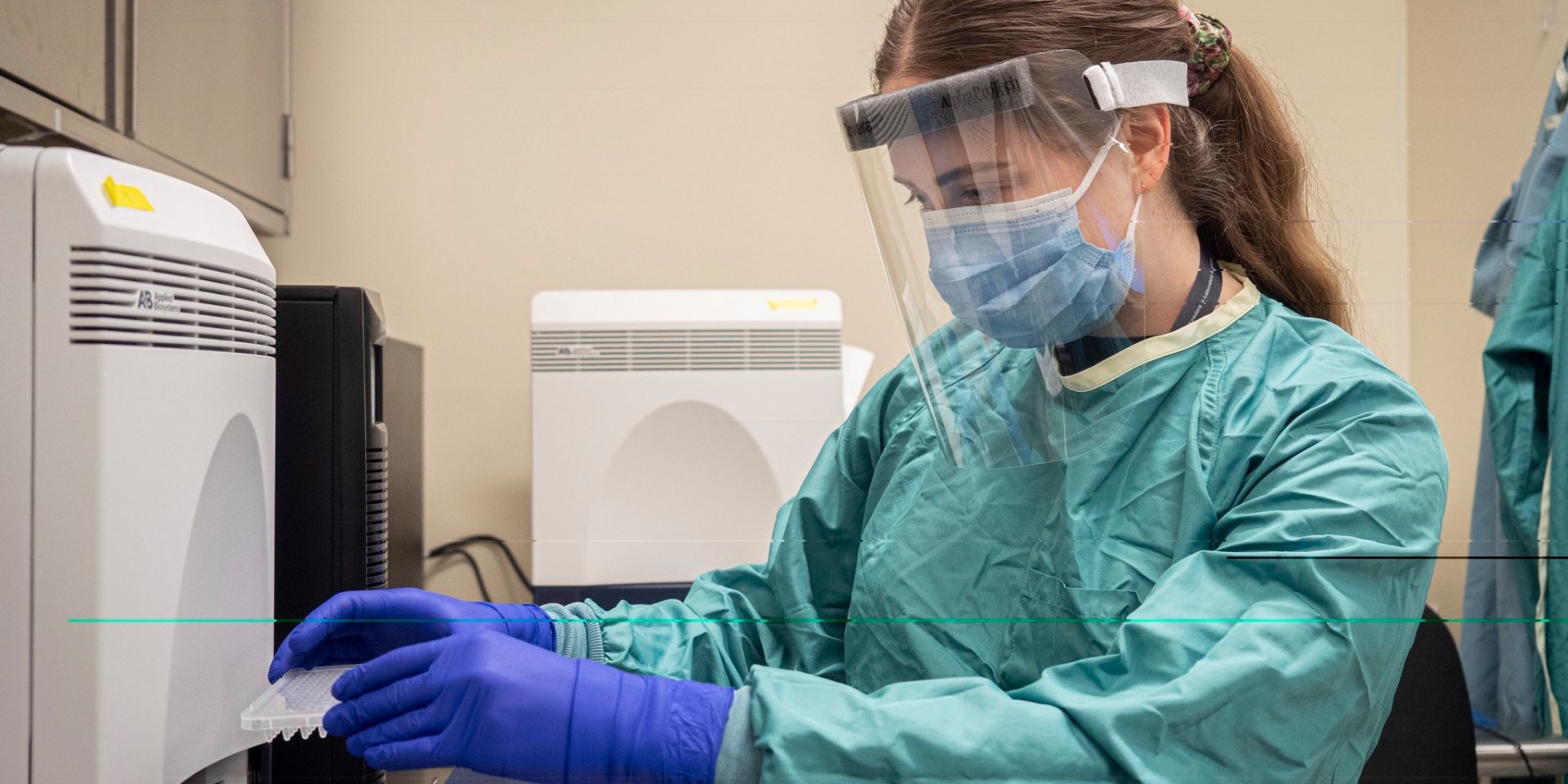 The COVID-19 pandemic has shown the importance of a well-trained public health workforce, say the former dean and vice-dean of the U of A's School of Public Health. (Photo: Alberta Health Services via Twitter)

By KUE YOUNG and FAITH DAVIS

COVID-19 brings to the forefront the importance of public health. Canadians may now be less likely to confuse “public health” with “publicly funded health care.”

Tools of the trade such as “surveillance,” “modelling,” and “epidemic curve” are now bandied about by politicians, reporters and others. Accounting for about five per cent of total national health expenditures, public health is a poor cousin to acute curative care. We hope this pandemic has changed Canadians’ perception of public health workers, who have always worked in obscurity.

In the midst of our preoccupation with the current COVID-19 pandemic, we must not lose sight of preparing a public health workforce for the future, one rigorously trained in both theory and practice, well versed in the biomedical and social sciences, and capable of adapting nimbly to changing environments.

Public health is not only about the control of infectious diseases. Canadians today are confronted with serious health problems against which no vaccines, antimicrobials or quarantine measures work. Chronic diseases such as heart disease, diabetes and cancer; injuries including suicide and drug-related deaths; and mental health issues all require a public health approach to their prevention and control. These problems have not gone away while COVID-19 rages.

By the 1970s, both schools were defunct and absorbed into faculties of medicine. Was public health no longer relevant with the apparent conquest of infectious diseases and tremendous advances in new technologies for the treatment of disease? Public health education in Canada faltered as a consequence.

After SARS, the “post-mortem” Naylor Report led to the establishment of the Public Health Agency of Canada but it did not explicitly call for revamping the training of public health practitioners. However, at the University of Alberta, forward-thinking academic leaders seized the opportunity to establish a school of public health to prepare practitioners, researchers and teachers, the benefits of which we now reap. Recently established programs in food safety and communicable diseases control are directly relevant to the public health crisis faced by Albertans today.

Following the example of the U of A, other schools of public health were established in Saskatchewan (2007), Toronto (2013) and Montreal (2013). Of these, only Alberta and Montreal are accredited by the U.S.-based Council on Education for Public Health, evidence of the quality of their educational and research programs. That Alberta has a jewel in its midst is not widely recognized.

Across the country there is a tremendous need for skills upgrading among public health practitioners at all levels. The COVID-19 pandemic shows how policy-makers, the media and the general public are ill-prepared to understand and appreciate the complexities and nuances behind daily updates.

What kind of curve is being flattened? How do we define cases? Where do projections come from, and are the numbers “real”? Can the numbers tell us if control measures are working?

It takes a well-trained public health workforce to collect, produce and interpret the evidence, an informed media to disseminate the information accurately, and an engaged public to understand the issues and demand policy changes.

We are therefore greatly alarmed by the severe cutbacks in provincial funding for post-secondary education. Like other faculties, the School of Public Health faces a serious threat to its ability to continue offering high-quality training in public health to serve the province, just when it is needed the most.

In times of crisis, public health professionals are needed as surge capacity to address population-based emergencies just as medical and nursing professionals are being used to assist the clinical (i.e., individual) response. Our governments need to value and be willing to fund all aspects of public health, including public health education. We must not be lulled into complacency again.

Kue Young and Faith Davis are, respectively, the former dean and former vice-dean of the School of Public Health.

This opinion-editorial originally appeared May 14 in the Edmonton Journal.