COMMENTARY || Putin not likely to soften with re-election 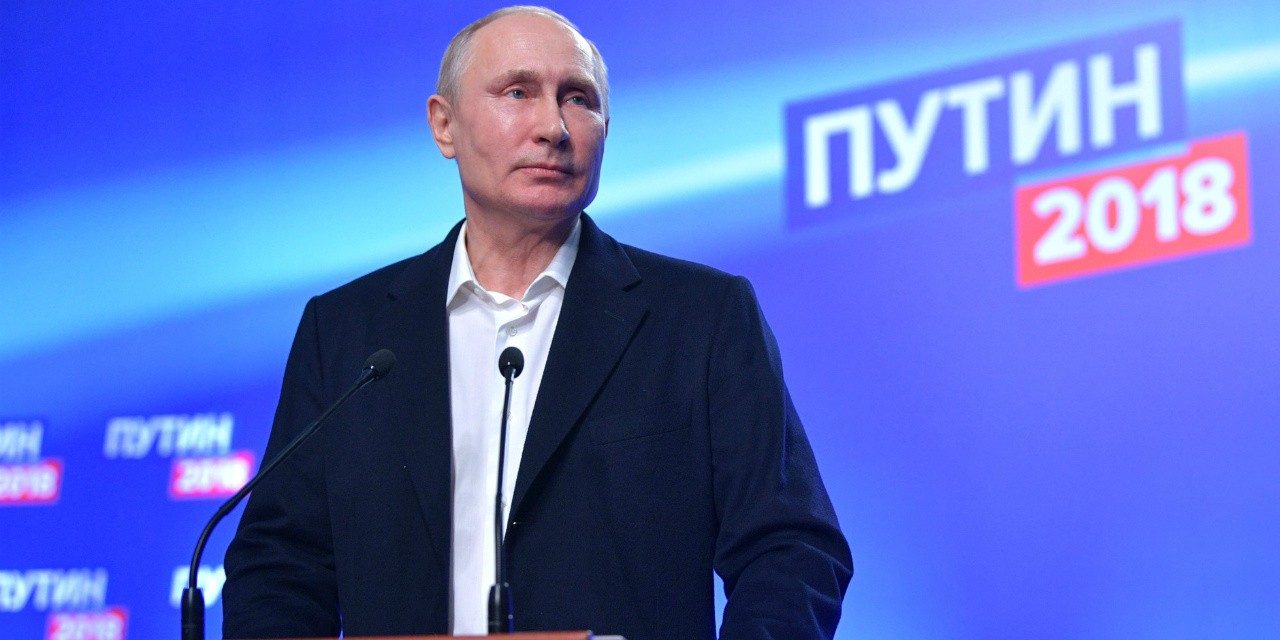 On Sunday, March 18, Russian voters returned Vladimir V. Putin to office with a reported 76.67 per cent of the votes. The result was never in doubt, and the main concern of the government was to ensure that turnout was sufficiently high. Many observers commented that the elections were a charade and that some candidates were nominated with government approval.

In second place with just over 12 per cent was Pavel Grudinin, leader of the Communist Party but also an oligarch and a former member of United Russia, the ruling party of the Russian Federation headed by Putin’s prime minister and close ally, Dmitry Medvedev.

Vladimir Zhirinovsky, who finished third, has run in every election since 1991, and has made a career out of outrageous remarks. Leader of the Liberal Democratic Party, he has long been sympathetic to Putin.

In fourth place with a paltry 1.4 per cent was Ksenia Sobchak, a TV personality and the daughter of Putin’s mentor and patron Anatoly Sobchak, the late mayor of St. Petersburg. Though her campaign called for the return of Crimea to Ukraine, few saw her campaign as genuine.

No other candidate exceeded one per cent, including economist Grigory Yavlinsky, architect of the 500 Days program that transformed Russia from a state-controlled economy to a free-market one in the early 1990s.

The election appeared carefully stage-managed, despite the obvious popularity of Putin in many areas, including in Crimea, where he received over 90 per cent of the vote. The final tally is the best he has ever received in his four campaigns for the presidency and the way is open in theory for two further six-year terms, ending in 2030, when he will be 77.

Why were elections held at all in a state that has become increasingly belligerent and authoritarian? The answer is that elections are a necessary ritual to create an appearance of legality.

Does the victory of Putin signify that his policies reflect the wishes and outlook of the Russian people? Do they share his anti-Western policies of anti-Westernism, support and intrusions into Ukraine? Do they approve of Russian support for Syria’s beleaguered president Bashar Al-Assad?

Clearly Russians appreciate Putin for the stability of the current state and ending the chaos of the 1990s. But that does not completely explain his recent triumph.

The Putin administration has been skilful in manipulating popular opinion and presenting a view of the world in which the United States and its NATO allies are perceived as duplicitous and exploitative.

After the Baltic States and Poland joined NATO, the European Union offered partnerships to Georgia, Azerbaijan, Armenia, Moldova, Ukraine and even authoritarian Belarus, with similar state management of elections.

"The West" is not only encroaching, but also corrupt and deviant. Putin adheres to a socially conservative perspective, backed by the Russian Orthodox Church and its Patriarch Kirill of Moscow. It perceives Western society as unsuitable for Russia with its lax attitudes to drug consumption and same-sex marriage.

Suspicion and fear of outside enemies is hardly new to Russia—it was a feature of Soviet foreign-policy thinking. Putin has recultivated it through social media and television, perhaps in part to detract from the struggles of the economy and the evident failures of once-successful oil and gas industries that he has brought under state control.

Russia today is powerful in military terms, but its nominal GDP is almost exactly the same size as Italy’s. Its population of 146 million (including Crimea) is comparable to that of Japan, at 127 million. It is a moderate-sized country with a small economy that badly needs to trade with Europe, China and other countries, and attract foreign investment.

Perhaps in his new term, Vladimir Putin will try to change Russia’s negative image, associated with drug-taking in sports, military aggression and rapacious oligarchs. There is little logic in doing otherwise.

Yet that presents a dilemma: the preservation of his own public image necessitates a front of firmness, truculence and toughness. There cannot be a "soft" version of Putin, nor should we expect one.

David Marples is a professor of Russian history and chair of the Department of History and Classics at the University of Alberta.

This article originally appeared March 27 in the Edmonton Journal.

COMMENTARY || Putin not likely to soften with re-election