A new movement is embracing something that could cause you dysentery. 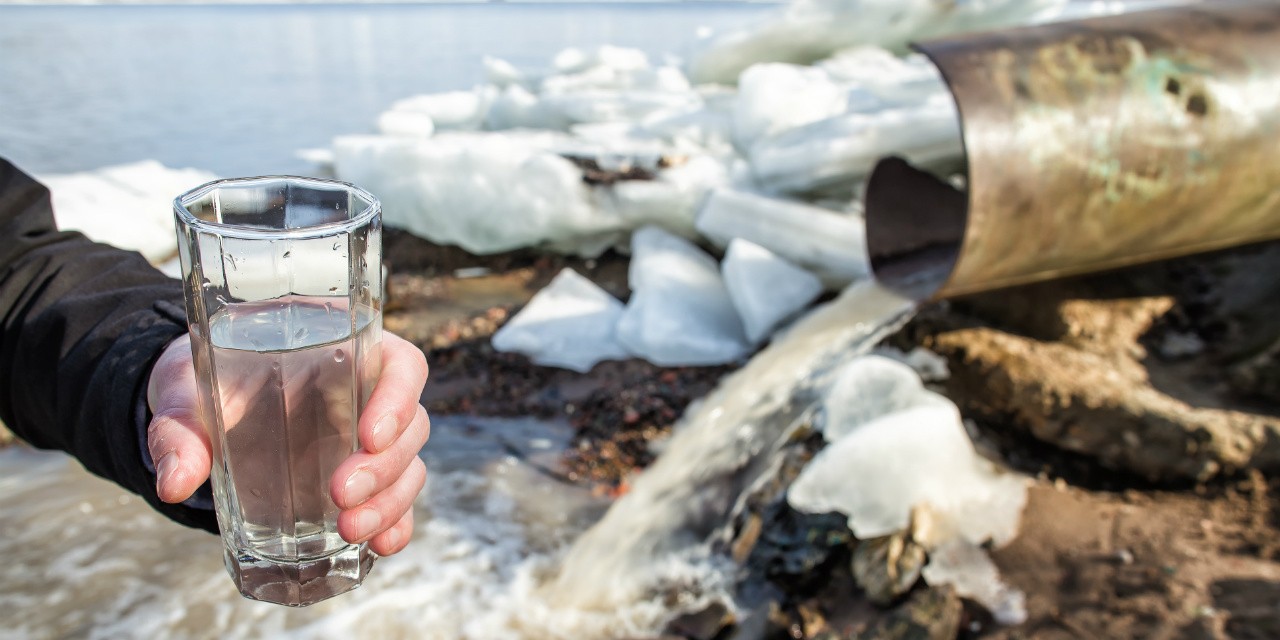 People who drink unsanitized "raw water" run the risk of getting a host of diseases including dysentery, says health skeptic Tim Caulfield.

Retro is cool. I get that. I love vinyl records even though they likely don't really sound any better than digital—at least to my old ears. I also love fountain pens and typewriters. In a world of computer screens and keyboards, there is something comforting about using classic writing tools.

But when it comes to water sanitation policy, old-timey is clearly not the way to go. Dysentery isn't hip and "vintage." In fact, it can be deadly.

Despite this seemingly obvious point, there is a new movement to embrace the drinking of something that very well could cause dysentery, diarrhea and a whole host of other potential illnesses: "raw water." This is water that is unfiltered, untreated and unsterilized. It was recently reported that a company is selling fancy glass jugs of this stuff for $60.99. Even at this ridiculous price—remember, this is simply dirty water—the product has reportedly sold out in some locations following a New York Times profile at the end of December.

Although perhaps less trendy in Silicon Valley, clean (a.k.a. not raw) water is essential to good health. In 2010 the United Nations declared access to clean water to be a universal human right. Currently, more than 800 million people lack access to clean drinking water, a public health dilemma associated with the transmission of diseases such diarrhoea, cholera, dysentery, typhoid and polio. The World Health Organization notes that "contaminated drinking water is estimated to cause 502,000 diarrhoeal deaths each year."

Even in a world filled with head-shakingly bizarre health advice, this trend seems particularly worrisome

More to the point, although raw water advocates argue their product is a healthy alternative to "processed" and bottled options, tap water in North America is safe. Yes, there have been controversies associated with public drinking water, but these events are thankfully rare. The creation of processes to disinfect the water supply—which, in the U.S., started in the early 1900s—has been hailed by the U.S. Centers for Disease Control as one of the 10 greatest public health achievements of the 20th century. Water disinfection has been credited with the drastic reduction in many infectious diseases, resulting in the saving of literally millions of lives. And independent health organizations, including the World Health Organization, have concluded that water fluoridation is a safe and effective way to improve oral health.

To have a handful of fear-mongering, profit-oriented, science-twisting individuals fire up this kind of patently absurd and potentially harmful health trend is both obscene and frustrating.

Nevertheless, the social forces driving this trend are worth considering. How does something like this even get a foothold in the public's consciousness?

At its core, the justification for raw water is built on the tired but oh-so-commonly deployed naturalistic fallacy. This theory holds that pretty much anything that is "natural" can be good (including, apparently, arsenic, cholera and dying in childbirth) and all things that are "unnatural" (antibiotics, vaccines and, yes, clean water) are bad.

Though this false dichotomy is problematic on so many levels, including the fact that the concept of "natural" is impossibly amorphous, it has proven to be a fantastically effective marketing ploy. It has been estimated that the label "natural"—which, from a regulatory perspective, is nearly meaningless—helps to sell about $40 billion worth of food products in the U.S. every year.

The health halo effect of words like "natural" or "organic" or "chemical free" can be profound, causing people to believe a food is healthier, lower in calories and better tasting—even if the tested food is identical to food without the relevant label. Tobacco companies have even used the term "natural" to make cigarettes seem less harmful.

Much like the proponents of raw milk (another dangerous health trend), the raw-water crowd push the idea that human interference, particularly the sanitization process, strips the product of its natural goodness. (Incidentally, a study by the CDC showed that raw milk cause 840 times more illness than pasteurized products.) The website for Live Water, a company selling raw water, suggests that processing isn't required because "it's perfect just the way it is" and that the sterilization "destroys beneficial sources of minerals and probiotics." The website then goes on to riff (inaccurately) on the emerging science about the benefits of a healthy microbiome, suggesting that their raw water has healthy probiotic qualities (despite no clinical evidence support their claims).

The use and misrepresentation of real science to market unproven health products—a process I've previously called scienceploitation—is becoming an increasingly common tactic for selling bunk. And like the use of buzzwords like "natural," it seems to work. Research has shown that the use of science-y language can create the illusion of scientific authority even for something widely regarded as pseudoscientific nonsense, like raw water.

The raw-water proponents are also using common fear-mongering tactics like saying we shouldn't trust the government to handle our health because government is both incompetent and malevolent. And high-profile events—like what happened in Flint, Michigan—can have a dramatic impact on public trust. Even though these events are rare, they help to make crazy ideas like raw water seem not so crazy. And the conspiracy theories around fluoridation help to fuel the belief that governments have long had a menacing water processing agenda. One study showed that nine per cent of Americans believe the government adds fluoride to the water not for the purpose of public health, but for more sinister reasons. And an additional 17 per cent think this might be the case.

That, right there, is your market for "raw water." Compared with believing the government is using fluoride to control your mind, as one proponent of raw water recently postulated to the New York Times, paying top dollar for a jug of dirty water seems almost normal.

Of course, from a health perspective, stirring distrust in public health initiatives is more than a bit paradoxical. This noise about the inherent value of all things "natural" often comes from individuals and communities that are obsessed with maximizing health and "wellness." But over the past few centuries, government-initiated public health policies have had by far the biggest impact on human health, including things like vaccinations, tobacco control and water sanitation.

I'm hopeful that the raw-water trend will die a quick death. It has been widely criticized and seems, well, just too darn crazy for most. Regardless, we should take the emergence of this kind of science-free bunk as an opportunity to recognize and critically appraise the broader social forces—like the naturalistic fallacy and the misapplication of real science—that feed the interest in this pure (or, um, raw) hogwash.

Timothy Caulfield is Canada Research Chair in Health Law and Policy at the University of Alberta and author of Is Gwyneth Paltrow Wrong About Everything?: How the Famous Sell Us Elixirs of Health, Beauty & Happiness.