When some of us suffer, we all bear the costs—but when one person’s life improves, so do all our lives. 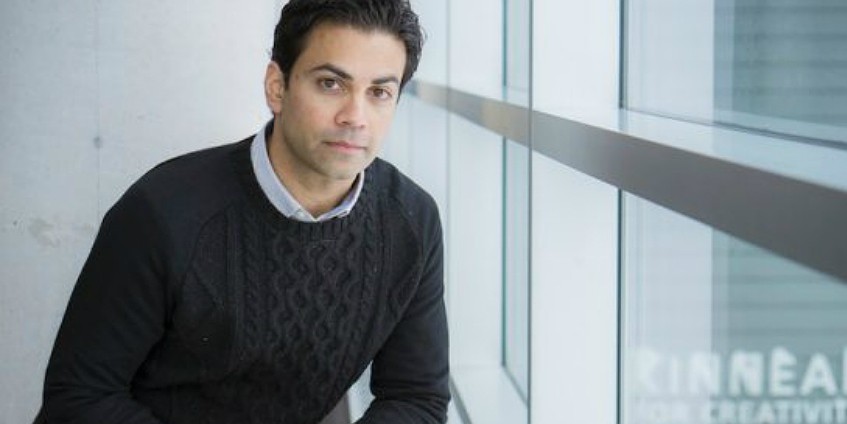 Addictions specialist Hakique Virani says the issues that affect people who struggle with substance use affect us all. (Photo: Chris Bolin)

I treat people who struggle with substance use. For the last 10 years, one of my patients has asked me at almost every visit if I have some personal experience with drugs that inclined me toward addiction medicine. I’ve always politely told him that I don’t have personal experience—I don’t even drink alcohol—but that I like working with him no less.

Early this year he stopped in for an unscheduled visit the day after the Sainte Foy mosque was attacked in Quebec City. Recalling that I’m Muslim, he inferred, “I think you do this kind of medicine because you know what it’s like when people think you’re different.” Then, perhaps unsure if it was appropriate for him to assume the role of carer, he tentatively put his hand on my shoulder and said, “We’re not different, you know.”

It occurred to me a little later that it wasn’t just a comforting thing to say. The human genome project determined that in 300,000 pages of genetic code, only 500 pages—less than half of one per cent—is different between any two people. So, my patient was actually stating an incontrovertible scientific fact: We start with literally almost everything in common.

But environments and circumstance magnify differences. Daily, I see how poverty, systemic discrimination and sexism manifest as serious health conditions, and how experiences arising from these and other factors leave some of us hurting. Public health evidence is quite clear that when some of us suffer, the costs are borne by all of us. The corollary, though, is that when one person’s life improves, all of ours do. That, I learned from another patient.

I met her eight years ago. The daughter of residential school survivors, she led a life punctuated by evidence of intergenerational trauma. Homelessness, sex-trade work and substance addiction took their cold toll, but when she became pregnant, she set aside her understandable mistrust of "the system" and accepted offers from a compassionate outreach worker to facilitate treatment. Her recovery journey had a few bumps like anyone’s, but she delivered a healthy baby whom she’s raised admirably.

Last summer at the public library, as I was headed to help my own four-year-old retrieve a book from a shelf slightly out of her reach, I saw my patient’s son, now a kind and bright second-grader, come to my daughter’s aid before I could. As I watched from around the corner, he proceeded to read the book’s cover to her and offered his assistance to choose any other books she might like. That kindness from a stranger might never have been.

Let’s face it. It’s been the kind of year that tests your optimism. With all its divisiveness, you might feel like 2017 couldn’t be over fast enough. But the Calgary Herald Christmas Fund gives us a chance, like it has for 26 years, to renew faith in the goodness of people before we turn the page on the calendar.

You might support this year’s beneficiaries because issues like homelessness, domestic violence, sexual assault and problems with substances have affected you or could affect you. But you can also support the fund because these issues do affect you, and all of us. Because we’re all more the same than we are different. And because we’re a community.

Hakique Virani, assistant professor at the University of Alberta, is one of Alberta’s foremost experts in addictions, public health and preventive medicine.

This article originally appeared Dec. 6 in the Calgary Herald.