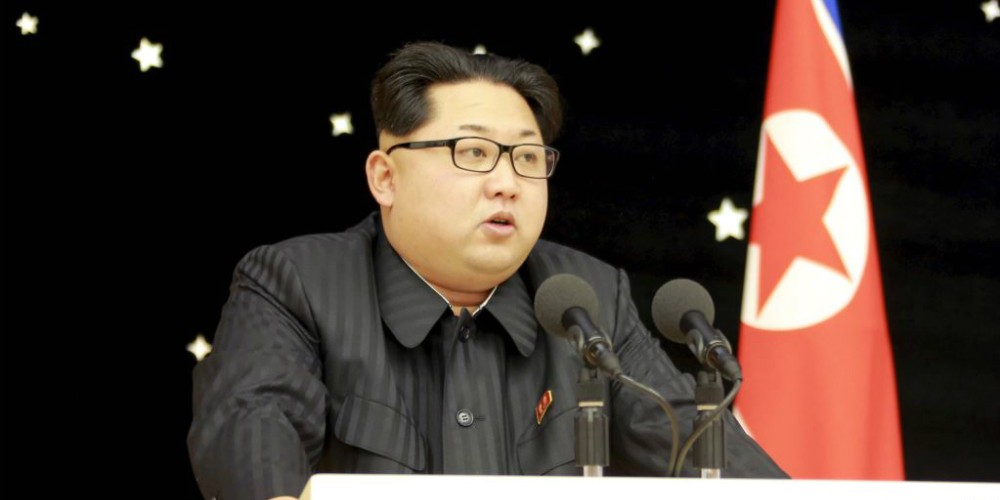 In response, U.S. President Donald Trump expressed rare optimism for a peaceful resolution of the crisis. The U.S. had said it was not willing to talk until elimination of North Korean nuclear weapons was on the agenda.

Since last year, world peace has been threatened by spectacular advances in North Korean nuclear missile technology, coupled with a steady stream of often tweeted threats of unilateral military strikes from Trump. Underscoring the gravity of the situation, also Monday the U.S. Defence Intelligence Agency announced that North Korea had two nuclear missiles capable of hitting any American city.

Communist North Korea and the U.S. (with ally South Korea) have been adversaries since the 1950–53 Korean War. Canada fought with the U.S. and South Korea, resulting in 516 Canadian military deaths. The cessation of hostilities came from a ceasefire agreement made in 1953, never yet finalized by a peace treaty. The signing of such a peace treaty, leading to full diplomatic relations between the North and the U.S., are key North Korean demands in exchange for denuclearization.

Any possible American military action risks swift escalation that would devastate neighbouring South Korea, nearby Japan and now the U.S. itself. While North Korea would be quickly defeated, it would not occur swiftly enough to prevent the launch of North Korean conventional missiles, artillery, nuclear and chemical weapons. As close allies, both South Korea and Japan host U.S. bases in or near their capitals of Seoul and Tokyo. As mentioned, up to two nuclear missiles could reach major American cities. New York and Washington, D.C., are the most likely targets.

Besides the loss of at least hundreds of thousands of Korean, Japanese and American lives, the impact on the world economy (and possibly environment) would be unimaginable. In addition, North Korea and China are still bound by a 1961 mutual defence treaty, raising the spectre of full-out war between China and the U.S.

While U.S. sabre-rattling and economic sanctions against North Korea may have played some role in North Korean willingness to discuss denuclearization, the actual work of diplomacy has been carried out by its South Korean ally. The U.S. has made practically no diplomatic effort.

Since being elected in May 2017, South Korea President Moon Jae In has steadily pursued dialogue with the North. This bore fruit with North Korean co-operation during the recently concluded South Korean Winter Olympics. The North sent a high-level delegation led by Kim Yo Jong, the powerful sister of Kim Jong Un. This led to the dispatch of top South Korean representatives to the North resulting in this week’s breakthrough. In addition, next month Moon and Kim will hold the third-ever summit of top North and South leaders.

The circumstances of this summit represent a strengthened position for the South vis-à-vis both the U.S. and the North. The two previous summits of 2000 and 2007 took place within the context of closer South Korean and American diplomatic co-ordination. Also, both previous summits were held in the North Korean capital of Pyongyang. Next month’s summit will be held on their border, symbolizing the North meeting the South halfway.

Negotiations with the North are always tough, with legitimate concerns regarding compliance. Nonetheless, this week’s breakthrough may lead to direct North Korean-American negotiations that could alleviate the present crisis. In this, it would resemble the events of 1994, the last time the North and the U.S. came very close to war. In 1994, however, the U.S. initiated its own contact with the North. This time, South Korean diplomacy may provide the key.

Brian R. Gold is a lecturer in modern East Asian history and East Asian studies at the University of Alberta.

This article originally appeared March 8 in the Edmonton Journal.