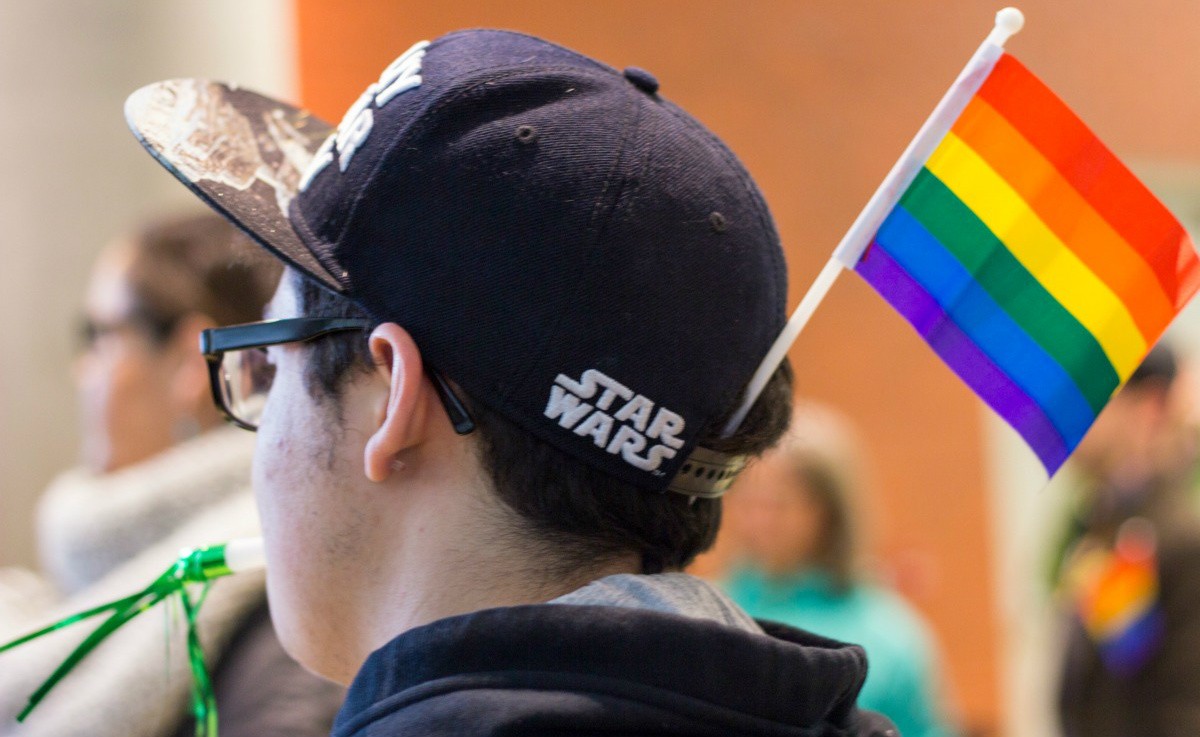 No one’s freedoms are impinged by Alberta's legislation supporting gay-straight alliances in schools, because they are voluntary and extracurricular clubs, argues U of A education expert Kris Wells. (Photo: Faculty of Education)

Across Canada there has been much support for, but also consternation against, gay-straight alliances in publicly funded schools. Currently, Ontario, Manitoba and Alberta all have government legislation supporting a student’s right to start a GSA in their school.

Some religiously motivated groups oppose GSAs on the grounds of religious freedom and so-called parental rights. Interestingly, many of these same arguments were used to oppose same-sex marriage over 15 years ago. Remember when same-sex marriage was compared to bestiality, polygamy and the downfall of Canadian society? Today’s arguments that GSAs are “sex clubs,” or dens of perversion, are equally false and ridiculous.

Just ask any student who has attended a GSA what happens when they meet. Chances are you’ll hear responses such as, “It’s a safe space to eat lunch,” “We talk about Queer Eye and current events,” or, “We’re planning for Pink Shirt Day in our school to help educate students about bullying.”

As their premise, anti-LGBTQ arguments state that GSAs violate the tenets of religious-based education and that children are the property of parents who must be obeyed and informed about all activities and conversations a child has at school.

Several faith-based schools and organizations have filed a lawsuit against the Alberta government and Bill 24, which not only supports a student’s right to have a GSA in their school, but also requires schools to create LGBTQ-inclusive policies and to protect LGBTQ students’ right to privacy and confidentiality in schools.

Even UCP Leader Jason Kenney has recently stated that parental consent to attend a GSA will not be a part of his platform in the upcoming election. Why won’t he challenge Bill 24? Because the vast majority of Albertans clearly support GSAs and will not tolerate discrimination against LGBTQ youth in any form.

The Supreme Court of Canada’s recent Trinity Western University decision is instructive on the duties and obligations of publicly funded institutions, regardless of religious affiliation. The court has clearly stated that diversity, equal access and support for LGBTQ individuals is a matter of pressing public concern in Canadian society.

Bill 24, and its support for GSAs and LGBTQ students, is eminently rational and reasonable. Bill 24 places no restrictions on parents speaking to their own children about GSAs or LGBTQ issues, including their child’s participation in a GSA. It’s simple. If you want to know whether your child attends a GSA, ask them.

Bill 24 reaffirms the importance of publicly funded schools in promoting respect for diversity and providing a safe and confidential space for students to find like-minded peers and supportive adults. No one’s freedoms are severely impinged by this legislation, as GSAs are voluntary and extracurricular clubs.

Just like the chess club, no one is forced to participate. Rather, GSAs are an oasis of safety for many youths who do not have support in their own homes. Sadly, between 25 and 40 per cent of homeless youth are LGBTQ, with parental rejection cited as one of the leading causes of homelessness.

Clearly, GSAs are in the public interest and promote important goals such as fostering diversity, educating about human rights and supporting equality for LGBTQ and allied students. Restricting GSAs would have a huge negative impact on LGBTQ students, who face much higher rates of bullying, homelessness, violence and suicide than their heterosexual peers.

There is a pressing public safety and public health issue at stake here, and schools are one of the best places to help reduce risk and build the resilience of vulnerable youth. Having the support of a trusted teacher can and does save lives.

GSAs are a lifeline for some of the most vulnerable young people. They deserve our support and protection. Religion should not and cannot stand in the way of human dignity and the right to be safe, valued and cared for in our publicly funded school system.

No child should have to go to school afraid of homophobic bullies, unsupportive adults or being outed against their will. If a GSA can make a positive difference in the life of just one student, no one should stand in that student’s way.

Kristopher Wells is an assistant professor in the Faculty of Education.

This article originally appeared June 21 in the Edmonton Journal.