Decision that police can access journalist's unpublished conversations with source runs risk of preventing future informants from coming forward, says U of A law professor. 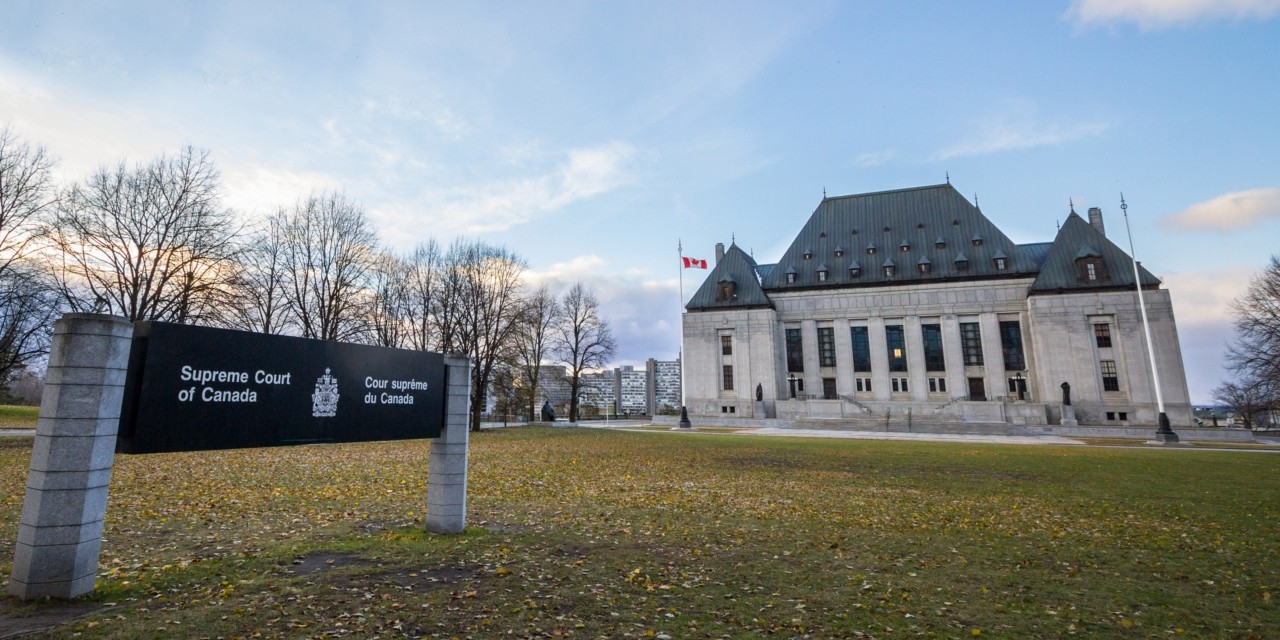 The Supreme Court's ruling last November that Vice Media reporter Ben Makuch must hand over records of his conversations with an alleged ISIS member to police could make future informants hesitant to approach journalists with their story, argues U of A law professor Cameron Hutchison. (Photo: Getty Images)
OTTAWA, CANADA - NOVEMBER 10, 2018: Building of the Supreme Court of Canada, in Ottawa, Ontario. Also known as SCOC, it is the highest justice body of Canada picture of the the entrance of the Supreme Court of Canada, or Cour Supreme du Canada, in O

The two biggest political scandals in the news right now—the Mark Norman trial and the Trudeau/SNC-Lavalin controversy—were exposed by a reliable source who secretly shared information with a journalist. Increasingly, this is the only viable way that scandals are brought to the public’s attention in this country.

As to the former, we know that much information is categorically off limits, delayed, destroyed, not recorded, or access is otherwise evaded. Whistleblower-protection legislation is almost not worthy of the name.

That leaves merely one avenue of exposing potentially criminal conduct that must be protected—disclosure to a journalist who will report the story. It takes a lot of courage to report wrongdoing to the media. You risk losing your job, privacy and reputation, being sued or even being criminally charged. You want to know that who you are, or what you say, will be protected at law. Otherwise why risk it?

This brings us to the Supreme Court’s Vice Media case that was released late last year. It is not a corruption case. In fact, it involves instant-messaging communications between a journalist and a known jihadist who was not even seeking anonymity. Most of those communications were shared directly with the public through the journalist’s reporting. Still, the police successfully obtained a search warrant for the non-published screen shots in the journalist’s file.

The issue was whether police could access the journalist’s file for criminal investigation purposes. The way in which the court resolved this case, unfortunately, is cold comfort to those who might consider approaching a journalist with their story.

There are two things of critical importance to be balanced in such cases. On the one hand, is there worthwhile evidence in a journalist’s file to assist the police in their investigation? On the other, will giving police access to this information scare people off from coming to journalists with their stories in the future?

How can one tell if evidence they have not yet seen is likely to be helpful? The answer is that they can’t in a definite sense. At the same time, if any information relevant to a crime might be helpful, then search warrants facilitate fishing expeditions.

In this case, the value of the screenshots was assumed with very little analysis. Nothing is said about what the screenshots might reveal. It would not be the identity of the source; that was already known. The take-away seems to be that any information theoretically related to a possible crime has value and should be accessed by police. In other words, fishing expeditions are allowed.

For determining whether giving access in a case like this might scare off future informants, the court was not so ready to make assumptions. Here, some evidence was required.

The reality is that these cases often pose a trade-off between two unknowns: what might be in that journalist’s file versus what effect giving police access to it will have on future informants. One interest is sacrificed in pursuit of the other.

This is the latest in a long list of cases where courts have favoured the public interest in criminal investigation. It is also why the Supreme Court habitually refuses (as it did again in Vice Media) to give content to “freedom of the press” as found in the text of the Charter.

A proper Charter analysis would not allow this simple trade-off but would require the state to show these search warrants do not unnecessarily infringe on freedom of the press, which includes the freedom to gather news.

Cameron J. Hutchison is a professor in the Faculty of Law.

This opinion-editorial originally appeared Feb. 23 in the Edmonton Journal.