Tightening refugee law won't stop migrants from trying to come to Canada—it will only make the journey more perilous, argues U of A historian. 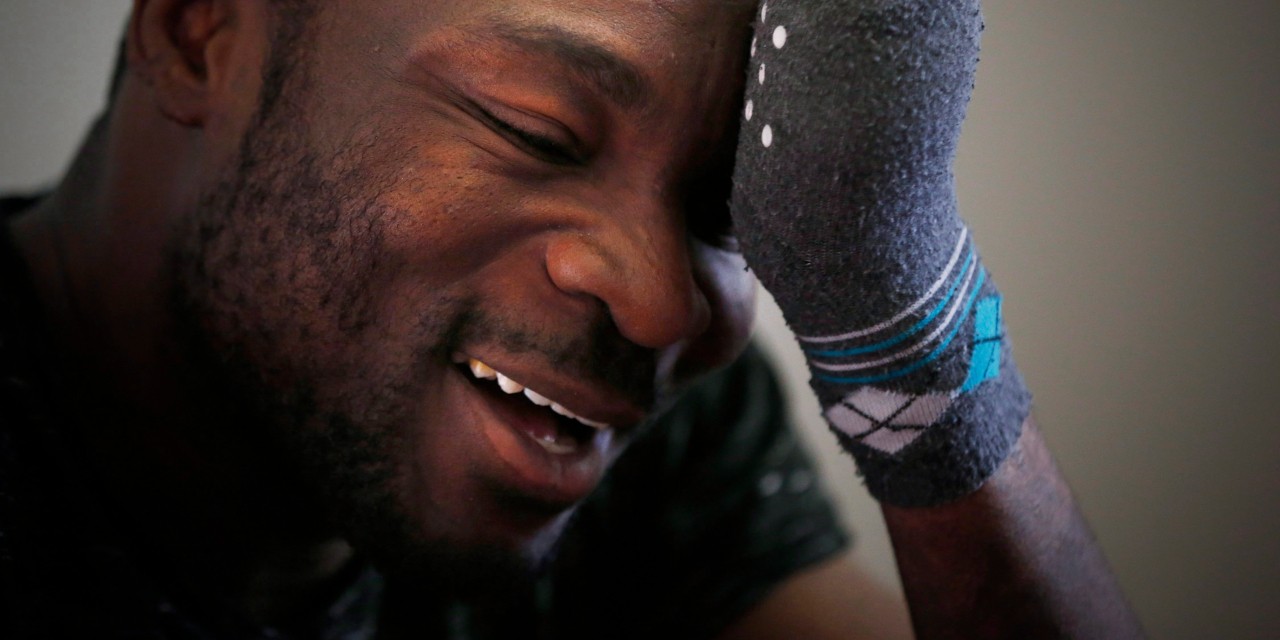 Seidu Mohammed smiles after receiving his refugee claim acceptance letter in Winnipeg in May 2017. The Ghanaian man lost his fingers to frostbite after crossing the Canada-U.S. border at an irregular spot. (Photo: Canadian Press/John Woods)

Seidu Mohammed lost all 10 of his fingers to frostbite in December 2016, exposed to the harsh cold of a Manitoba winter when he avoided official border crossings on his trek from the United States into Canada.

Six years earlier, a man named Nesan lost his life. The refugee aboard the MV Sun Sea died from dehydration and starvation as the ship crossed the Pacific from Thailand to British Columbia.

If the Liberal government proceeds with its proposed changes to Canadian refugee law, these kinds of injuries and deaths will mount. Migrants will get hurt and some will die, but they will not stop trying to come to Canada. They would rather risk their lives in perilous journeys than face certain death at home.

Bill Blair, Canada’s border security minister, has begun discussions with U.S. policy-makers to harden the Safe Third Country Agreement (STCA). As it stands, the STCA prevents asylum-seekers from requesting refugee protection in Canada if they are entering from the U.S. at official border crossings. But if asylum-seekers enter Canada irregularly—outside of formal border checkpoints—they are still able to make asylum claims. Seidu Mohammed and nearly 40,000 others have crossed the border into Canada in this way just since 2017.

Canada’s Liberal government seems to think that closing the loopholes in the STCA and introducing drastic new restrictions on refugee claims will stop asylum-seekers from crossing Canada’s land and sea borders. That will not happen. Instead, their journeys into Canada will simply become deadlier.

Although most Canadians associate the cry of “build the wall” with Donald Trump, construction of border walls in the U.S. began back in 1994 with a policy known as Prevention Through Deterrence.

By building border walls along all but the most inhospitable deserts and rivers, Prevention Through Deterrence was supposed to discourage migrants from crossing the U.S.-Mexico border. Instead, those walls have funnelled desperate men, women and children into deserts, where temperatures soar during the day and plummet precipitously at night, and to rivers where many drown. 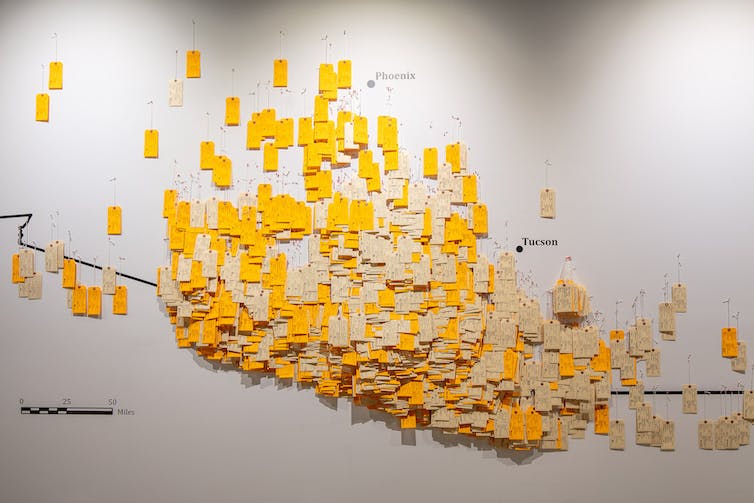 Since 1999, well over 3,000 migrants have died in the Arizona desert because of these dangerous conditions. Those migrants were not “deterred,” they were all but condemned to death.

If Canadians think similar deaths could not happen in this country, history shows otherwise. Following a tightening of Canadian refugee laws in the late 1980s, a Mexican man and a Salvadoran man were thrown from their rubber raft in 1991 as they tried to cross the freezing Niagara River into Canada. The Salvadoran survived; the Mexican did not.

Other dangerous crossings have been over oceans. In 1986, 155 Sri Lankan Tamil refugees landed in Newfoundland after they had crossed the Atlantic Ocean in lifeboats. The MV Ocean Lady carried Sri Lankan Tamil refugees across the Pacific in 2009, followed by Nesan’s boat, the MV Sun Sea, in 2010. Other desperate migrants have crossed our northern borders. In 1987, a Salvadoran man and a Mexican man entered the Yukon from Alaska.

Dangerous to cross, deadly to remain

These “irregular” migrants made such difficult, dangerous journeys because their very survival was at stake. They are fleeing gangs and governments that threaten them with death, and they are fleeing the climate change that is making it impossible to feed their families.

A Honduran woman recently told of fleeing her country after gang members made unpayable extortion demands, forcefully recruited her eldest son into their ranks and then gave her three days to leave the country or be killed.

She escaped with her two sons, aged seven and 10, joining a migrant caravan and walking to the United States.

“Do you think I wanted to come here with my children?” she asked Amnesty International workers in the U.S. “Never. I’d never have wanted to leave my country if life was different.”

This kind of story is playing out in Canada, too. A Colombian family reached out to various Canadian and American NGOs in 2005. They were about to be deported from the United States, and they knew that if they were sent back to Colombia, they would be killed.

But, as the NGO workers explained, the STCA meant there was no way for the family to make a refugee claim at the border. A few weeks later, members of that family were in Canada. We don’t know how they got across the border, but the reason they came is clear: they had no other choice.

If the Canadian government hardens the STCA and implements its proposed restrictions on asylum, refugees like this Colombian family, Seidu Mohammed, Nesan and countless other will still cross into Canada. But they will do so in places where the chances of injury and even death are significantly greater than by passing through a formal border crossing.

Seidu Mohammed, whose refugee claim was ultimately accepted, appeared recently at a House of Commons committee into the proposed changes. He testified: “This bill would put a lot of people at risk and I don’t think it should be passed. I’m pleading with you guys … this bill should not be passed.”

Jaymie Heilman is an assistant professor of Latin American history in the Department of History and Classics.

This opinion-editorial originally appeared May 14 in The Conversation.