COMMENTARY || The numbers show fixing the Oilers is simple

"It’s not about getting pucks to the net; it’s about keeping them out," says U of A academic psychologist. 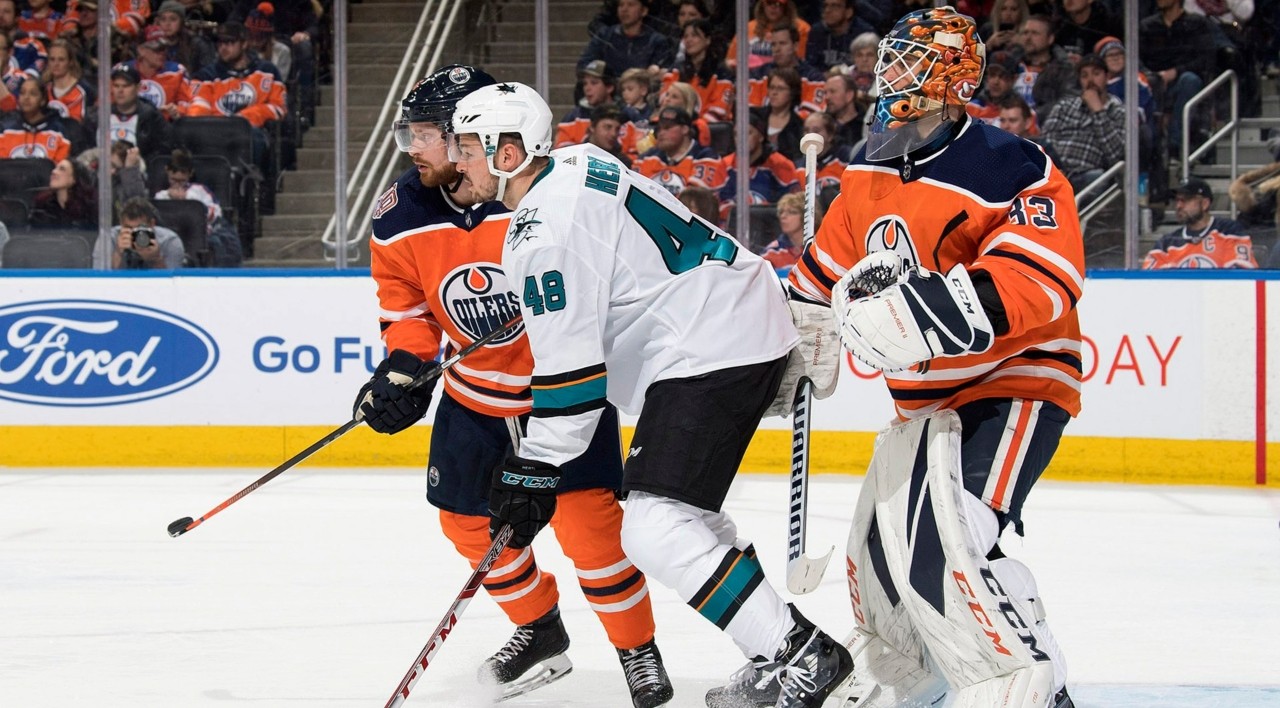 Based on the data, the simplest explanation for the Edmonton Oilers' woes is "poor defence, not offence and certainly not depth scoring," argues U of A educational psychologist William Hanson. (Photo: Edmonton Oilers via Twitter)

It is doom and gloom in Oiler Country. Fans are pessimistic. Energy and enthusiasm are low. It’s seemingly bleak … or is it?

The Oilers are within striking distance; the Stanley Cup playoffs are in reach. But two weeks before the trade deadline, how can we bolster the team, uplift fans and breathe life into the season?

As an academic psychologist, I’m interested in big-picture questions like, “What’s the best way to assess and evaluate people?” and, “How do we make sense of complicated quantitative and qualitative data?”

Bloomin’, buzzin’ confusion sums up the Oilers’ season. Vigorous, healthy and lively at times and befuddling other times.

Scientifically speaking, as we make sense of these ups and downs, we have to be simultaneously open-minded and skeptical, open to various possibilities and explanations, as well as differences of opinion. We also have to think critically and, in the wise words of philosopher Bertrand Russell, “hang a question mark on the things you have long taken for granted.”

That’s not easy in tradition-rich Oiler Country, where high-scoring teams of the ’80s heydays were once the norm.

Regarding this year’s inconsistencies, I’ve seen lots of plausible explanations, most of which revolve around depth scoring. Prevailing sentiment is, the Oilers don’t have enough offensive firepower besides Connor McDavid, Leon Draisaitl, Ryan Nugent-Hopkins and perhaps Alex Chiasson.

Alas, my question is this: Why scoring wingers? Is it analytics-based speculation? Conventional wisdom?

With hockey analytics, the devil is in the details. And to interpret them properly and use them for forecasting, you have to understand basic descriptive statistics, like means, standard deviations and normal curves. Means, or averages, are used a lot in analytics.

But as cognitive scientist Todd Rose writes, averages “create the illusion of knowledge, when in fact the average disguises what is most important about an individual” or a sports team. Here’s a concrete example: the Oilers have five Stanley Cups, and they’ve been around the league 40 years. They average one cup every eight years.

Yet, it’s been almost 30 years since skating with one. In this instance, the average isn’t representative of on-ice performance; the range and distribution tell much more. The same is true for most player-based metrics, like shots, faceoff win percentages and time on ice.

Regarding conventional wisdom, I’m not a fan, especially when it comes to high-stakes sports. I’m a fan of data, probability and evidence-based decision making. I’m also a fan of Connor McDavid. He has unmatched talent, skill, vision, creativity and all-around wizardry.

But he can’t do it alone. The Oilers won’t go as far as McDavid takes them, they’ll go as far as Mikko Koskinen and the D-corps take them. Goalies don’t steal games, they win them. For the Oilers, winning games means 3-2 and 2-1 final scores, not 5-4, just as McDavid said weeks ago. The same goes for the rest of the league. I checked.

On Dec. 28, the Edmonton Journal’s Bruce McCurdy deftly referenced the parsimony principle, affectionately known as Occam’s Razor. Essentially, simple explanations are sometimes better than complex explanations. As applied here, the simplest (and most data-based) explanation for the Oilers’ woes is poor defence, not offence and certainly not depth scoring.

It’s not about getting pucks to the net; it’s about keeping them out. The Oilers never fully recovered from Andrej Sekera’s 2017 playoff injury, and it is high time management gives McDavid, Koskinen and company a fighting chance, with a Sekera-type top-four defenceman.

In so doing, they’ll stabilize the team, re-energize fans and breathe life into the season and foreseeable future.

William Hanson is an associate professor in the Department of Educational Psychology.

This opinion-editorial originally appeared Feb. 12 in the Edmonton Journal.

COMMENTARY || The numbers show fixing the Oilers is simple