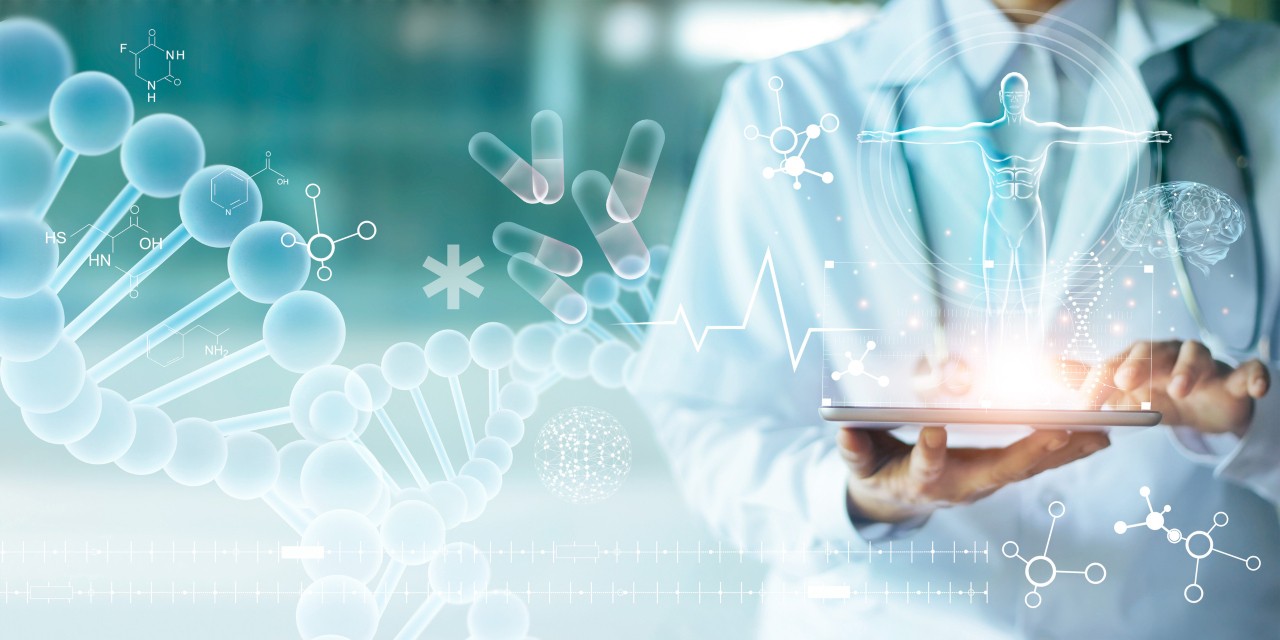 Hype over genetic research has led to a glut of "personalized" health products that are long on promises but short on evidence—and may prevent people from focusing on healthy behaviour basics like eating well and exercising, says U of A health-trend skeptic Timothy Caulfield. (Photo: Getty Images)

We have become obsessed with personalization. There are companies selling personalized fitness routines, diets, skin care products, shampoos and supplements. You can get a genetic test to personalize your selection of wine, sexual partner and roommate (yes, there is a company that will do that).

This personalization trend has largely been fuelled by the intuitive appeal of two complementary narratives: the idea that we are all unique (who doesn’t want to be seen as unique?) and worthy of special products and services; and the notion that receiving personalized information is somehow “empowering,” and will thus result in healthier behaviours that can transform our lives.

There is a growing body of literature critiquing both of these assumptions. For example, the available body of evidence tells us that providing people with personalized risk and health information—such as genetic predispositions to disease—does little or nothing to change our behaviour. The “take charge of your future” rhetoric, so common in the marketing of personalized products, has turned out to be a false promise because, for the most part, we don’t.

Despite the lack of evidence to support it, the “empowerment of the unique you” promise is dominant in health care and a marketing strategy for the multitrillion-dollar wellness industry.

And while we may like to believe we benefit from products and health recommendations tailored to our distinctive characteristics, this isn’t necessarily true either. For most humans in search of a healthy lifestyle, the advice is almost always going to be the same: don’t smoke, exercise, sleep, drink alcohol in moderation (or not at all), maintain a healthy weight and eat a healthy and balanced diet. No magical personalization required.

But despite the lack of evidence to support much of the “empowerment of the unique you” promise, it remains a dominant theme in the health-care setting and a marketing strategy for the ever-expanding, multitrillion-dollar wellness industry. The promise of personalization is something you are just as likely to hear about from a high-tech biomedical entrepreneur as from Gwyneth Paltrow’s wellness brand, Goop.

So, how did we get to this personalized place?

To a large degree, its birth, at least in the context of health and wellness, can be traced to the Human Genome Project (HGP). This is the massive, multibillion-dollar, international research initiative that produced the first map of all the human genetic material. Completed in 2003, the HGP was accompanied by the frequently articulated promise—from researchers, research institutions and governments—that it would revolutionize health care. This rhetoric was generated by a combination of genuine enthusiasm about the research, strategic marketing by those seeking public and private research funding, an uncritical embrace by the news media and, of course, private interests aiming to market associated products, tests and therapies.

Almost from the start, a central theme was that genetic information would result in personalized health advice. This messaging has persisted as a justification for almost all subsequent, large-scale, genetic research projects. During his 2015 State of the Union address, for example, Barack Obama announced funding for a new personalized medicine initiative and declared that the research would “give all of us access to the personalized information we need to keep ourselves and our families healthier.”

The use of this personalization language in the research context has been so ubiquitous and unfailingly positive that it has been seamlessly absorbed by popular culture. And because authoritative voices—researchers, clinicians, health-care institutions—have so consistently held up personalization as a worthy goal, the health benefits of this approach are now taken as axiomatic. As with claims of “natural,” “gluten-free” or “non-GMO,” there is now a (largely evidence-free) “health halo” surrounding marketing claims that deploy personalization. A straight line can be drawn from statements like Obama’s that hyped sophisticated research endeavours to the current marketing of individualized skin creams sold by the cosmetic industry.

It is important to recognize that the research flowing from the HGP has resulted in real benefits, including improved cancer care and individually tailored pharmaceutical therapies. And many other promising interventions are on the horizon, such as using genetic data to improve the outcome of organ transplantations. But, to date, most of the applications have been relatively niche (and often prohibitively expensive). The promised broad health-care revolution has failed to materialize. Indeed, some biomedical academics have gone so far as to ask whether the HGP was “a dud,” noting that, at a minimum, the project was “vastly oversold.”

Given the relatively underwhelming health advances attributable to the HGP, one could argue that its biggest contribution to humanity has been to facilitate the cultural embrace of a personalization ethos. And this is a legacy that, from a public health perspective, may be doing more harm than good.

For example, emphasizing personalization shifts the responsibility for health from the broader society to the individual. Instead of societal change—such as creating healthy food and built environments—it asks for individual change. And research tells us that health interventions that require a high level of individual agency (that is, the motivation to act) are less successful than those that are done on the population level and require a lower level of agency.

Moreover, it may cause the public and governments to be less supportive of broadly based public health initiatives. If we are constantly told health depends on personalized information and individual behaviour change, why bother supporting public health initiatives aimed at the public? As Reykjavik scholar Jack James argues, when we emphasize personalization, “attention and resources are captured at the expense of alternative behavioural and social pathways that have the potential to effect greater improvements in population health.”

The push to personalize also adds noise to an already chaotic health information environment. Research tells us the public is confused about how to live a healthy lifestyle. But instead of providing the needed population level clarity on straightforward, science-informed approaches, personalization asks us to consider more and more data about how we are supposed to live. Instead of simply doing an exercise we enjoy—or even just moving more—personalization insists we adopt a particular activity and approach to fitness. Instead of just eating more fruits and vegetables—something most of us need to do—we must consume a diet designed specifically for our bodies.

Not only is this kind of messaging scientifically inconclusive and potentially harmful, we know that the more complex a lifestyle or treatment plan, the less likely people are to follow it. In general, simpler is better.

There are, of course, many other factors driving our enthusiasm for personalization, including its fit with current populist sensibilities (individualism is clearly having a pretty big moment). And, to be clear, I’m not arguing against the idea that we all have personal tastes, needs, values and lifestyles that are relevant to our health behaviours. But it may be time to recognize the role science hype has played in shaping our health priorities and approaches.

It was recently reported that, for the first time in decades, the life expectancy of Americans is starting to decline. This grim reality is driven not by biological peculiarities that can be fixed by focusing on high-tech, individualized products and prescriptions. Rather, to fix this we need to pull the lens back and consider the broad social, environmental and structural changes that can make a real and lasting difference.