COMMENTARY || The science behind the Oilers' awful season

U of A researcher leans on his own NCAA golfing experience and academic expertise to analyze the team’s woeful showing this past season. 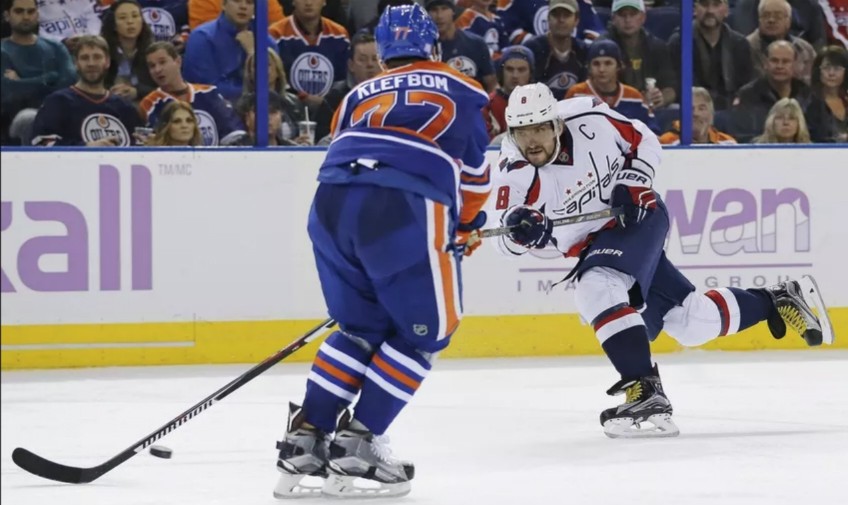 A defence depleted because of injuries to key players like Oscar Klefbom was a big factor in the Edmonton Oilers' losing season this year. (Photo: Perry Nelson, USA Today Sports)

There are multi-layered personnel issues, like managers, coaches and players. There are also complex interconnected parts, like line combinations, defence pairings and special teams. It’s a razor-thin line between team success and failure, with “team” being key. Teams win games. Teams lose games, not individual players, coaches or managers.

Pioneering broadcast journalist Ed Murrow said, “The obscure we see eventually. The completely obvious, it seems, takes longer.” To me, it’s completely obvious why the Oilers lost 46 games this year, and it’s not offence. It’s defence.

Talbot didn’t settle either, having a career-worst save percentage and goals-against average. Even so, it’s not Talbot’s fault. It’s a function of complex fast-moving parts and poor team defence. It’s also a function of personal circumstance. Talbot has twin toddlers. I have toddlers, too, and I suspect he hasn’t slept much, if at all. Sleep deprivation negatively affects performance.

I also suspect he’s a good father—a “fully involved parent,” as my colleague Dr. Phil Sevigny says, and fully involved parents don’t sleep. This isn’t an excuse; it’s a parental reality, professional athlete or not. Talbot will bounce back in 2018-19. Bet on it.

There’s another obvious factor: Big-time, over-the-top expectations and contracts. Pre-season expectations were through the roof and, I’d say, smothering. From the get-go, the Oilers couldn’t breathe. And after the brilliant first game, Cup chatter reached fever pitch. Players tightened up and spiralled downwards.

Alas, despite the Oilers’ failed season, they can look forward, chin up. The cupboard’s well stocked. With good health, a little rest and less pressure, the future’s bright—provided they practise properly and get better. Again, at this level, win-loss margins are exceedingly narrow.

It’s exhausting, time-consuming and tedious. In the past, I’ve played golf with PGA tour pros. I’ve also practised with them. Elite athletes play and practise differently. To them, it’s a process, not an outcome. In this regard, Arizona Cardinals wide receiver Larry Fitzgerald and Golden State Warriors forward Kevin Durant stand out. They’re virtually peerless, most-excellent role models.

As Seravalli points out, winning and losing is complex and multi-layered. Given that, here’s my advice: stabilize the D-corp, deliberately practise individual and (attacking) team defence, harness expectations and nurture analytics-based player development.

William Hanson is an associate professor in the Department of Educational Psychology at the University of Alberta. He competed in three NCAA golf championships. He specializes in assessment and evaluation, training and development, and sleep.

This article originally appeared April 12 in the Edmonton Journal.

COMMENTARY || The science behind the Oilers' awful season