The team is showing signs of mental toughness in the new year, but defensive intensity needs improvement, says educational psychologist. 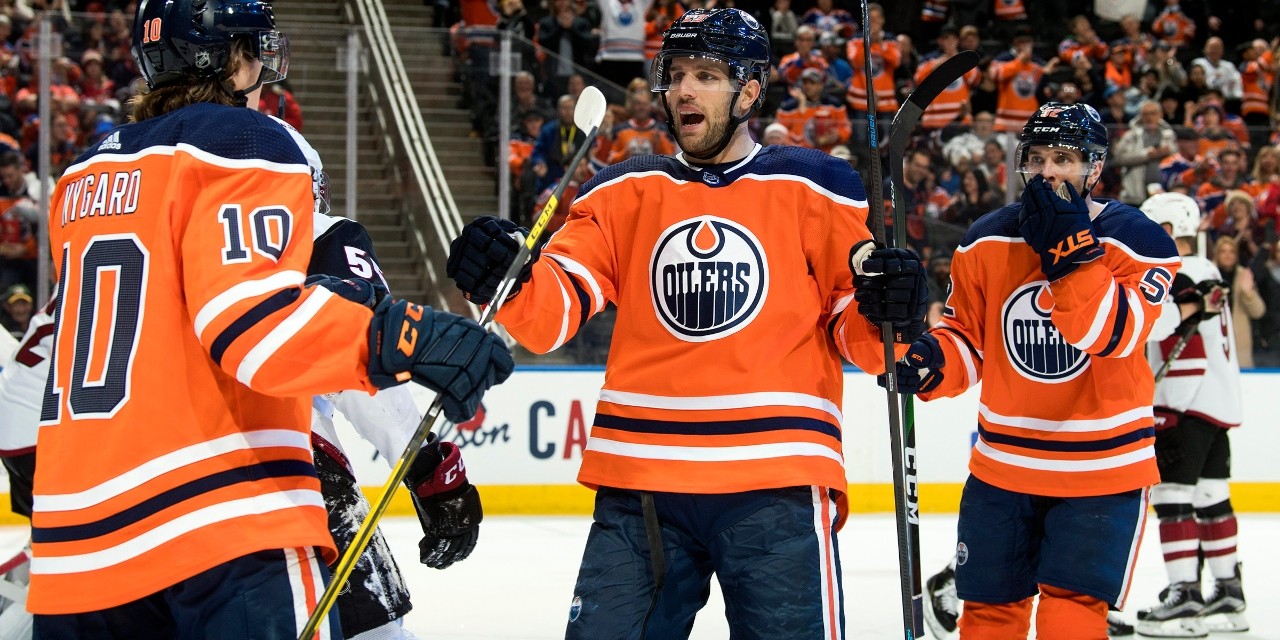 Edmonton Oilers centre Riley Sheahan celebrates one of his four points in the Oilers' 7-3 win over the Arizona Coyotes on Jan. 18. (Photo: Edmonton Oilers via Twitter)

What is mental toughness? Is it dogged determination? Razor-sharp focus? Supreme confidence? Or is it being cool, calm and collected under fire?

Turns out, it’s all these things—and it provides a psychological edge and competitive advantage in sports. In fact, mental toughness separates high-end sports achievement, like winning Olympic gold medals, from flaming out in the heat of the moment.

Scholars define mental toughness as “having the natural or developed psychological edge that enables you to, generally, cope better than your opponents with the many demands that sport places on a performer and, specifically, be more consistent and better than your opponents in remaining determined, focused, confident and in control under pressure.”

Are the Oilers mentally tough? After repeatedly losing games to sub-.500 teams, the 5-1 drubbing by the Calgary Flames and the recent spate of blown leads, I began to wonder. So, too, did the players. After the Dec. 27 loss to the Flames, Connor McDavid said, “It’s a confidence issue … it just seems when something bad happens we’re just waiting for another bad thing to happen again.” And after blowing an early 2-0 lead over Buffalo on Jan. 2, Riley Sheahan said, “When we’re in these pressure situations, we take our foot off the gas a little bit and get too tentative.”

For a while there, the Oilers struggled mightily—and mentally.

In addition to mental toughness, the Oilers need increased defensive intensity. They had it early in the season, but it has withered. It should be priority number one. Since the 2004-05 lockout, Stanley Cup-winning teams averaged 2.57 goals against, with most Cup winners leading the league in that category. Not surprisingly, these teams had elite scorers, the top two of which averaged 79 points each and ended the regular season with a combined plus/minus of +27.

This year McDavid and Leon Draisaitl are on pace to score significantly more points than historical averages, which is remarkable. They are also on pace to finish the regular season -33 combined, which is equally remarkable. Goal differentials simply must change. And that goes for everybody on the team.

A longtime friend and fellow psychologist, Dr. Doug Olson of Minneapolis, Minn., summed it up nicely: “Successful NHL teams compete every night, with defensive sacrifices from captains on down. They have well-established, team-wide norms regarding defensive responsibility.”

He’s right. And Doug knows about high-level sports success, having played all-conference NCAA Division I soccer and centring Brian Burke’s minor-league hockey line. For McDavid, Draisaitl and the rest of the Oilers, mental toughness and defensive intensity are keys in 2020.

The prevailing sentiment is that the Oilers’ bottom six is weak, if not inept. And this opinion isn’t just amongst local media. Dave Feschuk of the Toronto Star recently called the Oilers’ third and fourth lines “a paper-thin depth chart of inadequates.”

Statements like these are empirically indefensible and tiresome. For one thing, the Oilers’ depth scorers are middle-of-the-pack. They’re average, statistically speaking, which isn’t inept or inadequate. And for another, they’re spearheading one of the league’s best penalty-kill units and contributing meaningfully to all-around team play, including intense defence. I personally enjoy watching them play and succeed. Hopefully, their evolving mental toughness helps them tune out naysayers.

William Hanson is an associate professor in the Department of Educational Psychology. Follow him @HockeyProf2020.

This opinion-editorial originally appeared Jan. 11 in the Edmonton Journal.