COMMENTARY || Trials a step in the right direction for divided region 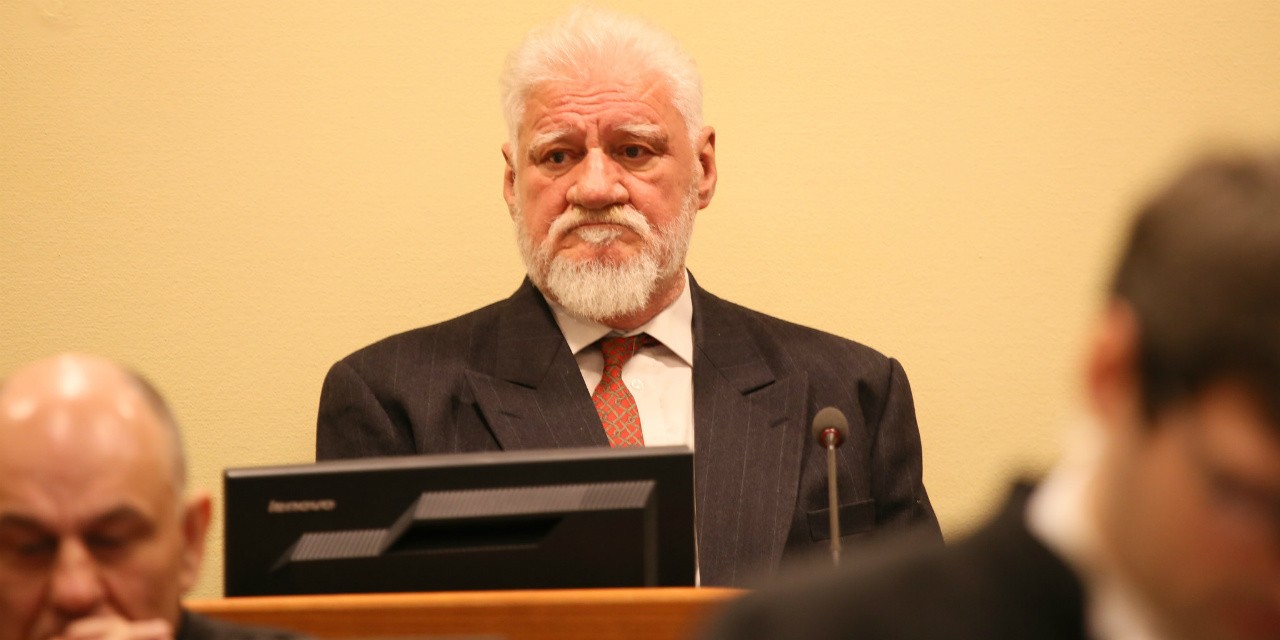 General Slobodan Praljak appears before the International Criminal Tribunal for the former Yugoslavia. Praljak committed suicide by drinking poison after the appeals court upheld his 20-year sentence for war crimes. (Photo: ICTY via Flickr, CC BY 2.0)

By SRDJA PAVLOVIC and AMILA BUTUROVIC

The final days of the International Criminal Tribunal for the former Yugoslavia (ICTY) in The Hague have been marked by courtroom dramas.

A week or so ago, we had witnessed the former commander of the Army of Republic of Srpska, General Ratko Mladic, hurl insults at the judges after they convicted him of genocide and war crimes. He was taken away for medical check-up because his blood pressure skyrocketed upon hearing of a life sentence. His exit was not fitting of a soldier.

More recently, we watched the suicide of another convicted war criminal, General Slobodan Praljak. During the war in Bosnia, Praljak was the commander of the Croatian Defence Council (HVO)—an army of the self-proclaimed Croatian Republic of Herzeg-Bosnia. The Appeal Chamber had confirmed his 20-year sentence for war crimes committed in the 1990s. Praljak shouted his objections and drank poison from a little cup. He died in hospital an hour later. His was a final dramatic exit from the last court proceeding at the ICTY.

Like Mladic before him, the Bosnian Croat general had chosen the easy way out. Praljak’s suicide does not attest to his personal courage and conviction. It was a pathetic display of weakness and a cowardly act by an individual who could not face the consequences of his past actions.

In addition to confirming the initial verdicts, the Trial Chamber noted that together with the former president of Croatia, Franjo Tudjman, Praljak and five other officers on trial were part of the “joint criminal enterprise” aimed at ethnically cleansing the Muslim population parts of Bosnia claimed by the Bosnian Croats.

This is a significant part of the verdict because it links the political leadership of Croatia and that of the Bosnian Croats. It confirms that military actions against the Muslim population in the so-called Herzeg-Bosnia had been co-ordinated with the government in Zagreb. It also deconstructs the narrative about the Croatian defensive engagement in Bosnia. It calls for a thorough re-evaluation of the issue that has been brushed aside for decades: Croatian aggression against Bosnia and Herzegovina. As noted by a prominent Croatian lawyer, Anto Nobilo, everyone who participated in the war in Bosnia had, de facto, taken part in the joint criminal enterprise.

Reactions in Croatia and Bosnia to the verdict and Praljak’s suicide remained within the expected parameters of nationalist narrative. Even though this verdict, like all previous verdicts passed by the ICTY, had nothing to do with any nation, some Croatian politicians claimed that it was an example of “moral injustice” committed against the Croatian people. Similar sentiments were expressed by the Croat political leaders in Bosnia.

Their reactions confirmed that all nationalists think alike and that fearmongering, conspiracy theories and generalizing in order to obscure the truth have never been the sole property of the Serb warmongers and apologists at Pale, in Banja Luka, Belgrade and Podgorica.

Like previous trials and convictions, as well as acquittals, the court proceedings against Bosnian Croat officers will not advance the reconciliation process in the region. The ICTY was not created for that purpose. In the spirit of the Nuremberg trials, it was set up to legally process military and civilian officials accused of committing war crimes. Any expectations that this court should decide on who is to blame for the Yugoslav collapse are unrealistic.

The region is still ruled by wartime elites and it is inconceivable that they would admit to any wrongdoing. Narratives of victimhood and innocence that had to defend itself against predatory neighbours was what kept them in power and out of jail for the past two decades.

The region is as divided today as it had been in the 1990s. Public discourses are populated by national heroes and traitors, absolute victims and absolute perpetrators. Although dismantling such nationalist edifices is a daunting task, the ICTY trials are an important factor of support in that direction.

Amila Buturovic is an associate professor in the Department of Humanities at York University.

This article originally appeared Dec. 5 in the Edmonton Journal.

COMMENTARY || Trials a step in the right direction for divided region