COMMENTARY || Trump 'appeasement' of Russia a sad moment for democracy

By turning on his own intelligence services and siding with Vladimir Putin, the U.S. president put personal prestige ahead of the American people, says U of A historian. 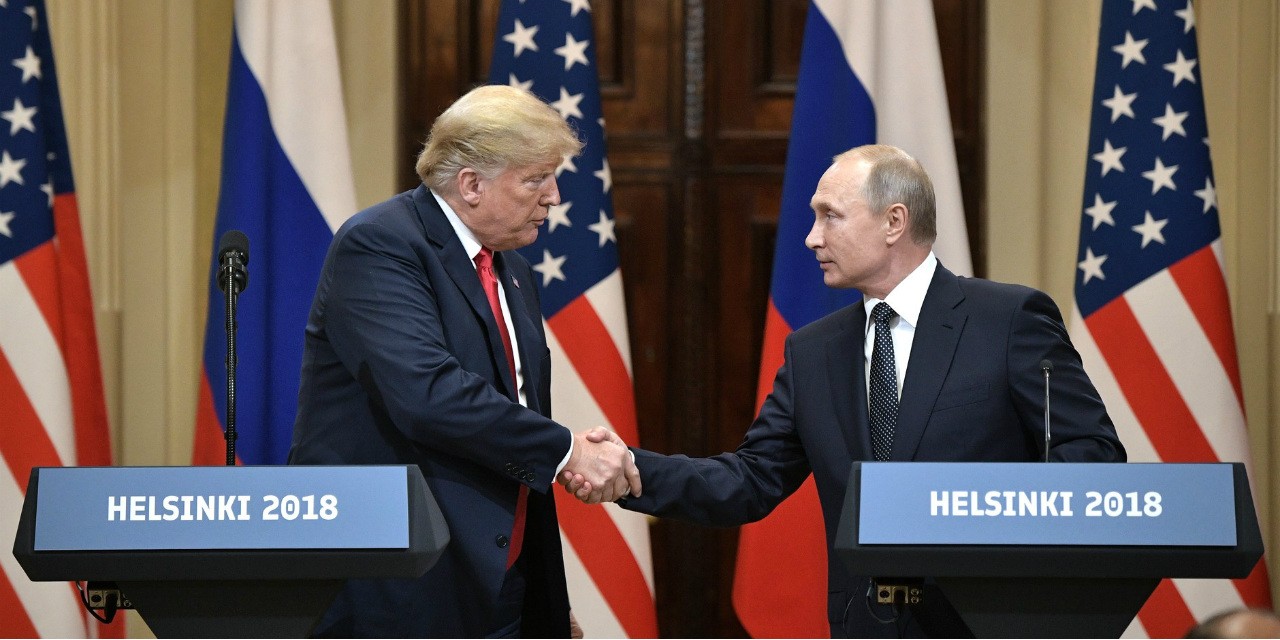 This week’s Donald Trump-Vladimir Putin summit in Helsinki brought together the world’s most powerful leaders in military terms. On his Twitter account, the American president attributed previous cool relations to “many years of US foolishness and stupidity.” Russia’s Ministry of Foreign Affairs responded with a concise “We agree.”

To many Western observers, Trump’s premise was misguided, if not downright foolish. He appears to have rejected the conclusions of three U.S. intelligence services that Russia interfered in the 2016 U.S. presidential election to discredit Hillary Clinton in a series of emails, and to help ensure that Trump was elected.

Trump also opted not to discuss the indictment last week of 12 Russian military intelligence agents by U.S. special counsel Robert Mueller. So why did he meet the Russian president?

Two years ago, Fiona Hill, senior fellow of the Brookings Institution who is now the American president’s special assistant for European and Russian affairs, wrote an article entitled “Putin: the One-Man Show the West Doesn’t Understand.” It concluded “To negotiate, you have to talk, even to those you do not like, including Vladimir Putin.” The president evidently followed her advice.

Trump arrived in Helsinki after a NATO summit on July 12, notable for his critiques of allies for their failure to meet minimum targets for defence spending. Earlier he had a much friendlier summit with North Korean leader Kim Jong Un that was free of critiques of one of the world’s most repressive states.

From Russia’s perspective, the timing could not have been better. Russia has just finished hosting a successful World Cup, with Putin attending the final alongside the leaders of the two competing teams, France’s Emmanuel Macron and Croatia’s Kolinda Grabar-Kitarović.

Putin has consolidated his power within Russia and embarked on several foreign adventures. Russia’s annexation of Crimea from Ukraine in 2014 elicited Western sanctions and travel bans, and Russia’s bombing of Syrian opponents of hardline leader Bashar al-Assad has also brought much criticism. Neither, it appears, were on the Helsinki agenda.

It is no secret that Putin’s real goal is to meet with the U.S. president as a respected and equal partner, a Great Power with specific interests and areas of interest. Prior to Trump, U.S. leaders have pursued the expansion of democracy, concern for human rights and maintenance of the postwar order, particularly in Europe where two world wars dominated the 20th century.

By turning on his own country, Trump has taken appeasement to a new level. By ignoring Russia’s continued occupation of Crimea and support for rebels fighting against the Ukrainian government in the Donbas region of eastern Ukraine, he has essentially withdrawn from U.S. leadership of NATO and of the free world.

In theory, there is no reason now why the U.S. could not form a close alliance with Russia to the detriment of Ukraine, the Baltic States and other states that fall within the Russian president’s conception of Russian space.

In turn, Putin is apparently free to continue his quest to regain the world power status of the former Soviet Union. Fiona Hill writes that his KGB training has taught Putin “to target the vulnerabilities of individuals to manipulate them to his advantage.” She also notes Putin’s finesse at lying. It is inconceivable that she did not convey this message to Trump—she was also present in Helsinki, the only woman on either team.

None of this is to suggest that Trump should not talk to the Russian leader. Ostracism is as dangerous as confrontation. But he has entered the chess game by sacrificing his queen without any obvious hope of attaining any advantage. One can only surmise that Trump is enamoured of dictators wielding hard power, prioritizing personal prestige over the benefits of the American people.It is a sad moment for democracy.

David Marples teaches Russian and East European history at the University of Alberta. He is the author of 16 books on Russia, Ukraine and Belarus.

This op-ed originally appeared July 18 in the Edmonton Journal.

COMMENTARY || Trump 'appeasement' of Russia a sad moment for democracy