U.S. president’s unprecedented decision to meet with North Korean leader sets stage for a summit where “anything is possible,” says UAlberta historian. 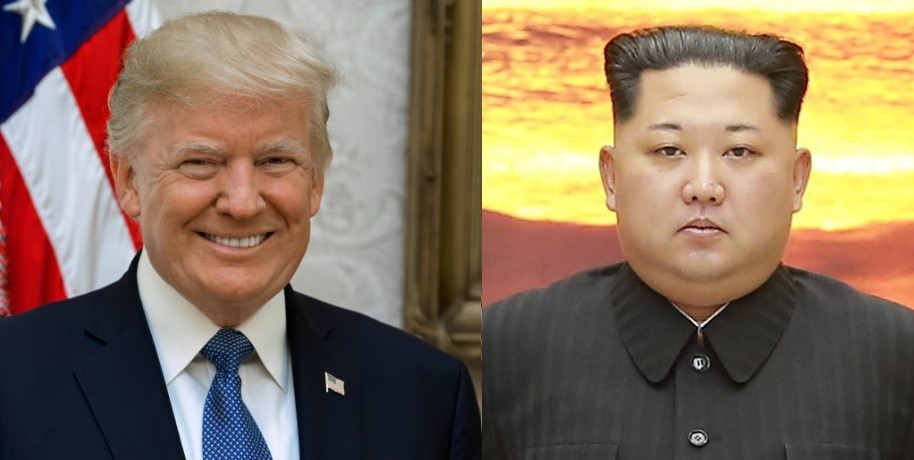 The meeting set for this June between U.S. President Donald Trump and North Korean leader Kim Jong-Un is likely to happen, but it is less certain whether it will lead North Korea to denuclearize, says UAlberta historian Brian Gold.

Heartwarming pictures of North Korean leader Kim Jong-Un being greeted at the border by South Korean president Moon Jae-In dominated news last week. While the summit—the first time a North Korean leader had ever stepped into the democratic South—was flawlessly executed in terms of optics, it was decidedly less effective in providing steps for “denuclearizing” the peninsula.

Last week’s South-North summit, the third between leaders of the two countries, reaffirmed previously formulated steps for achieving peace dating back as far as 1972. The summit’s real goal is to improve the image of the dictatorial North Korean leader, and for South Korea’s Moon to give all credit to the U.S. president, suggesting Trump win a Nobel Peace Prize. All of this is to create an unstoppable momentum towards the truly historic summit coming up: the June meeting of Trump and Kim.

For a quarter-century, North Korea has said it will reduce its nuclear weaponry in return for diplomatic relations with the U.S., starting with a presidential summit. For its part, no U.S. president before Trump has seriously considered this without demanding that North Korea first give up all nuclear weapons. It is this historical background that makes Trump’s seemingly spontaneous decision on March 8 to meet Kim so astonishing—it reverses decades of American policy.

Since the announcement, “hawks” in the Trump administration have warned that the June summit may not happen or will lead to war if North Korea does not agree to denuclearization. Nonetheless, while Trump is certainly the most unpredictable president ever, it seems unlikely he will cancel.

This is due to two reasons. First, Trump needs support from his voter base in the face of ever-tightening investigations into his administration, and historically low approval ratings. Trump’s base is presently enamoured with the idea of him winning a Nobel Peace Prize. In addition, for some years much of the American alt-right that supports Trump now sees hyper-nationalist and reclusive North Korea as an ally in their fight against “globalism.”

Second, Kim’s successful summit with Chinese president Xi Jinping in late March reduced the credibility of American threats of war and sanctions. Even before the summit, China had said it will honour their 1961 military pact with North Korea, raising the risk of a superpower nuclear war if America strikes the North. Sanctions require Chinese compliance to be effective. By accepting a summit, many Chinese see “art-of-the-deal” Trump as now responsible for what happens, and no longer requiring Chinese help. Rents are skyrocketing in the Chinese border city of Dandong, the major trade conduit with North Korea, indicating an expectation that sanctions will soon be irrelevant for Chinese business.

During the Trump-Kim summit, the position of the Trump administration (but not Trump himself) will be clear: North Korea must take substantial up-front action to reduce nuclear weapons. In contrast, I predict, the North will suggest a slower approach and extend the discussion to American weapons. This divide may be bridged by unprecedented North Korean nuclear arsenal cuts in exchange for unprecedented U.S. diplomatic ties and economic aid.

The North and the South have recently stated that U.S. military bases can remain in South Korea—an unprecedented Northern concession. However, White House leaks state that in February, Trump wanted to order U.S. troops out of South Korea. Trump is the largest unknown.

Anything is possible at a summit where Trump may be trying to pull American soldiers out of Korea, while Kim is arguing for them to stay.

Brian Gold is an instructor in modern East Asian history and East Asian studies in the Department of History and Classics.

This article originally appeared May 5 in the Edmonton Journal.