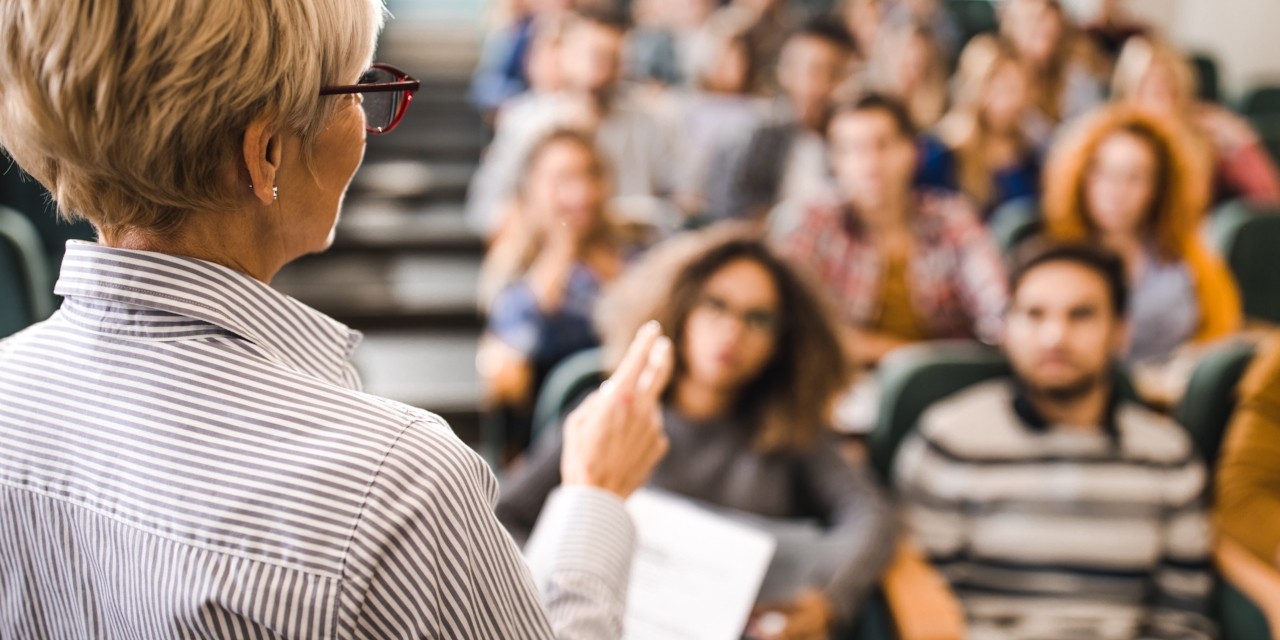 Prioritizing government funding of higher education based on economic outcomes jeopardizes the academic freedom necessary to both research and teaching, argues a political science PhD candidate at the U of A. (Photo: Getty Images)

Now that the UCP is in power, there’s been a broader outline of some policy initiatives on the horizon. Although details are still slim, the UCP has said that they’ll be pitching legislation that could compel Alberta universities to better protect freedom of speech on campus.

Similar to Ontario, there’s also the potential that continued government financial support would be contingent on compliance. Additionally, the UCP has promised to investigate the labour market outcomes of graduates to make sure government funding is commensurate with a return on public investment.

The implication is clear: economic-performance indicators should be able to prioritize the government’s funding of higher education.

The first policy proposal is mostly redundant. There are already robust policies and practices in place. That said, there are still distressing events occurring at an impressive cadence on campus. Most of these controversies are not wins for the left. In fact, they’re usually strategic disasters and provoke predictable backlashes.

However, the real catalyst for these policy initiatives (in the United States, Ontario and now Alberta) is adding symbolic legitimacy to a contemporary folk theory that is popular with the conservative base: that there’s a free-speech crisis and it is non-controversial conservative opinions that are slowly becoming extinct.

There’s been much criticism of the Chicago Principles as a dog whistle or a Trojan horse for potentially harmful expressions to be given more space on campus. These concerns are unfounded exaggerations given the robust legal landscape in Canada. The far more compelling aspect of these proposals is how discourses of marginalization and victimization are being successfully brandished on the right and turned into political capital, using the campus as a key site of political contestation.

The second policy proposal is much more worrying, and I say this as someone who cares deeply about the university. The single greatest threat to freedom of speech on campus today is precarious employment. The reason that the university is so particular and worthy of preserving is that it is one of the only places in which the ideals of open inquiry and unbridled critique can flourish.

When scholars fear the potential repercussions of their teaching and research, they self-censor, take fewer risks and imbibe conventions uncritically. As a result, scholarship suffers, students suffer and the university as a whole suffers. Further, when scholars only focus on teaching and research that is likely to be valued in economic terms (or economic rewards), the pursuit of truth and knowledge is compromised. Importantly, this concern transcends the left-right spectrum.

Nonetheless, largely conservative critics of higher education have attempted to portray campus administrators as cravenly capitulating to politically correct mobs intent on censoring ideas they don’t like. In reality, the major threat is that universities are increasingly becoming a business and, in particular, adopting a customer service model of education that is neither protecting freedom of speech nor preparing students for future challenges.

Ironically, then, both of these policy proposals are antithetical to their purported goals. The first proposal violates a crucial precondition for freedom of speech on campus: autonomy from external interference. Given the UCP predilection to decry all forms of bureaucratic regulation, it seems counterintuitive that the precise problem for many conservatives would somehow be a solution to only this particular issue.

This is not to suggest that the various campus controversies of late do not merit serious attention. But would increased government oversight necessarily solve the problem? A better route would be to consult with university communities to see what priorities and opportunities they might identify in keeping freedom of speech alive on campus.

After all, it’s not that university administrations are inherently antagonistic to the concept, but that they need to balance competing interests when conflicts arise. When, for example, universities compete for scarce (public) resources, they are more susceptible to controversy and are less likely to take principled stands that could affect their bottom line and public image.

The second proposal would more fundamentally jeopardize freedom of speech. The ongoing subordination of higher education to the market will only cement and expand the troubling conditions of precariousness among scholars.

It also encourages students to think of higher education merely as a means to an end (employment), rather than an innate good that provides society with thoughtful and informed citizens. Thus, redefining the university’s mission solely in economic terms would be a disaster for open inquiry.

Freedom of speech isn’t free. It requires a collective commitment to create sufficient conditions for properly functioning universities and especially an appreciation of the non-material benefits of knowledge production. If the UCP follows through on their promises, they will be doing precisely the opposite on both fronts.

Dax D’Orazio is a PhD candidate in the Department of Political Science.

This opinion-editorial originally appeared May 14 in the Edmonton Journal.