COMMENTARY || Unproven stem-cell treatments can be dangerous. The hype needs to stop 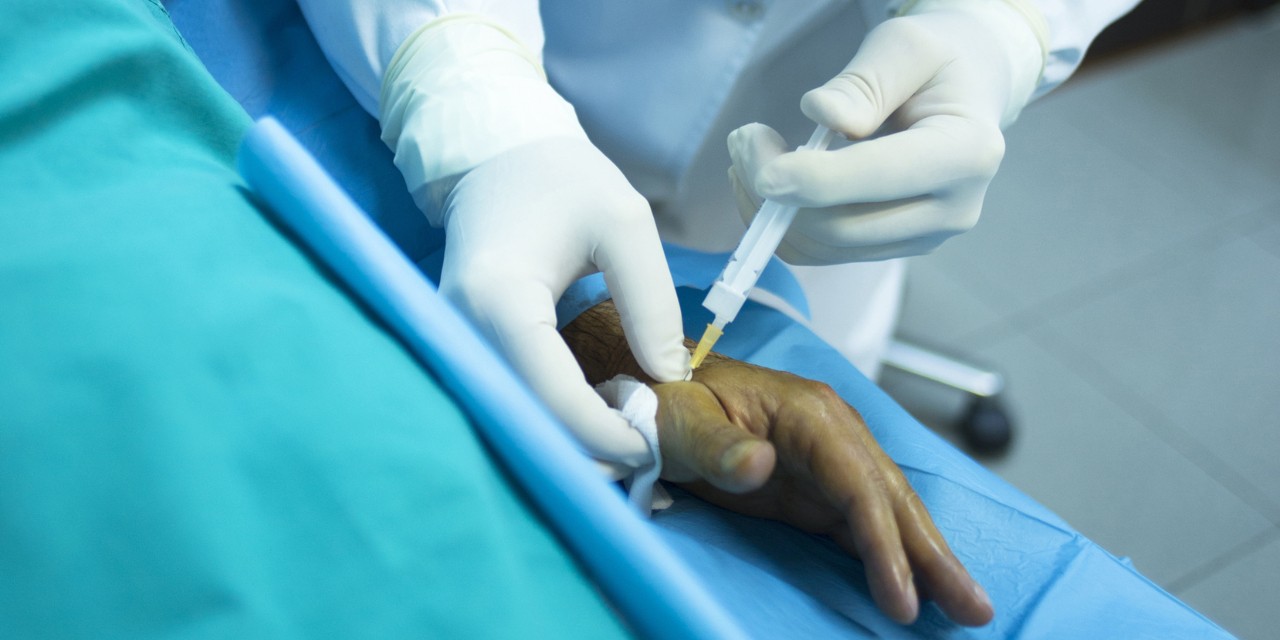 Despite scant evidence, a growing number of stem-cell treatment clinics are offering services purported to help heal injuries, relieve pain and fight aging—with consequences that can be harmful, according to U of A health law expert Timothy Caulfield. (Photo: Getty Images)

For the past two decades, stem-cell research has received almost nonstop attention from the media. It has consistently been framed as a paradigm-shifting revolution that will transform medicine forever.

But despite all the promises and hype, there are still only a handful of stem-cell treatments with the evidence base to justify clinical application, such as the use of cells from bone marrow to treat some forms of blood cancer. Almost all other stem-cell interventions should be considered experimental or completely unproven.

This lack of evidence has not slowed the proliferation of clinics offering such treatments. These clinics, which are often run by practitioners who lack the necessary training, market stem-cell-based regenerative therapies for everything from MS to autism to spinal cord injuries. In North America, where there are hundreds of clinics, the services often focus on orthopedic injuries, pain relief and cosmetic and anti-aging goals.

There is also a parallel and equally science-challenged industry that simply uses the language of stem cells—a process I call “scienceploitation”—to push a host of allegedly regenerative products and procedures, including the Vampire facial popularized by Kim Kardashian, stem-cell-boosting supplements and innumerable anti-aging stem-cell lotions and creams.

The rapid growth of the industry, which is predicted to be worth US$145-billion by 2021, is both stunning and truly disheartening. What’s most problematic is that there have been numerous reports of serious injuries, including blindness, infections and the growth of tumours. In addition, desperate patients are wasting large amounts of money on procedures that, at best, likely work no better than a placebo or, at worst, may cause serious harm.

What is going on?

The years of near-unfettered science hype has built public expectations and allowed the use of stem cells—or merely the deployment of the phrase “stem cells”—to become a powerful marketing opportunity. Research I have done with my colleagues at the Health Law Institute at the University of Alberta has found a high degree of stem-cell hype throughout the knowledge translation process. For example, early stage stem-cell research is often portrayed by researchers and the news media as if it will make its way to the clinic faster than is reasonably possible.

Our research has also found that the clinics offering these services are often depicted in a very positive light, giving the impression that spending money on these unproven therapies might be a reasonable option. Further hype can be found on social media, where posts and exchanges are overwhelmingly positive. And the spread of patient testimonials, such as those that can be found on YouTube, add a persuasive narrative element to the marketing of these unproven therapies.

This steady drumbeat of hyped representations has created a situation in which the efficacy of stem cells is now taken for granted. When the media presents a story about these services—such as when a professional athlete receives a treatment—it is often framed as if the relevant procedure is both effective and routine. This kind of implicit hype can also be found in the many crowdfunding campaigns—and in the media reports about those campaigns—where patients seek funds to obtain unproven therapies. There should be critical analysis of the relevant science.

Thankfully, we are finally seeing a regulatory response. In the United States, the Food and Drug Administration has started going after clinics offering unproven treatments. There are class-action lawsuits and legal injunctions against prominent stem-cell clinics. And Health Canada recently issued a public warning about the sale of unproven stem-cell therapies.

While these actions are encouraging, much more needs to be done. Indeed, stem-cell clinics offering therapies are now affiliated with respected academic institutes, renowned health-care systems and employee wellness programs. But the idea that these therapies are ready for the clinic is rarely the case and can be dangerous. Reversing the stem-cell hype will not be easy, particularly given that many of the relevant players have benefited financially from the positive attention and years of lax regulation.

What is needed is a multipronged policy response that includes more robust action from federal regulators such as Health Canada and the FDA, more enforcement of truth-in-advertising rules and more oversight by regulatory bodies monitoring health-care professionals.

This last policy tool seems particularly relevant. Studies have consistently found that regulated health professionals are often involved in the clinics marketing stem-cell products and procedures. Regulators should, as part of their responsibility to protect the interests of the public, stop their members from offering unproven and potentially harmful therapies.

Of course, this is also a science communication issue. Twenty years of pop-culture enthusiasm for all things stem cell have facilitated the growth of a massive, science-free, placebo theatre that has allowed clinics to leverage the language of real science in order to sell bunk. The stem-cell research community needs to take care not to overhype their work and, perhaps more importantly, must help recalibrate public expectations.

Timothy Caulfield is a Canada Research Chair in Health Law and Policy at the University of Alberta and host of the TV documentary series A User’s Guide to Cheating Death.

This opinion-editorial originally appeared July 10 in The Globe and Mail.

COMMENTARY || Unproven stem-cell treatments can be dangerous. The hype needs to stop