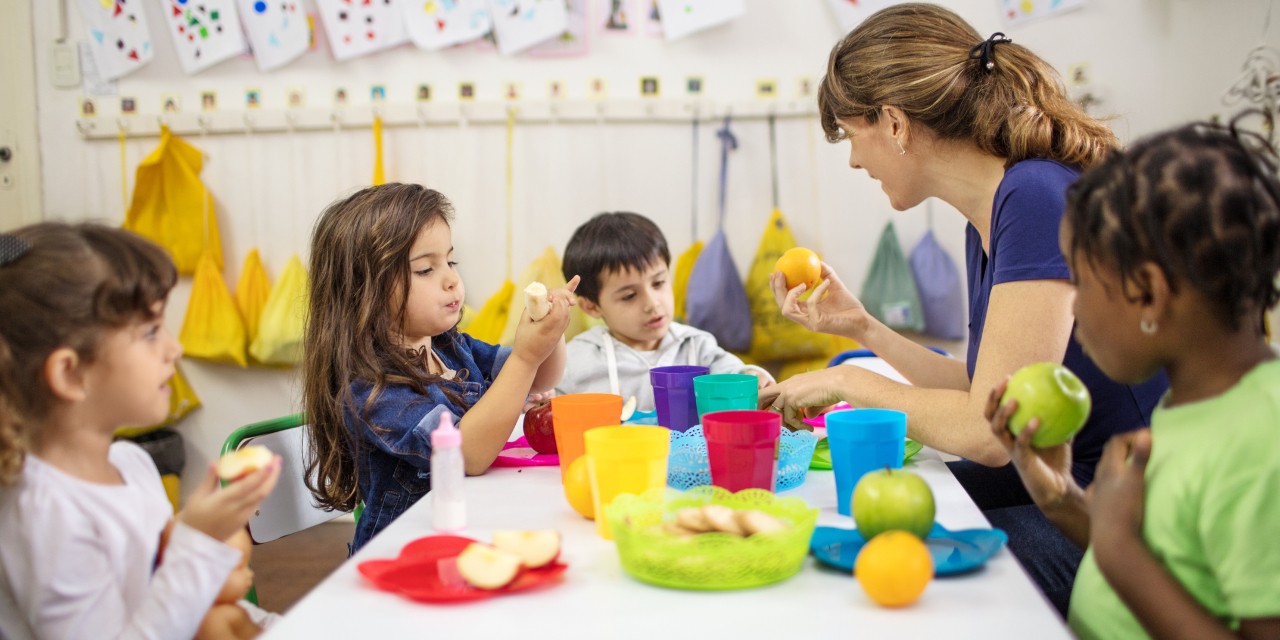 Promoting healthier diets and active living in schools and daycares is one way municipalities can take a "fit cities" approach to tackling public health epidemics like obesity and diabetes, says U of A preventive medicine specialist Karen K. Lee. (Getty Images)

Every January, people resolve to lose weight, eat healthy and be more active. Yet, by the end of the month, most people who started the year with the best of intentions have given up, usually having failed in the behaviour changes they had planned to make.

At the same time, provincial health-care budgets across the country have been rapidly rising because of our current non-communicable disease epidemics such as diabetes, cancers, cardiovascular diseases and mental health issues. Childhood obesity has risen even more rapidly, and we are now seeing chronic diseases previously unseen until middle and old ages—conditions such as Type 2 diabetes, high blood pressure and high cholesterol—in children and young adults. Complications such as heart disease and strokes, blindness, kidney failure requiring transplants or dialysis, now likely await these children in early adulthood.

Rapidly rising health-care costs across Canada are increasingly affecting available budgets for other critical provincial areas such as education and municipal infrastructure. Aging populations and air pollution also affect rates, complications and mortality from these diseases.

Much has been done around health education. But the epidemics of obesity and diabetes in Canada—and the health-care and societal costs from them—continue to rise. The need for solutions is dire.

The good news is there are solutions.

There are jurisdictions that can serve as examples of what can be done, places that have managed to reverse their childhood obesity epidemics and improve chronic disease outcomes. New York during Michael Bloomberg’s administration is one such case study. During a mere 12 years of his tenure, decades-long rising childhood obesity trends were reversed and life expectancy in the city grew to 2.2 years longer than the rest of the country in large part because of improved chronic disease outcomes.

How did New York do it, and what can we in Canada learn from its example? As it turns out, many of the solutions to our health epidemics and costs lie not just within our health-care system, but outside of it.

The solutions to creating fitter individuals and health-care systems today lie in creating “fit cities.” When I arrived in New York in 2006 from the U.S. Centers for Disease Control and Prevention, the city was in the midst of an obesity and diabetes epidemic.

In contrast, obesity and diabetes were the two health conditions getting worse. With scientific evidence growing for the importance of supportive environments to accompany individual efforts, and inspired by its own successes in tobacco reduction, the city’s health department embarked on a policy and environmental approach to healthier diets and active living.

Among the interventions were daycare regulations for healthier food and beverages, imposing a maximum TV-allowed time and a minimum 60 minutes of daily physical activity; improving school foods and beverages as well as physical activity time and increased spaces for children’s physical education and recess; and introducing labelling on restaurant menus so people could have calorie information, among many other initiatives.

We in Canada are learning from examples such as this. In 2018, the Public Health Agency of Canada approved a grant to the University of Alberta called Housing for Health, where more than 100 partners from different departments of government, the private sector, the non-profit and community sectors, and the academic sector are working together to create healthier housing developments and surrounding neighbourhoods.

But more is needed across Canadian jurisdictions to support people in their attempts to be healthy and to sustain our highly valued health-care system for future generations.

Karen K. Lee is a physician and director of Housing for Health, and an associate professor in the Faculty of Medicine & Dentistry. She is the author of the new book Fit Cities: My Quest to Improve the World’s Health and Wellness—Including Yours.

This opinion-editorial originally appeared Jan. 3 in The Globe and Mail.