With more than 15,000 km on roads or in waterways, Canada's 'Great Trail' is neither safe nor accessible. 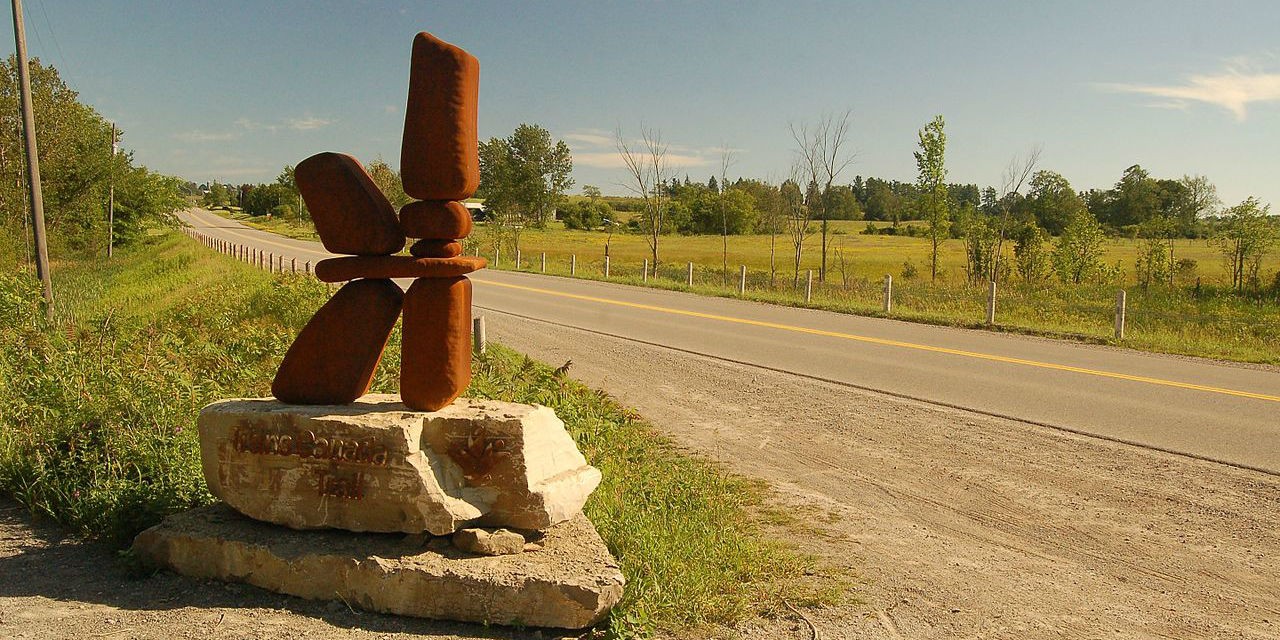 And now, after a 25-year effort and the hard work of "devoted and fun-loving volunteers, partners and donors," the Trans Canada Trail organization is celebrating a "momentous collective achievement," the fulfilment of a "major Canadian dream," the full connection of the Great Trail of Canada: "It's the longest trail system in the world, and it's in our backyard. This is Canada's path."

Sadly, these celebrations are premature. The national dream is still not achieved. The Trans Canada Trail does not meet minimum standards; it is neither safe nor accessible.

The warning signs were visible as early as 1999 when TCT executive director John Bellini revealed that nearly 5,000 kilometres of trail would be open to motorized all-terrain vehicles. Founding president Bill Pratt responded angrily that this contravened basic policy and, further, motorized access meant "that trail will be of no use."

Only during the past year and a half, however, has the trail's failure to fulfil its mandate become painfully obvious. In August 2016, Valerie Pringle, co-chair of the TCT Foundation, confirmed that 8,500 kilometres of "trail" would be on roads and highways.

And in January 2017, Deborah Apps, president and CEO of the TCT organization, declared that 7,000 kilometres would be in lakes and rivers. (Several months earlier, the organization had reported that 5,000 kilometres—later revised to 6,200 kilometres—would be so-called "blue trail.")

This new reality is a betrayal of the TCT organization's core principles, including its commitment "to provide a safe and enjoyable trail experience on high-quality trail." Motivated by a horrific accident near his Alberta ranch that killed three teenage cyclists and injured six, founder Bill Pratt pledged a safe and accessible trail built mainly on abandoned rail lines and located far from roads and highways.

Founding sponsor Chrysler Canada accurately summed up donor expectations when it proclaimed, "You will never see a Jeep on the Trans Canada Trail. But you will see Canadians of all ages enjoying the trail for recreation activities like walking, hiking, cycling, horseback riding and cross-country skiing."

These expectations still prevail. In September 2016, the prestigious American publication The Atlantic wrongly reported in CityLab that "The Trans Canada Trail—often called The Great Trail—will be a 14,864-mile network of car-free paths stretching across the whole of Canada's 13 provinces and territories." The amazing news of Canada's "car-free" trail flashed like lightning through the world's print and digital media.

Parliament should intervene and, taking a page from our national highway policy, adopt a Trans Canada Trail Act that sets minimum standards for safety and quality and regulates the use of the terms "Trans Canada Trail" and "The Great Trail of Canada." The Trans-Canada Highway Act, adopted in 1949, provides an exemplary model.

Construction of a national highway was initially proposed in 1912 and, in 1925, Perry Doolittle drove a Ford Model T automobile coast to coast by fitting it with special wheels that allowed him to ride on railway tracks. But not until 1970, after meeting requirements outlined in the federal legislation—for routing, surfacing, width and gradient—did Canadians boast about connecting the world's longest highway.

On Nov. 1, 2017, Pam Damoff (MP, Oakville North-Burlington) presented Petition e-957, which I initiated, in the House of Commons, calling for the adoption of a Trans Canada Trail Act that will ensure the trail is a genuinely non-motorized and world-class greenway. Environment Minister Catherine McKenna now has 45 days to table a reply. A positive response is urgently needed to restore integrity and protect lives.

Edmund Aunger is a professor emeritus in political science at the University of Alberta. His wife, Elizabeth Ann Sovis, a strong advocate for non-motorized trails, was struck and killed by a drunk driver while on a Trans Canada Trail cycling holiday.

This article originally appeared Nov. 18 in The Globe and Mail.