Follow the data, which from 1993 to 2019, indicate focusing on above-average goaltending, team defence, strong penalty killing and two-way play as the keys to get ahead, according to academics. 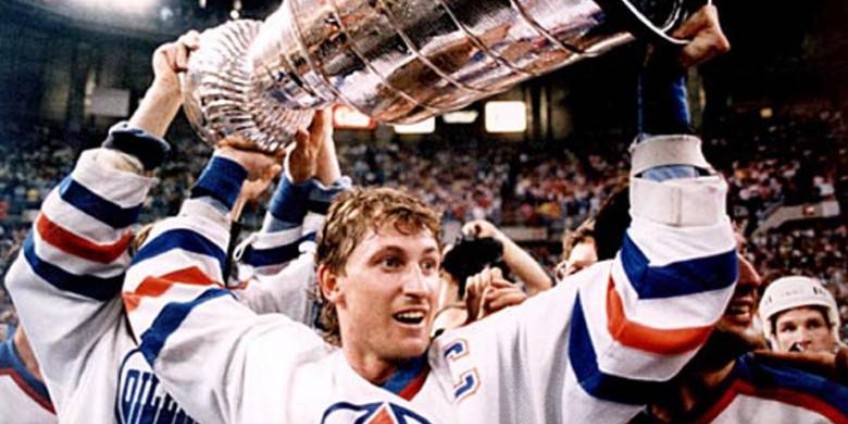 Edmonton Oilers captain Wayne Gretzky hoists the Stanley Cup for the first time in 1984. The team went on to win the Cup five times, but hasn't won since 1990. (Photo: Oilersnation.com)

By WILLIAM HANSON and DAMIEN CORMIER

As academics, we turn to the data.

From a data standpoint, extrapolating from small samples is challenging. With only one Cup winner and 16 playoff teams a year, it’s tough getting enough data to draw strong conclusions. If the drought gave us anything, it’s a decent amount of longitudinal data regarding potential predictors.

Moreover, it appears winning Cups isn’t about chasing, or emulating, teams like the Tampa Bay Lightning, who were handily swept in this year’s playoffs. If the Oilers prioritize things like shot metrics and “keeping up with the Joneses,” they’ll fall farther behind. If, however, they prioritize data-based predictors, like goalie save percentage, goals against average and reducing giveaways, they’ll get ahead.

Overall, hockey analytics identify above-average goaltending, team defence, strong penalty killing and two-way play as particularly important qualities. The Blues and Bruins have these qualities in spades. They’re spitting images of each other. However, they also have two qualities that are difficult to measure: experience and grit. The Bruins have more experience and the Blues have more grit. By grit, we mean dogged determination. In early January, the Blues were dead last in the standings. Look at them now.

The recent hiring of veteran bench boss Dave Tippett bodes well for the Oilers. By all accounts, he’s an extremely good coach; he not only emphasizes structure, defence, character and grit, but also champions offence and “flourishing with the puck.” The Oilers are in seemingly good hands with new GM Ken Holland and coach Tippett, provided they make the playoffs.

To end the Cup drought, Canadian teams should step back, look at the big picture and emphasize meaningful data-based metrics. And in evaluating performance, they should use floodlights instead of spotlights, focusing most sharply on team play, not individual players. Floodlights are more illuminating.

Hockey is the quintessential team sport. It’s not about individual superstars, like it is in the NBA. Think Kawhi Leonard of the Toronto Raptors. He single-handedly wins games. That doesn’t happen in hockey. In fact, since 1993, only two Cup champions had Hart winners or league MVPs on the team. It takes more, like synergistic line combinations, smartly paired defencemen and good team chemistry.

Oh, and in Canada, it also takes something else: team pride. Hockey is Canada’s lifeblood. As a player, what could possibly be better than skating Lord Stanley’s Cup in the greatest hockey country in the world? It’s time; 26 years is long enough.

William Hanson and Damien Cormier are educational psychologists in the Faculty of Education.

This opinion-editorial originally appeared June 1 in the Edmonton Journal.