COMMENTARY || What my hate mail reveals about growing public distrust

U of A health law expert Timothy Caulfield and colleague Alessandro Marcon examined hate mail to find the common themes that emerged. Here’s what they found. 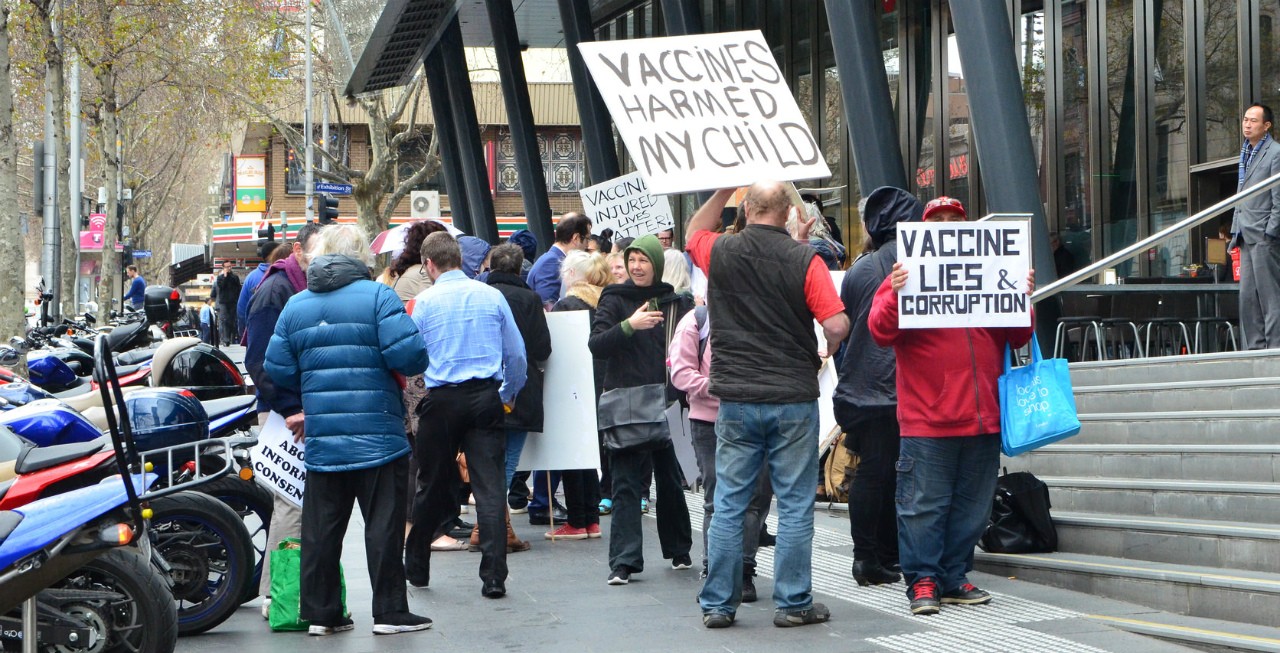 Analyzing negative responses to an article he wrote about vaccines and naturopathy, Timothy Caulfield and U of A colleague Alessandro Marcon found that commenters distrust what they see as a corrupt medical establishment driven by the profit motive. (Photo: Alpha via Flickr, CC BY-NC 2.0)

If you write about controversial stuff, you are bound to get a bit of hate mail. I get hate mail. Some of it is comprehensive (“I have yet to agree with any argument you have made about anything”). Some of it is pretty frivolous (there are people who really don’t like my glasses). Some seems ideologically motivated (“M.A.G.A., Libtard!”). And some of it is beautifully succinct (“F*ck you, Timothy. Just f*ck you”).

But within all the noise and the ad hominem attacks, interesting themes have emerged. Over the years I’ve noticed that no matter the topic, people let fly with many of the same complaints and insults. Whether I’m writing about homeopathy, acupuncture, celebrity health nonsense, supplements, the wellness industry, genetic testing or unproven stem cell therapies, people seem to be angry about similar things.

Not long ago I worked with my University of Alberta colleague Alessandro Marcon to undertake a more systematic examination of the comments I receive. We picked an article I wrote for the Globe and Mail about vaccination policy and naturopaths. My piece highlighted the value of vaccination and the problems with the antivaxx rhetoric flowing from the naturopathy community. I got a lot of pushback, likely because it touched on two polarizing topics: vaccination safety and the efficacy of alternative health-care practices. While the vast majority of Canadians support routine vaccination, there remain a vocal minority who are hardcore antivaxxers. And many others feel passionate about the value of alternative medicine.

While not all of the comments were aggressive and hate-mail-ish (4.8 percent of the comments were removed by the Globe for not meeting its civility standard, so we likely missed some of the best stuff), we thought this analysis could serve to document central messages. These readers were motivated enough to write to the paper, so it is safe to assume they were highlighting their key concerns.

So, what did we hear after looking at 330 comments made by 116 different individuals? The bottom line: Trust is a huge issue.

Again and again, commenters raised the issue of a lack of trust—in researchers, physicians, pharmaceutical companies, government, the “corporate” media and, of course, me. At the core of many of these claims was the role of the profit motive. Studies including research I did with my colleagues at the Health Law Institute have consistently demonstrated that funding from industry erodes, rightly or not, public trust in research—and this is particularly so in the context of vaccines. Indeed, a 2017 study exploring the concerns of vaccination-hesitant parents found that “perceptions of the profit motive generate distrust in the expert systems pertaining to vaccination.” There has also been an erosion of trust in the medical profession. In the US, for example, only 34 per cent have great confidence in medical leaders. In 1966 that number was 73 per cent. That is a huge decline, one that makes room for alternative sources of scientific information to become more dominant.

Some of the trust concerns we heard were likely fuelled by evidence-free conspiracy theories that suggest the government is in cahoots with industry to sell vaccines they (allegedly) know are dangerous. Shockingly, a 2014 survey found that 20 per cent of the Americans believe this to be true and 36 per cent are not sure. But we shouldn’t forget that there have been many high-profile real events that the public can point to in order to justify a growing lack of trust.

In just the past few months there have been stories about an influential stem cell researcher falsifying data, leading to the retraction of dozens of studies in high-impact journals and the cancellation of once promising clinical trials. It was also recently revealed that a well-known cancer researcher failed to disclose millions of dollars of industry funding. There are, of course, many other notorious examples of industry misconduct, including the Vioxx scandal from just a few years ago that resulted in criminal charges and a billion-dollar fine. And it is well documented that industry involvement can impact the production and dissemination of biomedical knowledge—a reality that is arguably becoming more problematic as researchers face intensifying pressure to commercialize their work.

The comments attacking my Globe article also referenced—no surprise—a lack of trust in me. They said I’m not qualified to comment, or that I’m trying to help bury the true research, or that “Big Pharma” has purchased my opinion. Again, this kind of attack is a very common tactic both for those advocating for alternative practices and for those speaking against vaccines. It serves to discredit the messenger (me) and the facts I use to support my argument. And, unfortunately, research has shown that these kinds of personal attacks are effective. A 2018 study found that “ad hominem attacks may have the same degree of impact as attacks on the empirical basis of the science claims.”

(For the record, I do not receive industry funding for my research or for the support of my students or research team. I do no paid consulting for industry or anyone else. I have no financial interest that requires disclosure in any company. I am not paid for any of the committee work I do. The show I host, A User’s Guide to Cheating Death, was not funded by Big Pharma or the medical profession. And, despite frequent allegations to the contrary, no company has ever approached me with a request to alter my research or opinion. I work with a speakers’ bureau, a commercial publisher and a TV production company.)

Those wishing to put forward a particular perspective—such as questioning the safety of vaccines—are obviously aware that leveraging the public’s mistrust can have a big impact on public discourse. As noted in the conclusion of the 2018 study, “91 per cent of anti-vaccine websites explicitly claim that the biomedical field is rife with conflicts of interests and this communication tactic may play a part in the success of the anti-vaccine movement.”

The reasons people turn to alternative therapies and away from vaccination are complex and vary from individual to individual. But a lack of trust in the conventional health care system and the research enterprise is increasingly a key part of these social trends. Supporting policies that facilitate independent science and research integrity not only will lead to the production of good evidence, but will also make it easier to combat the spread of misinformation.

The tone of these missives could certainly be improved, and very frequently they involve odd logic leaps or stuff that is simply factually inaccurate (there is still no evidence to support the claim that vaccination is linked to autism). But the consistency of the trust concern is telling. Getting hate mail usually isn’t the best part of my day—though some of it is pretty darn funny and creative—but it can provide insight into what is driving the embrace and spread of health misinformation.

COMMENTARY || What my hate mail reveals about growing public distrust