The popularity of vaping and the missed opportunity to regulate it are threatening progress on reducing tobacco use in Canada, U of A expert warns. 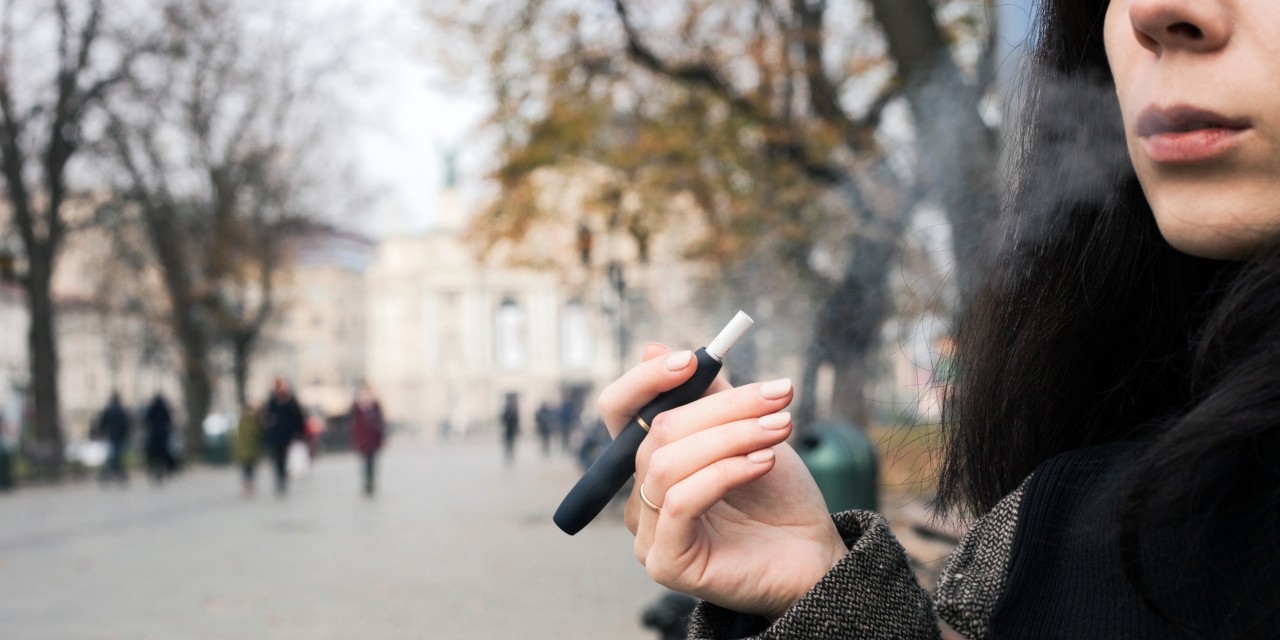 The rates of tobacco use among adults and youth in Canada have been declining steadily for the past several decades. In fact, the latest Canadian Community Health Survey conducted in 2017 revealed that the rates of youth and adult smoking were at an all-time low.

These declines resulted from concerted and sustained action from health organizations and professionals, all three levels of government, employers, the education sector and others. This co-ordinated action represents a huge public health success story that has created a culture of non-smoking in Canada.

Despite these enormous gains, several challenges remain and more than five million Canadians continue to use tobacco products. Equally disturbing is the fact that about 100,000 teens continue to start smoking each year in Canada.

One of the biggest challenges facing tobacco control at present is the explosive rise in youth vaping.

The advent of nicotine vaping devices has been accompanied by aggressive marketing campaigns that closely resemble outlawed tobacco industry campaigns of the past.

“Stealth” vaping devices like Juul and Vype have flooded the market in tandem with massive promotions including television and radio advertising, social media campaigns, print media advertising, and retail displays and promotions. These stealth devices are easy to conceal and contain very high levels of nicotine that can easily lead to addiction.

Not surprisingly, teen vaping has risen sharply over the past several years. In Alberta, the rate rose from eight per cent in 2015 to 22 per cent in 2017—a threefold increase in just two years. The number is expected to be even higher when the 2019 data are released.

The all-time low rate of teen smoking is also in jeopardy, with recent surveys pointing to a significant rise in youth tobacco use for the first time in decades. Increased rates of youth vaping and corresponding nicotine addiction cannot be overlooked as a possible cause of this rise. Several studies have revealed that teens who vape are much more likely to start smoking than kids who do not vape, even when other confounding factors are removed.

Imagine a teenager who is addicted to vaping runs out of nicotine pods and finds a pack of cigarettes nearby. Would the teen be tempted to relieve his or her intense nicotine cravings by smoking a cigarette? Given that nicotine is one of the most addictive drugs on the planet, this scenario is quite plausible.

So what can be done to curtail youth vaping? The answer is as obvious as the successful effort to reduce youth smoking.

The vaping companies have responded by launching massive marketing campaigns that are reaching millions of Canadian children and youth.

Recognizing this folly and acknowledging the explosive rise in teen vaping, the federal government is now planning to crack down on vaping promotions—but not anytime soon. The proposed regulations will take at least two years to develop and implement while the vaping “horses” have been allowed to escape the barn and to run at full gallop toward our kids.

In the meantime, provincial and territorial governments are backfilling in the absence of federal regulations. Every province—with the exception of Alberta and Saskatchewan—has passed legislation to control the sale, marketing, promotion and use of vaping products.

The Alberta government can act much quicker than Ottawa, and we hope it will rise to the challenge. Alberta kids deserve first-class protection from tobacco and vaping products. There is no good reason to delay any further. The success in reducing teen smoking should not be compromised.

Les Hagen is an adjunct professor in the School of Public Health and executive director of Action on Smoking & Health, a health charity based in Edmonton.

This opinion-editorial originally appeared May 30 in The Quad.